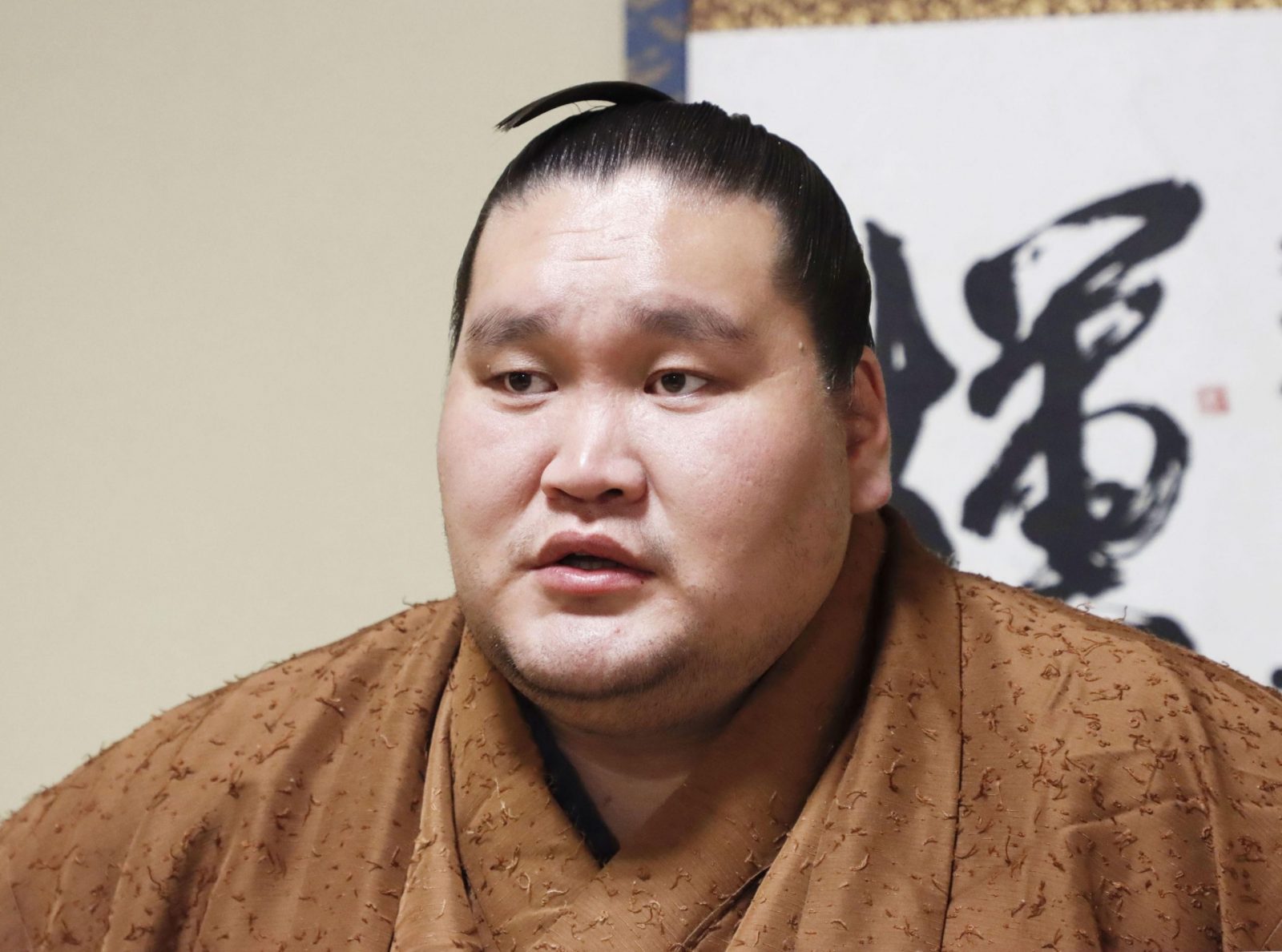 Heading into the final tournament of 2021, yokozuna Terunofuji will be aiming to take the next step in his bid to become the new dominant force in sumo.

The 29-year-old Mongolian will be the clear favorite at the Kyushu Grand Sumo Tournament, which begins on Sunday, November 14 in Fukuoka.

In his debut at the sport’s highest rank, Terunofuji posted an impressive 13-2 record in the September tournament for his first title as a yokozuna and fifth title overall.

Legendary yokozuna Hakuho was absent at that tournament due to a coronavirus outbreak at his stable, and then retired at the end of the month, bringing an end to his illustrious career.

That opened the door for Terunofuji to become the new king of the ring. In the September meet, his only losses were to Meisei and Daieisho.

“We might see the start of a new era,” NHK sumo announcer Raja Pradhan said. “Terunofuji is the sole yokozuna now. The ozeki have been far from championship form, so there is a new gate open for younger wrestlers like Daieisho, Wakatakakage and Meisei. These young wrestlers have a lot of agility and may be able to topple Terunofuji.”

Terunofuji has become much more adept with a fighting style that prevents serious injury. This is important for a wrestler who has had surgeries on both knees.

Meisei will be competing at the third-highest rank of sekiwake. He is known for his speedy attacks and powerful pushing and thrusting style of wrestling.

Daieisho won the September tournament’s Outstanding Performance Award. He is a wrestler capable of pulling off huge upsets, as was evident when he won the New Year title in January.

Both Daieisho and Meisei will be looking to topple the giant Terunofuji again.

In the September tournament, ozeki wrestlers Shodai and Takakeisho both posted 8-7 records. At the second-highest rank, ozeki are supposed to challenge yokozuna for the title, but that clearly wasn’t the case in the previous tournament.

Sumo officials are becoming increasingly impatient with the ozeki wrestlers and will be hoping that Shodai and Takakeisho can put in a better showing this time around.

The lackluster performance of the two ozeki, who can always be demoted, gives rising young stars like Daieisho, Meisei, Wakatakakage and Kiribayama plenty to be motivated about as they bid to move up the ranks.

One wrestler to keep an eye on in Kyushu is Mongolian Kiribayama.

He went 9-6 last time out and is establishing a reputation as a wrestler who can upset higher-ranked opponents.

Kiribayama has been promoted to the fourth-highest rank of komusubi for the Kyushu tournament, meaning he will take on all the elite wrestlers, including Terunofuji.

Keep an Eye on Kiribayama, Hoshoryu

In the September tournament, Kiribayama grabbed the attention of sumo fans by beating many of the top wrestlers including compatriot Ichinojo, who is also the heaviest wrestler in sumo and weighs in at more than 200 kilograms (440 pounds).

Kiribayama has made a rapid rise up the ranks. He entered sumo without prior experience and was promoted to juryo only four years after his debut. Juryo is just below the elite makuuchi division.

Kiribayama has been training under former yokozuna Kakuryu, also of Mongolia, and the former grand champion has been instrumental in Kiribayama’s development as a wrestler.

Another wrestler to keep an eye on in the Kyushu Basho is Mongolian Hoshoryu.

Hoshoryu’s uncle is former yokozuna Asashoryu. Like his famous relative, Hoshoryu has impressed fans with his unorthodox techniques, speed and relentless attacks.

In the September tourney he pulled off a rare ipponzeoi technique where he threw his opponent out of the ring by the arm while moving backwards. To many fans, it was the highlight of the tournament.

As the lone grand champion, Terunofuji will be eager to ring in a new era with his second straight title as a yokozuna.

But those hoping he will fill the void left by Hakuho will be disappointed. Hakuho won a record 45 championships over a career that spanned two decades.

Terunofuji is hoping to embark on a long yokozuna career, but at 29 and with two wonky knees, the expectations have to be tempered.

For now, this is the big question in Fukuoka: Will there be anyone who will stand in his way as he bids to kick off the “Terunofuji Era?”