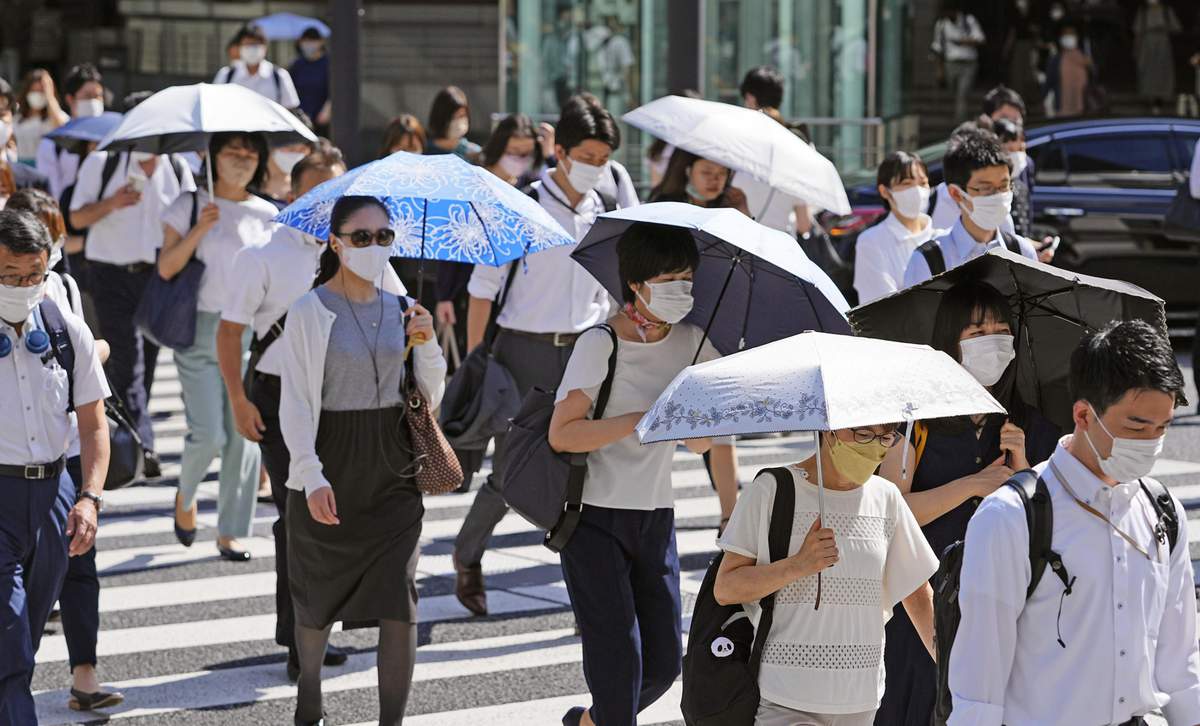 Japan is experiencing record-breaking heat in the week starting from June 27, and it’s forcing the government to issue calls to curb energy consumption for the fourth day in a row on Thursday, July 30.

Nationwide, Japan is experiencing the hottest June since 1875, according to the Japan Weather Association. Even the Tokyo Metropolitan Area is experiencing peaks of 36 degrees celsius. The rainy season, generally associated with June and July, ended up being the shortest since 1951.

An increase by one-degree Celsius can cause a rise in the consumption of air conditioning, leading to a 2-3% insufficiency in the energy supply, according to data from the Ministry of Economy, Trade and Industry data.

Tokyo’s power grid was already under stress with an unstable supply, as testified by an urgent call to cut consumption in March 2022 when the capital saw unseasonably cold weather and an unexpected rise in electricity demand.

Therefore, the government has been issuing calls for the public and industry to decrease energy consumption in consideration of the power grid crunch. The supply has been especially challenging in the hours between 4 PM and 6 PM, when the sun goes down and the supply of solar energy drops.

Government recommendations include putting air conditioners in automatic mode, switching off lights in unused rooms, and avoiding having the TV on unnecessarily.

So far, Tokyo has managed to avoid blackouts as businesses and individuals have reduced their consumption beyond the risky threshold of 95% consumption. Seven-Eleven Holdings, which has more than 8,000 storefronts in the capital, reduced the use of electric appliances and turned off half the lights in the well-lit urban areas of its shops, reported Nihon Keizai Shimbun on June 29.

As the sweltering heat continues, Japanese officials have been stressing the recommendation that residents still turn on their air conditioners “as necessary.”

“There is the fear of heatstroke, so I would like people to use cooling as needed,” said Prime Minister Fumio Kishida on June 28 in his closing press conference following the G7 summit meeting in Germany.

Energy supply is a problem that is expected to present itself throughout the summer and coming winter, however.

One way forward that has been publicly recommended is to restart nuclear reactors deemed safe which have been shut down since the Great East Japan Earthquake in March 2011. Of the 33 nuclear plants operative then, only 10 have been restarted.

The decision has some popular opposition, but if Japan is to reach carbon neutrality by 2030 as called for by energy policy, it needs to increase the percentage of reliance on zero-carbon emissions nuclear energy to approximately 22%, from the current 7% of the total share.

“To maximize the energy supply, we will also make use of nuclear power,” Kishida confirmed on June 28.

The prime minister has also pledged to pursue the use of thermoelectric power stations to address the power crunch.