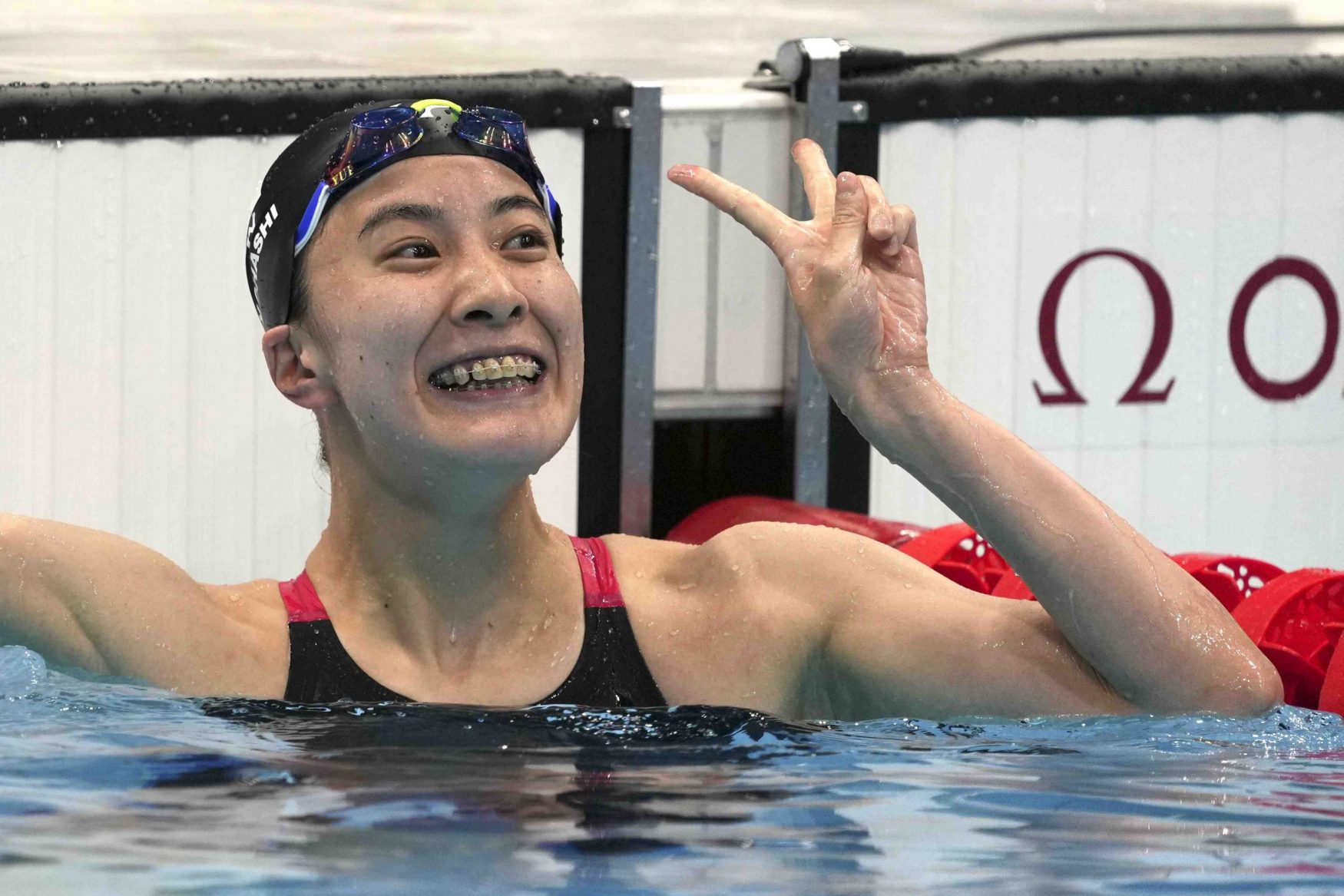 Over the final several meters of the race, Ohashi was swimming 1.53 meters per second (mps), a speed matched by Alex Walsh of the United States. American Kate Douglass was matching that speed, but slipped to 1.52 mps before touching the wall.

Ohashi maintained her poise and stamina and touched the wall in 2 minutes, 8.52 seconds to claim the gold.

The 25-year-old explained that she had a go-for-broke mentality in the race.

I knew it would be a tight race so, to be honest, I wasn’t sure about a gold medal, but I made it somehow,” Ohashi was quoted as saying by Kyodo News.

“I swam the last part of the race thinking win or lose, I want to be able to say I have no regrets.”

Ohashi, who hails from Hikone, Shiga Prefecture, captured the gold in the 400 IM on Sunday, July 25.

Two years ago, Ohashi finished eighth in the 200 IM and third in the 400 IM at the World Aquatics Championships in Gwangju, South Korea. She was second and fourth, respectively, in the same races at the 2017 world championships in Budapest.

Ohashi demonstrated again her proficiency in all four of swimming’s recognized strokes. Gliding through the water in fifth place at the 50-meter mark in the opening butterfly portion of the race in 27.99 seconds, Ohashi moved into second in the backstroke portion and stayed there in medal contention the rest of the race.

She made the turn in second place at the 150-meter mark as the breaststroke phase of the race turned into the freestyle leg.

At that point, Walsh had a slight lead, but Ohashi found an extra gear and overtook the American by a razor-thin margin down the stretch.

Training for the Olympics on a year-round basis, Ohashi expressed gratitude for those who’ve supported her to reach this point, the pinnacle of her swimming career.

“I caused many people a lot of trouble to get this far but I hope I was able to repay them a little bit by this win,” told reporters.

Milak, who set the world record (1:50.73) and won the title at the 2019 world champions, coped with a wardrobe malfunction moments before the final, but once it started he had no other distractions.

“My suit tore 10 minutes before the start of the race, just before entering the call room,” Milak recounted after the race according to the Swimming World magazine website. “At that moment I knew that the world record was gone, because I was totally off focus.

“When that happens to a swimmer, it could be the goggles, or suit, but just prior to a race, it can destroy your focus, absolutely. I got tense. It was on my face and it was no longer that easy to do what I wanted to do.”

Honda was a study in perseverance. In fourth place at each of the first three turns in the 50-meter pool, he moved from fourth into second place on the final lap and hit the wall with a profound sense of accomplishment.

“I swam my ideal race and won a silver medal on top of that, so I’m really happy,” Honda was quoted as saying by Kyodo News after the race. “I think I was calm in the first half [of the race] and all I needed to do was have a strong second half, and I feel that I raced really well.”

What was his mindset before the final?

“I was nervous but I told myself I would have more fun than anyone else, so I soaked it all in from when I entered the arena,” Honda revealed later.

In the women’s 200-meter final, Australia’s Ariarne Titmus triumphed in an Olympic-record time of 1:53.50. Five-time Olympian Federica Pellegrini of Italy, the world-record holder (1:52.98), finished seventh in 1:55.91.