Tamba Sasayama: Reimagining a Rural Town for the Future 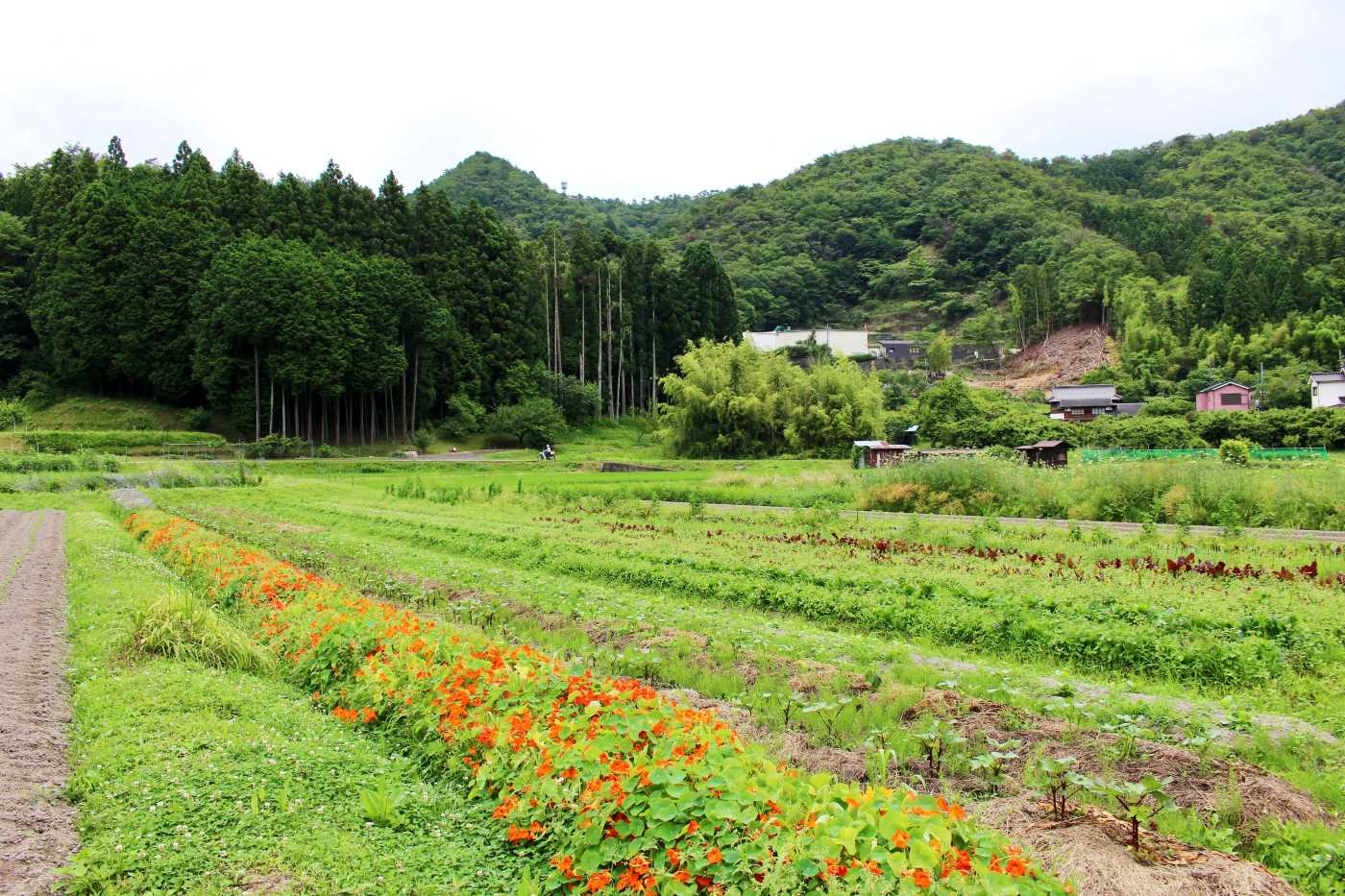 When one thinks of the hotspots of opportunity and innovation in Japan, the first places that come to mind are likely the metropolitan areas of the country. Year over year, more people flock to the major cities from rural areas to get their slice of the cake.

But on my recent visit to Tamba Sasayama in Hyogo Prefecture, I witnessed a small town full of possibilities.

The old castle town community of 42,000 people was established approximately 400 years ago by the Tokugawa Shogunate. Most people don’t know that Tamba Sasayama was an important strategic location for the relatively new government to hold off the daimyo in Western Japan.

Yet, Tamba Sasayama is striving to reimagine the community for the future, while embracing its rich history and quaint landscape. The small city embodies optimism ー and the idea that countryside problems are also unique opportunities for innovation.

Tamba Sasayama and the Innovator School

After about an hour’s train ride from Kobe, I arrived at Furuichi Station in Tamba Sasayama.

When one imagines “nature,” it is common to think of an environment that is free from human influence. But one of Tamba Sasayama’s charms is the area known in Japanese as satoyama. It is an environment where the balance between agriculture, the forest, and villages has been formed and maintained by the hands of human beings. Very few of these sorts of environments remain today.

At the station, I was greeted by Yoshiteru Kira, a local farmer and entrepreneur. Kira showed me around his impressive farm that he operates, along with three full-time employees. Kira Farm grows an assortment of herbs and vegetables, including the black soybean, one of Tamba Sasayama’s most famous produce.

Traveling through Tamba Sasayama, you will see many rice fields and small farms. You might get the impression that agriculture is the biggest economic driver of the city, but you would be wrong. Although many people practice subsistence farming, not many people pursue farming as their primary occupation today.

Kira, who is in his thirties, explains that he is among the youngest farmers in the area. According to him, the average age of farmers in Hyogo Prefecture is upwards of 70 years old. As fewer young people desire a life in agriculture, preserving the man-made “satoyama” environment has become increasingly difficult.

Kira grew up in Tamba Sasayama, but left the town to attend college. He came back several years ago to pursue farming and raise his family in the quiet environment that the city offers. But that’s not the story for many people who leave the area to never return.

However, an entrepreneurial group called the Tamba Sasayama Innovator School, which Kira collaborates with, is trying to change this trend. By turning small-town problems into jobs uniquely suited for the agrarian environment, it aims to create a community where locals can stay and people who live in other parts of the country want to move. In collaboration with both the city government and Kobe University, the Innovator School is promoting entrepreneurship within the city.

Daiki Seto is one of these non-native Tamba Sasayama entrepreneurs. He runs a tutoring business in the city. Seto, who is originally from Kyoto, is one of the coordinators at the Innovator School and operates Sasayama Terakoya Juku (ささやま寺子屋塾).

As a student at Kobe University, Seto had the opportunity to visit Tamba Sasayama and gain hands-on experience in farming. While he was never particularly interested in agriculture, he fell in love with the small community. And when the opportunity arose to move to the city in 2014, he jumped at the chance.

Seto was inspired to start his business when some of the parents in the area expressed disappointment over the lack of tutoring schools for their children in Tamba Sasayama.

While traditional tutoring businesses may operate out of a single property, his business uses different facilities across the city. This allows him to serve a wider range of communities, while also saving on property costs.

In addition to teaching traditional subjects, his curriculum emphasizes critical thinking and problem-solving skills in order to develop the pipeline of young entrepreneurs in Tamba Sasayama.

After my visit to Kira Farm, two local guides showed me around the city center. The area called the “jōkamachi” is lined with shops and restaurants in refurbished historic buildings.

According to one of the guides who was born and raised in Tamba Sasayama, the city center was not always this way. In fact, he says that the area was a bit dilapidated. But thanks to the recent efforts by the local government to transform the cityscape, the once-neglected scene has been returned to its charming original state.

As we walked along the old merchant district, it felt as if we had been transported to the Edo period. The city recently completed a project to place its electrical lines underground and one feels transported to another era when walking through the streets. Along the path, there are museums, cafes, and shops, which sell Tamba ware - the regional pottery.

For my last meal of the day, I stopped at Nipponia hotel. The hotel chain renovates historic properties around the city into beautiful guest lodges. The hotel reception desk and restaurant was situated in an old Meiji period residence of a bank manager.

The dinner course featured some vegetables from Kira farm, which I visited earlier in the day. Knowing the care and attention that had been put into growing the vegetables made me appreciate the meal that much more.

If you are used to the hustle and bustle of Tokyo or any of Japan’s major cities, you will be struck by Tamba’s quietness. But strangely, there is a feeling of opportunity and possibility that is unique to the small town.

The charm of Tamba Sasayama is not necessarily one specific location or any one activity it has to offer. Rather, it's the atmosphere of calm combined with the distinct sense of something stirring in the community. It’s a city that is not giving up, choosing to persevere and rebuild for the next generation.

I concluded the long day of exploring the city at Sasayama Station. There was still much to see in the city so I wished I had stayed at least another day.

When I departed, there was not much in the immediate area surrounding the station, but Daichi Seto promised me that by the next time I come, there would be many shops and cafes.

I hope to visit again soon.