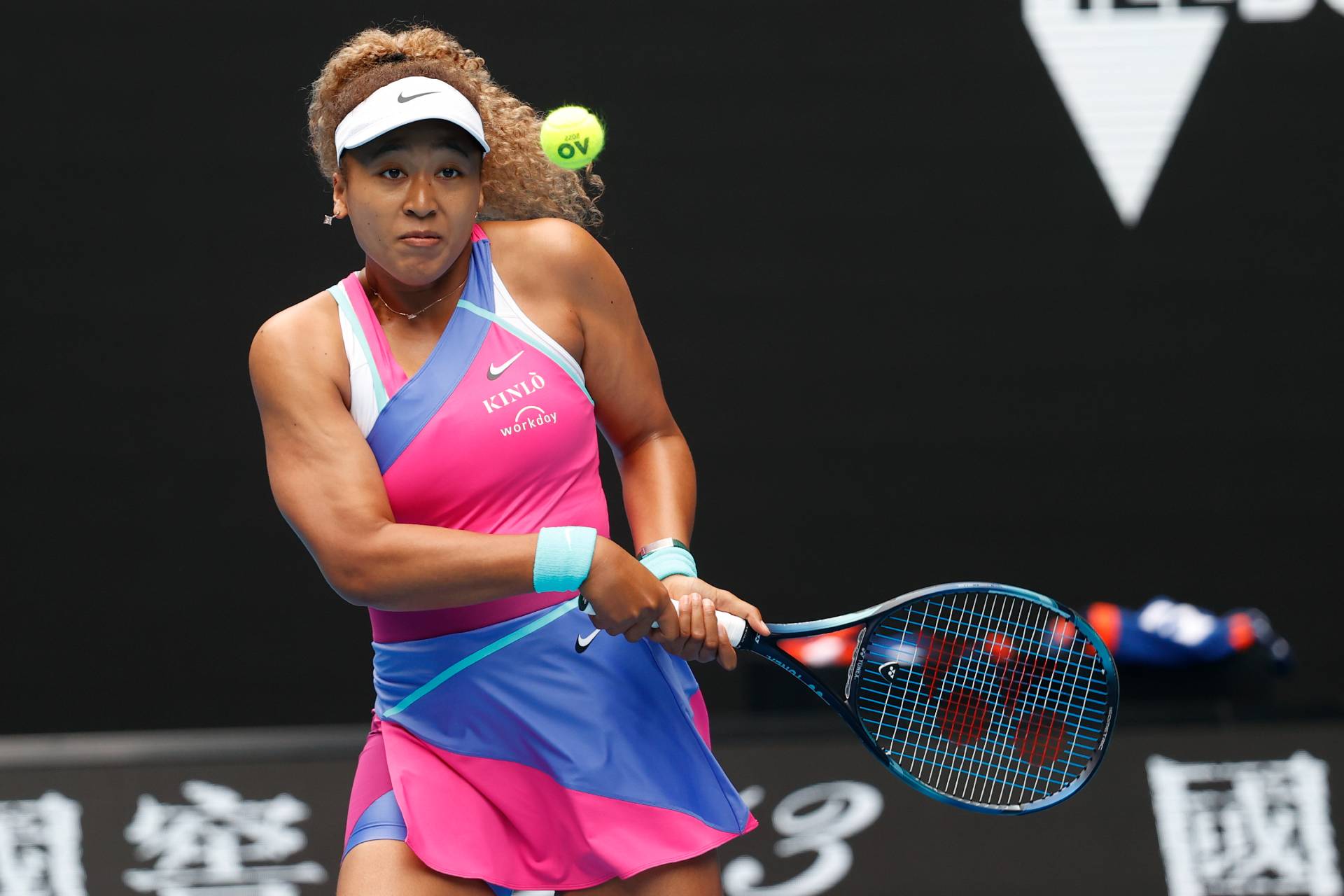 Naomi Osaka faces Colombia's Camila Osorio in the first round of the Australian Open on January 17 in Melbourne, Australia. (Hamish Blair/AP)

For the first time since February 2018, Naomi Osaka is out of the top 50 in the women’s tennis singles world rankings.

Osaka fell from No. 14 to 85th, the Women’s Tennis Association announced on Monday, January 31.

The defending Australian Open women’s singles champion entering last month’s Grand Slam event, Osaka was eliminated in the third round on January 21. American Amanda Anisimova, who was ranked No. 60 on the day of their duel, beat Osaka in three sets, 4-6, 6-3, 7-6 (10-5).

Osaka’s long stretches of inactivity on the WTA Tour in 2021 contributed to her significant drop in the world rankings. She only played in 10 tournaments over the past full year. Many of the top-100 ranked players participated in more than 30 tournaments and some appeared in 40-plus events.

The WTA spelled out how it calculates rankings on its website.

“The WTA rankings are based on a 52-week, cumulative system. A player’s ranking is determined by her results at a maximum of 16 tournaments for singles and 11 for doubles,” reads an introductory explanation.

Citing mental health factors, Osaka pulled out of the 2021 French Open on May 31 after her first-round victory. She skipped Wimbledon and lost in the U.S. Open third round in September, another Grand Slam event she won in 2020.

After the French Open and before the Tokyo Olympics, where she lit the Olympic cauldron, Osaka had an extended break from competition. She also had a long layoff after losing at the U.S. Open before taking part in a tuneup tournament for the Australian Open last month.

Misaki Doi is now Japan’s highest-ranked women’s player. She is ranked 72nd, moving up three spots on the WTA chart. Doi reached a career-high No. 30 in the rankings in October 2016.