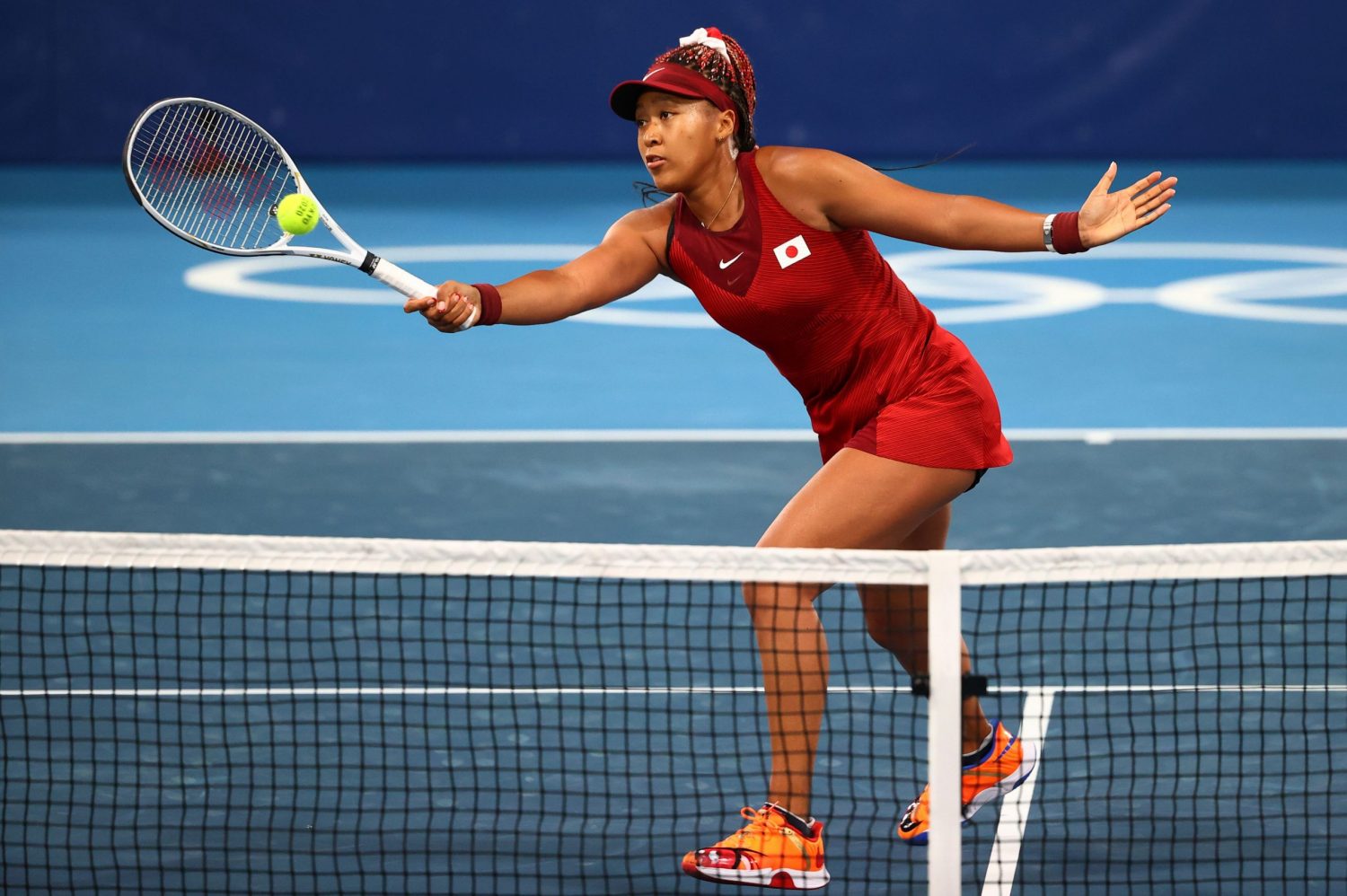 Naomi Osaka’s quest to earn an Olympic gold medal in the nation of her birth came to a crashing halt on Tuesday, July 27.

Unseeded Marketa Vondrousova of the Czech Republic dominated for large stretches of their women’s singles third-round match and put the finishing touches on a 6-1, 6-4 victory in 68 minutes.

The world No. 42 capitalized on Osaka’s numerous miscues in the opening set.

Osaka, who lit the Olympic cauldron at the Opening Ceremony on July 23, made 14 unforced errors in the first set, which lasted just 24 minutes in a match played with the retractable roof closed at Ariake Tennis Centre Court due to heavy rain.

Although Osaka elevated her game in the second set, she didn’t make enough big shots to stretch the match to three sets. Osaka finished with 32 unforced errors to Vondrousova’s 10, and the long layoff since pulling out of the French Open after her first-round match on May 30 appeared to affect her rhythm.

Osaka did, however, have a good shot at extending the match. Trailing 5-4, she held serve, and the two players were tied at 40-40. Six more points were scored (three by the underdog) before Osaka hit a backhand return wide.

The players politely greeted one another at the net after the match.

And then Osaka reflected on the disappointing result.

“Everything [went wrong]. If you watch the match then you would probably see,” she told reporters, according to Kyodo News. “I feel like there are a lot of things that I counted on that I couldn’t rely on today.”

To her credit, Voundrousova, a 22-year-old southpaw, made some of her best shots during the match’s biggest moments. Case in point: she converted 5 of 11 break-point chances.

How did Osaka fare on break-point chances? An inadequate 1-for-5.

“This is one of the biggest matches of my career,” Vondrousova pointed out after her victory.

At the same time, the Czech acknowledged that Osaka faced lofty expectations while representing the host nation at the Olympics.

“She has a lot of pressure playing in Japan and at the Olympics,” Vondrousova stated. “I knew she was going to fight to the end. The end was very tight. It could have gone both ways. It’s so much pressure, I can’t imagine.”

What Osaka didn’t have to imagine was the immense disappointment that clung to her in the aftermath of the match.

“I’m disappointed in every loss, but I feel like this one sucks more than the others,” Osaka was quoted as saying by The Associated Press after her third match in as many days.

Responding to a question about the pressure of playing at the Tokyo Olympics, Osaka summed it up this way: “I definitely feel like there was a lot of pressure for this. I think it’s maybe because I haven’t played in the Olympics before and for the first year [it] was a bit too much.”

In the fourth round, Vondrousova, the 2019 French Open runner-up, will face Spain’s Paula Badosa, who defeated Argentina’s Nadia Podoroska 6-2, 6-3 later in the day.

In the men’s singles second round, Kei Nishikori, the bronze medalist at the 2016 Rio Games, handed American Marcos Giron a 7-6 (7-5), 3-6, 6-1 defeat in a match also held on the main court of the tennis complex.

Nishikori will meet Belarusian Ilya Ivashka in the third round.