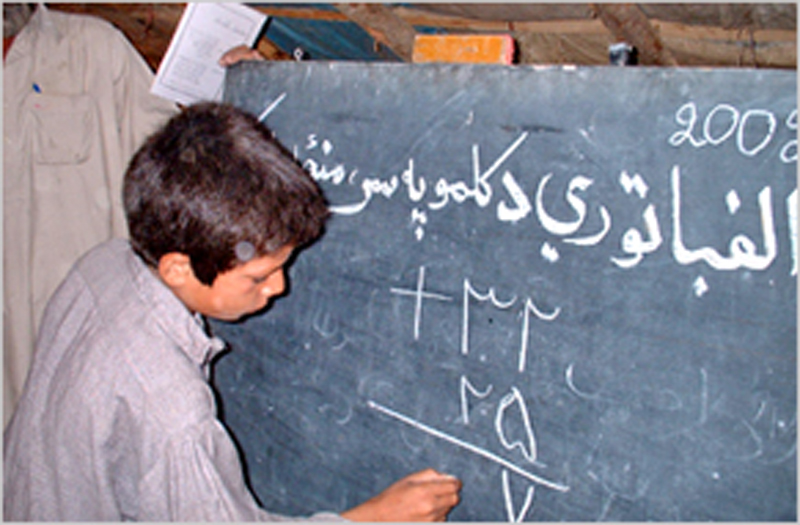 Between 1975 and 1979, the communist Khmer Rouge party terrorized the population of Cambodia. Under the brutal dictatorship of the anti-intellectual Pol Pot regime, millions of Cambodians were killed and schools were closed to prevent the formation of an educated population capable of challenging the dictator’s rule.

Since 1993, however, NGOs and other public-minded groups have been working in Cambodia to lift up the Cambodian people through education. Thanks to these initiatives, the Cambodian adult literacy rate, which was estimated to be around 76% in 1998, rose, according to various sources, to between 80% and approximately 91% by 2015. There has been some improvement, in other words, but by any measure there is still work to be done.

While NGOs in Cambodia have focused much of their attention on urban districts, in the countryside the literacy rate has remained low. To combat this problem, educators from Japan have been pursuing a long-term education program as part of the “World Terakoya Program” (WTM). Founded in 1989 by the National Federation of UNESCO Associations in Japan (NFUAJ), recently this program has been attracting the world’s attention.

According to NFUAJ, which administers the program, the World Terakoya Movement in Cambodia provides basic support, such as literacy and vocational training, for poor residents of Siem Reap and Battambang provinces, rural areas which have some of the lowest literacy rates in the country.

Terakoya educators make it a priority to teach girls how to read, as females in Cambodia have often had much lower literacy rates than males.

Having a Good Effect

When the WTM began working in Cambodia in 2008, the literacy rate was just 69.5% in the program’s focus areas. But as of 2018, that number had improved to 80.1%. In addition, four of Cambodia’s eighteen terakoya programs became self-sustaining as of 2018, indicating that the WTM is investing in the local community and training local leaders to continue the education work which the Japanese teams begin.

The WTM is also working to raise awareness about public health. The group in Cambodia has been hosting workshops for preventing the spread of COVID-19, for example, creating posters on proper handwashing techniques and training participants in the use of masks and disinfectants.

In neighboring Myanmar, as well, WTM leaders have been tending to the thousands of people displaced by the virus and its effects. They distribute rice, sugar, salt, cooking oil, and other essentials through the network of twenty-one terakoya in Myanmar. More than a thousand households in Myanmar have received relief as of August 2020, making the terakoya a source of both mental and physical sustenance.

In fact, former Prime Minister Shinzo Abe’s wife studied terakoya education in Myanmar as part of her Master’s degree course. So, Japan has a rich history of helping others around the world through this program.

These schools are gaining prominence today thanks to the World Terakoya Movement. But what are they, anyway?

Terakoya were Japanese local schools before the advent of compulsory education. These schools were often located on the grounds of temples, or “tera” in Japanese. They began in the 17th and 18th centuries when academics, samurai, and monks opened a place to learn reading and writing calculations for ordinary children.

They were a grassroots activity by the general public, and were based in the spirit of cooperation for learning and mutual development among equal partners. Most students were taught the basics of “reading, writing, and the abacus,” or mathematics. Many students studied calligraphy, as well. Terakoya teachers also provided individual education to create a curriculum suited to each child’s chosen profession, making them an invaluable part of Edo cultural and social life.

Some terakoya are famous in Japanese history, such as Shoka Sonjuku, which is said to have been cared for from an early stage by Yoshida Shoin and to have educated Ito Hirobumi (1841-1909), the first prime minister of Japan. Another is Tekijuku, where Koan Ogata taught Fukuzawa Yukichi.

At that time there were tens of thousands of terakoya all over the country. They raised the education of the general public during the Edo period to a very high level and later formed the basis of the education system of modern Japan. Some say that Ito Hirobumi achieved the feat of being selected by the Iwakura Mission and to be the first prime minister because of his education at a terakoya. 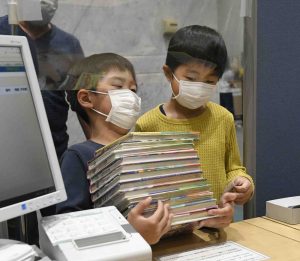 I am currently taking a seminar at Reitaku University in Kashiwa, Chiba, offered by Professor Masaaki Matsushima. Professor Matsushima taught us that there are various reasons why developing countries often have a poor literacy rate, such as the scarcity of schools and prejudice against educating women. Also, inadequate teacher training can stifle the progress of students in the classroom.

Reitaku University also offers a self-directed learning course where students create their own lessons. Many Reitaku students have taken advantage of this opportunity. One group of students is known as “Japanesia,” which focuses on exchanges between Japan and the Federated States of Micronesia. The Japanesia group learns about tackling environmental problems in Japan and Micronesia, and also offers English-language learning support at a local elementary school in cooperation with Micronesian college students in Japan for education exchange.

I took part in this study group and learned that Japanese people have much to teach others, such as about cleaning a school as a group and taking good care of health through basic, everyday activities. So, having become very interested in educational exchange, I began to research how Japanese people are leading the way in educational outreach abroad.

How Japan Can Keep Helping

The quality of teachers in Japan is very high, and this culture of excellent education for all has the power to transform the educational environment in other places. My study of the World Terakoya Movement has convinced me that Japan can do even more to bring educational improvement to people in other countries.

For example, due to the outbreak of the coronavirus, many schools in Japan have been offering online classes this year. This has been a big challenge for us, but it has also given us new tools we can use to help others in the world. Thanks to online resources, we all now have the potential to be “terakoya” teachers for our communities and for others in need outside of Japan.

Terakoya and the Japanese Spirit

There are many good things in the Japanese past, and it is exciting to see an idea from some three hundred years ago helping people in countries far away. The educators and staff who run the WTM are keeping the Japanese spirit of community service and equal educational opportunities for all alive and well.

Chihiro Kato is a student at Reitaku University in Kashiwa, Japan.

Chihiro Kato is a student at Reitaku University in Chiba Prefecture, Japan.