The Communist Olympics are a Powerful Political Tool for China 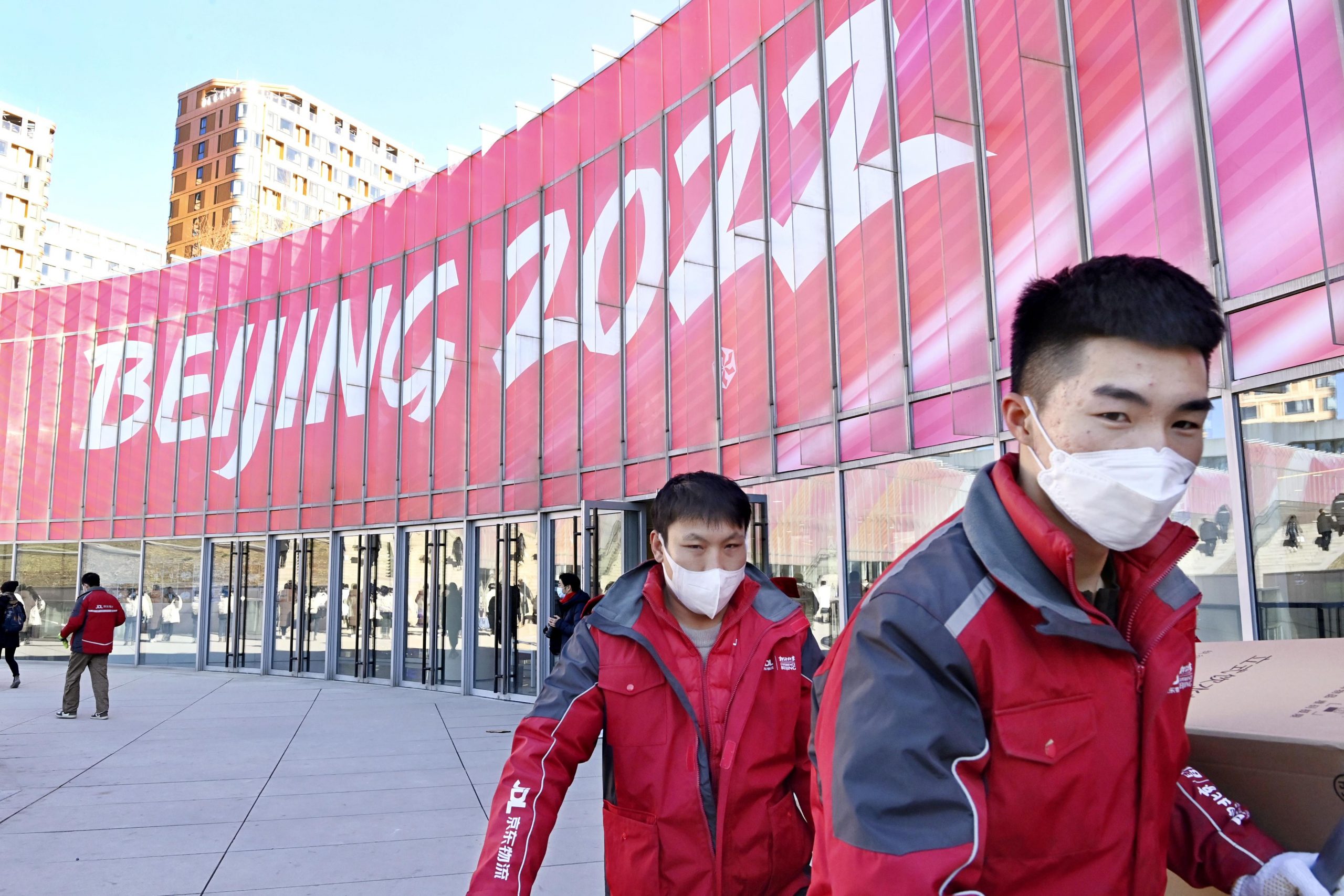 It is almost impossible to watch the Winter Olympic Games in person, unless you’re an accredited member of the Chinese Communist Party.

Spectators from abroad have long been banned.

Initially, the organizers offered to sell tickets to members of the public in China but later the rules were changed, ostensibly because of COVID-19.

So now most of the people in the stands will belong to the party. The CCP has also instructed its members to act as “volunteers” at sporting venues, adding another layer of security throughout the tournament.

This has the advantage of filtering out anyone who wants to use the Games to make a political point – including athletes.

“The Beijing Olympic officials are stressing that you will get into trouble if you stand upon the Olympic podium and pull up your shirt revealing a `Free Tibet` message, or that some snowboarder might express an opinion about the treatment of Uyghers in Xinjiang,” says the BBC’s China correspondent Stephen McDonell.

He says that because some athletes have recently become outspoken on human rights issues, the authorities “would not be making these very public warnings unless they were concerned about what might happen.”

The strict rules against political protest appear to suit the president of the International Olympic Committee, Thomas Bach.

When Mr Bach met President Xi Jinping at the Diaoyutai State Guesthouse in January, he praised China’s “efficiency, determination and dynamism” and offered to support its plan to ensure “a smooth, safe and successful Winter Games,”’, according to the state broadcaster CGTN.

The International Olympic Committee has been criticized for its failure to support an investigation into the sudden disappearance of tennis star Peng Shuai. She dropped out of view after she used social media to make allegations of sexual assault against a senior member of the Communist Party.

Ms Peng has appeared at three Olympics. The man who is alleged to have exploited her ran the government’s working group with the IOC. After she disappeared, causing international outcry, China’s propaganda department arranged for her to speak with Thomas Bach over a video link. She assured him that everything was fine and said that there was no reason to be concerned about her wellbeing.

The relationship between the Party and the IOC has been studied closely by Michal Caster, co-founder of a human rights group called Safeguard Defenders.

“It’s really sad to see that the IOC has allowed itself to become another means of spreading disinformation. My organization has documented the use of forced confessions by China, targeting domestic viewers and international audiences. When we saw these very tightly scripted appearances of Peng Shuai in the video meeting with Thomas Bach, it struck us as being a classic example of the same playbook,” says Mr Castor.

He contrasts the approach of the IOC with that of the International Tennis Association, which he praised for choosing “not to cave into pressure from an authoritarian state”

In a statement shared with the media the International Tennis Federation said it “stands in support of all women’s rights.” It added: “Our primary concern remains Peng Shuai’s wellbeing. The allegations Peng made must be addressed. We will continue to support all efforts being made to that end, both publicly and behind the scenes.”

However, the Tennis Federation stopped short of canceling any tournaments in China because it does not want to “punish 1.4 billion people.”

On social media in China, Japan and elsewhere, many sports fans say they are frustrated by all the discussions of protests and boycotts.

Let’s just enjoy the experience, they say, and not politicize the Olympics.

However, the Chinese hosts attach great political significance to the event and this is woven into the slogans they present to the world. China’s official motto for the games is: “Together for a shared future”.

An article which analyzed this slogan in a recent edition of the Economist magazine said that Western governments “read this as shorthand for the effort to create a world that accepts China’s autocratic form of government, ignores its violations of human rights and rejects Western domination of global rule-making.”


Year of the Tiger

In a speech delivered to mark the start of the Chinese New Year in February, President Xi said that the Chinese people are fully prepared to present a “streamlined, safe and splendid” gathering for the world with the Beijing 2022 Winter Olympics and Paralympics.

China’s Global Times newspaper noted that in his speech, Xi Jinping also said that order in Hong Kong has been restored, “and more efforts were made to combat secessionist forces and facilitate national reunification.”

That is a clear reference to his plan to reunify the self-governing island of Taiwan with the People’s Republic of China – peacefully if possible, but by force if necessary.

Taiwan’s Olympic contingent of 15 athletes will not participate in the Opening or Closing Ceremonies of the Games, amid concern that Beijing will use the events to assert its jurisdiction over the island.

TV spectators will probably not mourn their absence, nor fret over the diplomatic boycotts by various countries.

However, a quiet, smooth-running Games, which pleases an international audience, serves China’s purposes well. It proves that society is tightly controlled and that CCP remains in charge, without challenge.

Duncan Bartlett is the Editor of Asian Affairs magazine and a frequent contributor to Japan Forward. He is a Research Associate at the SOAS China Institute, University of London and is currently teaching diplomacy and international relations on the Economist Executive Education course, A New Global Order.