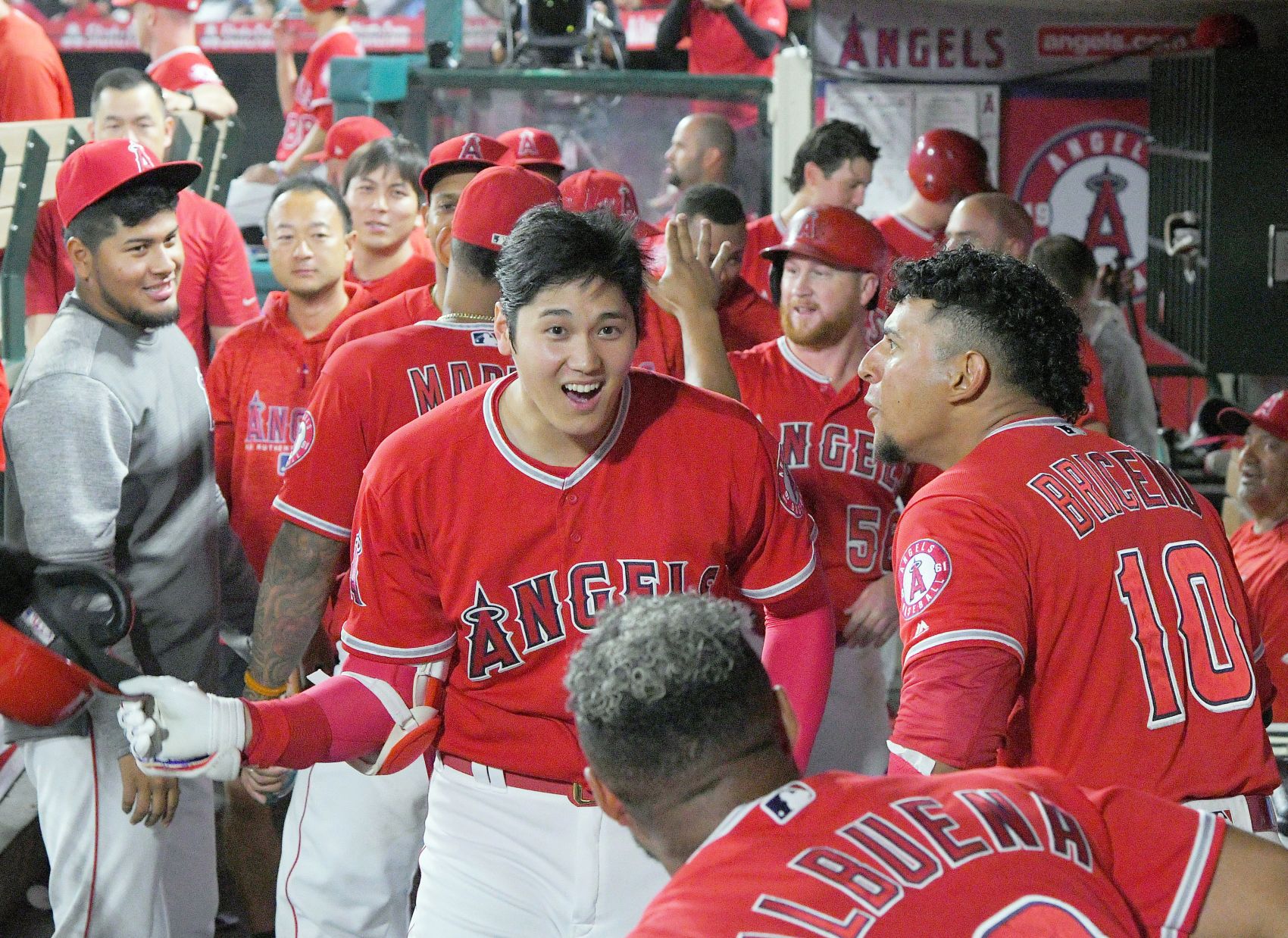 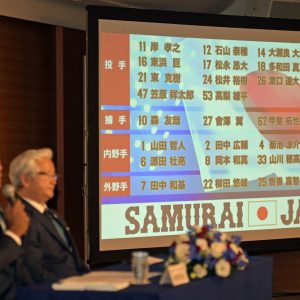 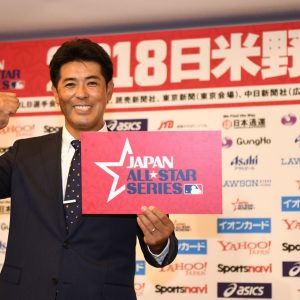 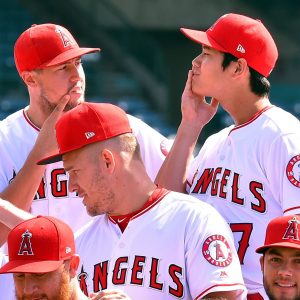 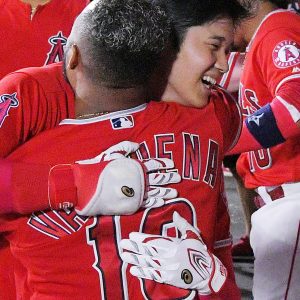 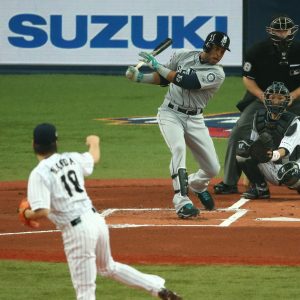 After the autumn visit to Japan by Major League (MLB) All-Stars — the first since 2014 — the Oakland A’s and Seattle Mariners will follow on to play Opening Day 2019 in Tokyo.

Such events have become routine in Japan these days. Still, it is a good time to stop and consider the long history and important role such visits have played in bringing Japan and the United States closer together.

The 2018 visit marked the 38th MLB tour of Japan, most of them in the postseason. The A’s-Mariners 2019 Opening two-game series will be the 5th season opener event in Japan, dating back to the New York Mets and the Chicago Cubs in 2000.

The very first American squad to visit Japan was the Reach All-Americans, a team of mostly major league reserves and Pacific Coast League players, who toured Japan in 1908. Reach Sporting Goods Company, which sponsored the tour, had taken an interest in the growing Japanese market as a place to sell their balls, bats, and gloves.

By that time, baseball already had a history of more than three decades in Japan and was popular on a high school and college level. In fact, Waseda University’s club had toured the United States in 1905.

The Reach All-Americans played all 17 of their games against Japanese university teams, winning easily. The experience set the stage, however, for American players Art Schaeffer and Thommy Thompson to coach at Keio University in 1910.

In 1913 The New York Giants and the Chicago White Sox played three games in Japan before overflow crowds of fans, many of whom sat cross-legged on straw mats. It was the first leg of their world tour.

Japanese fans found the behavior of their guests a bit strange. The honorable gaijin (foreigners) put on pregame demonstrations of warming up without using a bat or ball, and did not doff their caps and bow when they came up to bat as the Japanese did.

American umpire Bill Kelm, who also made the trip, was the loudest umpire the fans had ever heard.

An American major leaguer named Herb Hunter took teams of major and minor leaguers to Japan in 1920, 1922, and 1931, bringing great stars Lou Gehrig, Lefty Grave, and Lefty O’Doul with him on the latter tour.

The tours were designed to make money, of course, and show the visitors a good time. They included kabuki theater and pearl shop visits for married players — and night club jaunts for the bachelors when off the field.

But they also generated a certain amount of goodwill.

Some 65,000 fans squeezed into Meiji Jingu Stadium to watch his first game, bowing reverentially to the empty Emperor’s Box and then screaming “Banzai Rusu!” for the rest of the afternoon.

At Koshien Stadium in the Kansai region, 75,000 came to see Ruth play. A bust of the Yankee superstar was subsequently erected outside the main gate — where it still stands today.

The trip was so successful that it inspired the formation in 1936 of the Dai Nippon Yakyu Kurabu (The Great Japan Tokyo Baseball Club) — known today as the Tokyo Yomiuri Giants — and Japan’s first professional league.

A New Store of Goodwill

During World War II, “Ruth is a Bum” and “Ruth go to hell” were favorite insults of the Japanese Imperial Army in jungle fighting in the South Pacific.

However, in 1949, amid poverty and homelessness and sometimes overbearing American troops, the minor-league San Francisco Seals visited Japan — led, naturally, by Lefty O’Doul, who was now the Seals manager.

The visit proved a big hit and created an enormous new store of goodwill between Japanese and Americans. GHQ Commander-in-Chief Douglas MacArthur called it the greatest example of diplomacy he had ever experienced.

Outfielder Nisei (Japanese American) Wally Yonamine from Hawaii, renowned for breaking new ground in multiple American sports, helped bridge the divide by integrating Americans into the Japanese pros when he joined the Yomiuri Giants. This opened the doors to hundreds of American players who would follow him into Japanese professional baseball.

The success of the MLB’s goodwill story was evident in 1954, when Joe DiMaggio and Marilyn Monroe honeymooned in Japan. It was the biggest news story of the year.

Japanese Players Go to the U.S.

Star Japanese players, like Shigeo Nagashima and Sadaharu Oh, attracted the attention of MLB scouts in the late 1950s and 1960s.

Oh hit 868 career home runs, a world record. He strengthened his wrists in nightly practice sessions swinging a Japanese long sword. Clete Boyer, who played in Japan for the Taiyo Whales in the ’70s, said: “Oh was as good as Hank Aaron, Mickey Mantle, or Willie Mays. He’d be in the Hall of Fame if he played in America.”

However, a dispute over the contractual rights of Masanori Murakami between the Nankai Hawks and the San Francisco Giants in 1964 temporarily suspended baseball relations between Japan and the U.S. The dispute also prevented other Japanese from going into the MLB.

“I wanted to try my hand in the U.S.,” said Oh, “but I couldn’t leave. Even if the rules had allowed it, the fans never would have forgiven me. The goal then was to defeat the Americans in a real World Series.”

In 1966, Oh’s Giants defeated the LA Dodgers four out of seven games in a post-season exhibition series in Japan. Although LA was without the services of ace Pitcher sandy Koufax and Don Drysadale for these contests,  the unprecedented Yomiuri wins,  demonstrated how much the Japanese game had improved.

When Hideo Nomo and his agent Don Nomura discovered a loophole in 1995, the doors were finally opened for NPB (Nippon Professional Baseball Association) stars to go to the U.S. — and a whole new era began in Japan-U.S. relations.

At first Nomo’s defection enraged the Japanese baseball world. He was labeled a traitor in the media. For a time, his own father stopped speaking to him.

But then he became a big success, and everyone suddenly loved him. His games were telecast live to Japan and watched by enthralled early morning commuters on huge outdoor Jumbotrons.

When Nomo was selected as starting pitcher for the All-Star team, the Prime Minister of Japan, Tomomichi Murayama, called him a “national treasure.”

Nomo was the first international sports star Japan had ever produced.

Attendance at MLB stadiums soared when Nomo pitched. Americans could never identify the Japanese prime minister, or Japan’s leading singer, or any other individual famous in Japan, but everyone knew Nomo.

Nomo’s popularity in America also helped ease bad feelings between the U.S. and Japan over trade. At the time, U.S.-Japan relations were about at the lowest point since World War II over a big trade imbalance. Japanese goods — like cameras, automobiles, and TV’s — flooded the country and the rest of the world. Japanese were buying up American landmarks, like Rockefeller Center and Universal Studios.

American leaders complained of unfair trade. To protest, a group of U.S. lawmakers had smashed a Japanese boombox on the steps of the Capitol Building in D.C. with sledgehammers.

Japanese retorted that Americans were arrogant and lazy. The Speaker of the Japanese Parliament said Americans were “uneducated and illiterate.” Leading conservative politician Shintaro Ishihara declared, “Americans can’t make anything that works!”

Then, Nomo came along. The New York Times said Nomo was the one export from Japan that no one in America was complaining about. Nomo perhaps did more than any politician to improve cross-cultural relations at the time.

Ichiro Suzuki joined the Seattle Mariners in 2001. He took the MLB by storm, winning a batting championship and an MVP that first year, and followed that with several batting records.

Hideki Matsui of the Yomiuri Giants joined the New York Yankees in 2003 and became one of the top hitters in the MLB.

He was known for his kind nature. He never refused an autograph request from a fan. He never refused an interview request from the press. He even invited reporters to dinner and gave them presents, something unheard of in MLB. Some of the presents were items from Matsui’s extensive collection of adult videos — another first in the history of relations between MLB players and the press.

In 2003 PEOPLE magazine named Matsui as one of the 25 “Most Lovable People on the Planet.” In 2009 he was MVP of the World Series. He was by far the most popular figure in the Yankees’ Victory Parade in New York.

Other Japanese players who have starred in the MLB include Ichiro Suzuki, who was the first MVP and single-season record holder from Japan, Daisuke Matsuzaka, Hisashi Iwakuma, Yu Darvish, Masahiro Tanaka, and Kenta Maeda.

And, of course, Shohei Otani, who may be the best of them all. He hits 500-foot home runs. He throws the ball at over 100 miles per hour. He is also too good to be true. He doesn’t drink. He doesn’t smoke. He doesn’t even have a girlfriend. He spends his free time studying English.

As American diplomat Robert M. Orr put it, “The success of Matsui, Ichiro, Ohtani, and others in baseball shows that people power can accomplish more than leader power in U.S.-Japan relations.”

The MLB all-star visits to Japan may be routine nowadays, along with Japanese side victories in them, but just think how far we have come since the days of the Reach All-Americans and Babe Ruth.

(This article was first published by Yukan Fuji in Japanese on November 6, 2018.)