The Importance of the India-Japan JIMEX 20 Naval Exercises 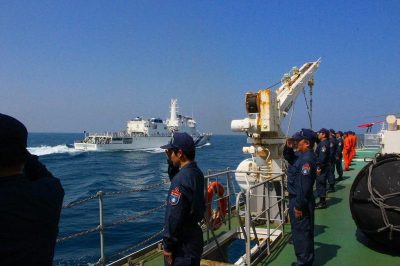 The recently concluded JIMEX 20 naval exercises between the Indian Navy and Japan Maritime Self-Defense Force (JMSDF) point to a new era in the maritime ties between the two countries. These exercises were held in the North Arabian Sea from September 26 to September 28.

Why are they Significant?

First, these exercises have taken place in the midst of the coronavirus pandemic. The fact that JIMEX-20 continued this year too, as per the normal schedule, reflects the high priority that the two countries have placed on their defense ties, particularly in the maritime realm.

Second, they come against the backdrop of Japan sending a former SDF (Self Defense Force) officer as its Ambassador to Djibouti. This is the first time that a SDF officer has been appointed as ambassador and definitely marks a change of direction for the country, more so in the light of its post World War II constitution, which has traditionally restricted the role of the SDF.

Third, these exercises have taken place after the new prime minister, Yoshihide Suga, took office in Japan. This means that PM Suga is more than likely to continue where the former Prime Minister Shinzo Abe left off, especially when it comes to Japan-India ties.

These exercises also come against the backdrop of rising tensions between the four Quad countries (India, Japan, the U.S., Australia) and China. The relations between the U.S. and China have rapidly gone downhill. China has also exhibited belligerent behavior with regards to India, with the two countries locked in a bitter fight in the Himalayas.

Canberra has been at the receiving end of bullying from Beijing in the economic realm. Meanwhile, the JMSDF’s role has become more important, especially given China’s growing power projection capabilities. The Chinese PLA Navy has also been very active in the region around the Senkakus.

Why is Maritime Collaboration Between Japan and India Important?

Japan is an energy-deficient country and hence the sea lanes of communication in the Indian Ocean region play a key role in ensuring Japan’s continued economic prosperity. The Japanese economy has taken a hit in the light of the coronavirus outbreak and hence now it is even more important for the sea lanes of communication in the region to be free and open, in line with Japan’s Free and Open Indo-Pacific vision.

At the same time, the Indian Ocean is also important for India’s “Act-East Policy”.  PM Modi had already outlined the importance of the Indian Ocean, while laying down the concept of SAGAR (Security and Growth for All in the Region) during a trip to Seychelles, Mauritius and Sri Lanka in early 2015. In addition, in his speech at the Shangri-La Dialogue in 2018, PM Modi highlighted the importance of the Indian Ocean. He had noted that “the ocean carries 90% of India’s trade and our energy sources. It is also the life line of global commerce.”

The JIMEX exercises had initially begun in 2012. Until that time, maritime exercises had only been held at the Coast Guard level between India and Japan.

There is a lot riding on the growing friendship between India and Japan in the maritime arena. Recently, as part of the U.S.-India LEMOA (Logistics Exchange Memorandum of Agreement) a U.S. aircraft refueled in the strategically-important Andaman and Nicobar islands.

The Indian Navy has been one of the key actors in the fight against piracy as well. Earlier in 1999, the Indian Navy rescued the MV Alondra, a Japanese-cargo vessel. It has also been at the forefront of humanitarian rescue missions in countries like Yemen. Piracy is also a factor that is important for Japan to take note, especially because of the huge share of commercial shipping that is owned by Japanese companies.

Need to Push the Pace

However, there is still a small gulf between the two sides, especially in the maritime realm.  One of them relates to the use of Russian-origin weaponry by India, while the JMSDF largely employs home-grown weaponry or those sourced from the U.S. This can impact the interoperability of the forces. However, things are surely moving in the positive direction. Recently, the two countries signed the ACSA (Acquisition and Cross-Servicing Agreement), which will go a long way in bringing the two countries closer in the maritime realm.

At this moment, it is also important here to reminisce about the role of the former Prime Minister Shinzo Abe in the development of the maritime ties between the two nations. In his seminal speech titled “Confluence of the Two Seas” in August 2007 before the Indian Parliament, he had clearly laid down the growing inter-linkages between the Indian and the Pacific Oceans, much before the present concept of Indo-Pacific came into vogue.

Now that the curtains have come down on yet another edition of the JIMEX naval exercises, it is important to chalk out a strategy for the future expansion of the maritime ties between India and Japan.

Dr Rupakjyoti Borah is an Associate Professor at India’s Sharda University. His forthcoming book is The Strategic Relations between India, the United States and Japan in the Indo-Pacific: When Three is Not a Crowd. He has also authored two other books. He has also been a Visiting Fellow at the University of Cambridge, the Japan Institute of International Affairs (JIIA), Japan and the Australian National University. The views expressed here are personal. Twitter @rupakj