Not Just Instant Noodles: We Sampled One of the Amazing Freeze-Dried Meals You Can Buy in Japan 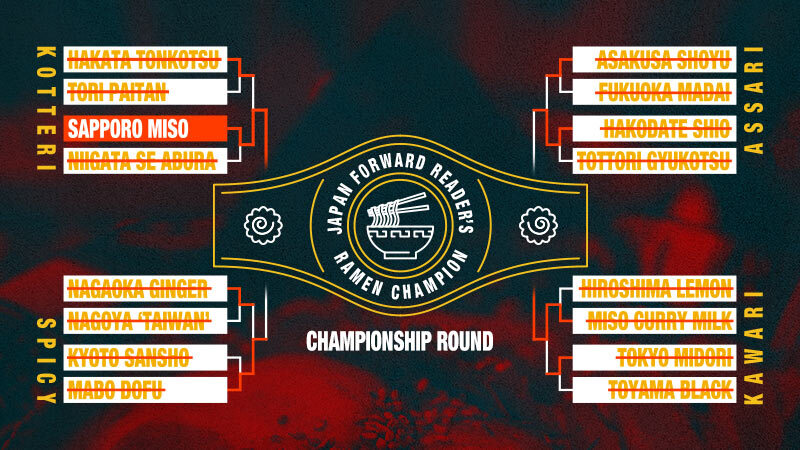 Celebrating the ‘autumn of appetite’ season (shokuyokunoaki 食欲の秋), JAPAN Forward presented our “Reader’s Ramen Championship” bracket beginning September 30. We started with four ramen flavors from four categories: Kotteri, Spicy, Asari, and Kawari. Week by week, we narrowed it down, and today we announce the winner.

Thank you for all your votes over the past five weeks. The JAPAN Forward Reader’s Ramen Champion is Sapporo Miso Ramen! 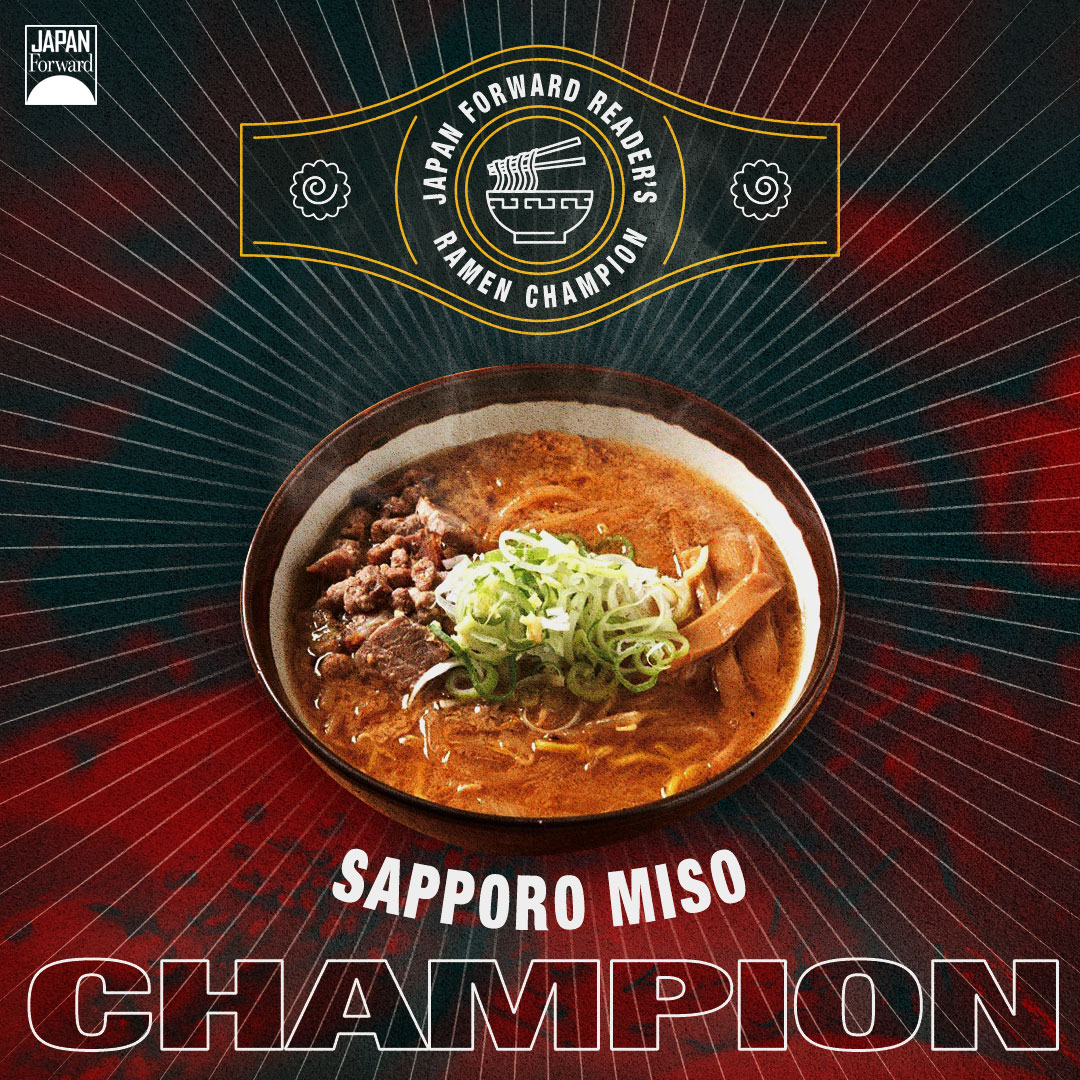 In the Super 16 first round, Hakata Tonkotsu and Sapporo Miso won their first matchups in the Kotteri bracket. In the Spicy group, Nagaoka Ginger and Mabo Dofu emerged victorious. Asakusa Shoyu and Hakodate Shio won their match ups in the Assari bracket, and Miso Curry Milk and Tokyo Midori cleaned up the Kawari bracket to bring the competition down to eight.

The Awesome Eight narrowed the competition in the four categories, with Sapporo Miso winning in the Kotteri bracket, Nagaoka Ginger in Spicy, Hakodate Shio in the Assari group, and Miso Curry Milk in the Kawari bracket. The winners set up the Flavorful Four semi-final matchups.

After facing fellow-flavored ramen, the Flavorful Four bracket consisted of 2 head-to-head matches: Kotteri vs Spicy, and Assari vs Kawari. Sapporo Miso and Miso Curry Milk won their matchups to face off in the finals.

In the championship round between Sapporo Miso vs Miso Curry Milk, JAPAN Forward readers voted for Sapporo Miso to become our first Ramen Champion.

Your fellow ramen bracket voters have now recommended Sapporo Miso above all others. Give it a try as the weather cools and let the steamy noodles warm your soul.