The Shared Interests That Bring Japan and India Closer

Much water has flowed down the mighty Ganges since the end of the Cold War. That was when Japan and India started coming closer to each other—again—notwithstanding the dip in their ties in the wake of India’s nuclear tests in 1998.

In spite of historical ties dating back eons ago, the two countries drifted apart in the period after India’s independence in 1947, as New Delhi inched closer to the erstwhile Soviet Union, while Japan became an ally of the United States.

It was only after the end of the Cold War and the dissolution of the Soviet Union that the two countries decided to reimagine their ties in wake of the changed geopolitical realities.

First, Japan and India have common interests in the economic arena. Tokyo is one of the biggest foreign investors in India, and New Delhi has been the biggest recipient of Japanese Official Development Assistance since 2003. The fact that the India is one of the fastest growing economies in the world has generated huge interest from Japan and Japanese companies, which are keen on exploring big markets like India.

Meanwhile, India urgently needs to shore up its infrastructure sector, and Japan’s help is key in this area. Tokyo has provided financial and technical knowhow for many big-ticket infrastructure projects in India, like the Delhi Metro project, the Delhi-Mumbai Industrial Corridor (DMIC), the Western Dedicated Freight Corridor, and the Chennai-Bangalore Industrial Corridor (CBIC). In addition, during his visit to India in September 2017, Japanese Prime Minister Shinzo Abe laid the foundation stone for the construction of the India’s high-speed railway corridor between Mumbai and Ahmedabad.

Second, the two countries are cooperating in the Indian energy sector. They signed a civilian nuclear deal during the visit of Indian Prime Minister Narendra Modi to Japan in November 2016 that has now come into force. It is designed to address the perennial energy shortage in India. Access to adequate energy resources will be sine qua non to India’s continued growth at present levels. Then there is the issue of worsening pollution in India as it rapidly develops, and here too Japan can help India cut down on its pollution levels with its high-end green technologies.

Third, there is a huge potential for cooperation between the two countries in the defense sector, especially as India is one of the world’s biggest defense importers. India and Japan now hold joint naval exercises (called JIMEX), which are a far cry from the earlier times when there were only exercises involving the coast guard of the two nations. Tokyo and New Delhi are also working on the possible sale of Japanese-made US-2i maritime reconnaissance aircraft to India, though the deal is yet to be clinched. Modi has outlined his intention to increase the indigenization of India’s defense manufacturing sector and Japan can be a very competent partner in the same.

Fourth, India’s improving ties with the U.S. have also played a role in its improving ties with Japan. The three nations are now part of the annual Malabar naval exercise, the latest edition of which was held in July 2017. Malabar actually started as an annual naval exercise between India and the United States back in 1992. In addition, India, Japan, and the U.S. have also been holding a trilateral strategic dialogue since December 2011. 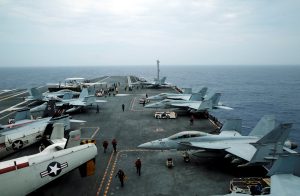 Fifth, the close personal chemistry between the two prime ministers is another factor bringing the two countries closer. After Modi took office in May 2014, the first bilateral visit he paid outside of the Indian sub-continent was to Japan, clearly indicating the foreign policy priorities of his administration. As evident in the Indian government’s decision to allow Japan to participate in building infrastructure in India’s northeastern region, whereas previously other foreign countries have not been allowed to invest in the infrastructure sector there, New Delhi has signaled that it is willing to trust Japan.

Japan and India are also pitching to be included as permanent members of the United Nations Security Council and have put in a joint bid along with Germany and Brazil (these nations are informally termed as the G-4). Besides, Tokyo is an important partner in India’s “Act-East Policy,” which aims to strengthen India’s historical ties with the countries of Southeast Asia and East Asia.

India is also paying renewed attention to the maritime realm as it is hobbled by a lack of options on land. Similarly, Japan is looking out not only to the Pacific Ocean, but also to the Indian Ocean as the term “Indo-Pacific” increasingly gains currency. In addition, with the Trump administration pulling the U.S. out of the Trans-Pacific Partnership (TPP), Japan has been looking out for alternative markets and India fits the bill perfectly.

Japan’s strengths are high-end technology and capital, while India has highly qualified manpower and a huge market. As Japan’s population shrinks and Japanese companies look for emerging markets, the Japan-India match is just right. In Prime Minister Abe’s words, “the India-Japan relationship has the greatest potential of any bilateral relationship in the world.”

The view seems to be shared from the Indian side. In a speech in 2017, former Indian Foreign Secretary Dr. Jaishankar remarked: “Gradually and steadily, Japan has emerged as a special strategic partner with whom India increasingly shares a global agenda. The planned Shinkansen high-speed rail project is the symbol of these changes. But they do reflect a much more profound shift underway, one that involves a significant Japanese commitment to infrastructure modernization in India, a substantially larger investment footprint and the accompanying eco-system that nurtures these processes.”

Hence, given their shared interests, it is no surprise that New Delhi and Tokyo are moving ever closer.

Dr. Rupakjyoti Borah is with the Institute of South Asian Studies at the National University of Singapore (NUS). His latest book is The Elephant and the Samurai: Why Japan Can Trust India? The views expressed are personal. He has earlier been a research fellow at the Japan Forum for Strategic Studies in Tokyo and a visiting research fellow at the Japan Institute of International Affairs, Tokyo. He can be reached via Twitter @rupakj and on e-mail at rupakj@gmail.com.