The Troubled State of China’s Economy: Nowhere to Expand 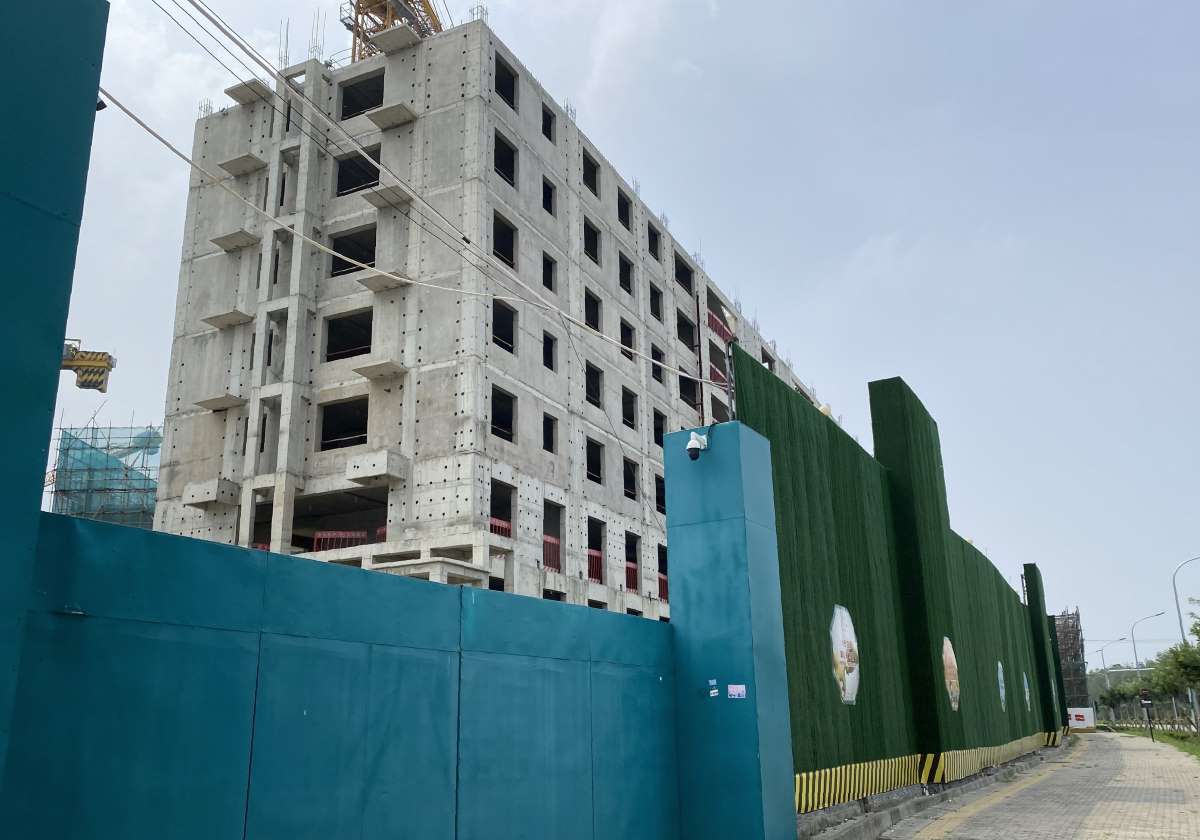 China’s economy appears as if it will not return to growth mode anytime soon. Real estate development, which has long been the economy’s driving force, sank with the bursting of the housing bubble. Quantitative monetary expansion is essential, but this is impossible because China’s foreign currency reserves, which underpin the issuance of yuan, are not increasing. An impatient President Xi Jinping is increasingly leaning on a hardline posture toward Taiwan.

A short video powered by WeChat, a smartphone app from China, caused a frenzy among young Chinese people on the night of August 2. The image of SPAR 19, the flight transporting US dignitaries including Nancy Pelosi, Speaker of the US House of Representatives, was broadcast in real-time as she flew from Malaysia to Taipei.

The image also showed the shadow of a Chinese military plane following it. The viewers became excited enough to call for striking down Pelosi’s plane. In China’s urban areas, the average unemployment rate for those aged 16-24 continues to rise, having reached 19.3% in June. It is easy to divert their attention to issues outside the country as an outlet for their discontent.

Telling the Story in Data

Under the guise of “the people’s ownership,” land in China is allocated by local governments controlled by Chinese Communist Party (CCP) members who represent the people, and ownership is sold to real estate developers.

Chinese Communist Party bureaucrats hold key positions in the People’s Bank of China and state-owned commercial banks, both of which control the issuance and distribution of money. The local government runs the “Rongzi Pingtai” (investment platform), an agency for financing and lending for real estate development.

In short, it has been easy to try to grow the economy because the CCP oversees all the land and loan money. Under the Chinese Communist Party’s command, all sites, including forested fields, farmlands, old urban areas, and cemeteries, should be bulldozed, leveled, and then improved with cement structures. In other words, creating fixed assets. Money would flow in abundance under the CCP’s mandate.

China’s economic dependence on fixed assets stands out against that of other countries. The country’s fixed asset investment has accounted for more than 40% of GDP for many years. In comparison, Japan stands at around 25%, the United States at around 18%, and Europe at just over 20%.

Fixed asset investment includes not only condominiums and commercial buildings, but also factories and other industrial facilities. Infrastructure such as highways and airports are included as well. China’s infrastructure development has advanced considerably in recent years, and investment in real estate development has been the main driver of GDP.

China would have us believe that it can print as much yuan as it wants and continue its rapid economic growth led by real estate investment if the Chinese Communist Party is so inclined. But those days are over.

As the drop in housing prices indicates on the graph, the housing bubble is as good as burst. There is market saturation, as many middle class people in Shanghai and other major cities have already purchased their second and third condominiums. With uncertainty about pensions and other social security benefits, accumulating wealth through real estate assets has been more popular with that same middle class.

As the working-age population shrinks, demand for new housing will also continue to decline.

There is a more critical issue: the fiscal and monetary aspects of the yuan. On July 19, Chinese Premier Li Keqiang stated at an online meeting of the World Economic Forum that “We will not implement large stimulus packages or policies to excessively supply currency to achieve too high a growth target.”

As shown in the graph, the real economic growth rate fell to 0.4% year-on-year in the April-June period of this year. Achieving this year’s growth target of around 5.5% seems out of reach.

Usually, the Party’s central government set the growth rate target at the end of the previous year, adopted it as a government policy at the National People’s Congress the following year, and then mobilized money to achieve the target. However, Premier Li hasn’t done that this time. Sometimes you can’t do something, even if you want to.

China has been eager to attract foreign investment in securities to supplement its missing foreign reserves. Since Russia’s invasion of Ukraine, however, foreign investment in China has dwindled. In addition, if Chinese troops invade Taiwan, the United States would likely impose financial sanctions against China, and no foreign currency would be flowing into China.

This graph suggests that a Taiwan contingency coupled with the long-term stagnation of the Chinese economy would be Xi Jinping’s downfall.