To Protect Japan’s Technology, Economy is to Protect Its People — Kobayashi 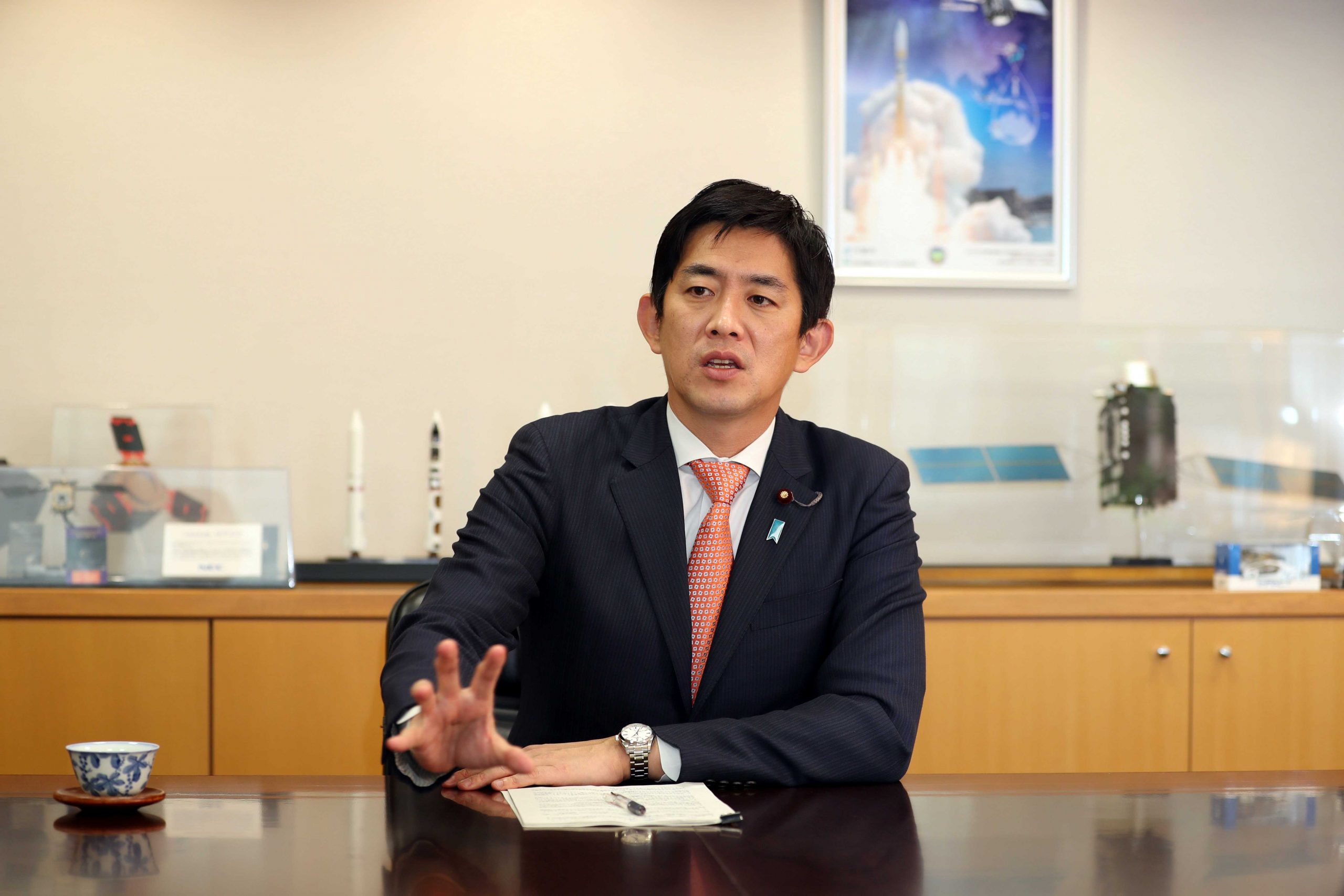 Prime Minister Fumio Kishida created the new post of Minister of Economic Security after taking the reins of government in October 2021, appointing LDP member Takayuki Kobayashi to the job.

The new minister granted an exclusive interview to The Sankei Shimbun and JAPAN Forward on December 7. In it, he discussed his views on economic security and the importance of including the subject in Japan’s next national security strategy.

The National Security Strategy has not mentioned the subject of economic security since the NSS was first introduced in 2013. However, in a December 6, 2021, policy speech before the national Diet, Prime Minister Kishida said, “Over the course of roughly a year, we will draw up a new national security strategy.”

PM Kishida also made it clear in the policy speech that he regards economic security as an important matter for his administration, emphasizing that “economic security is a matter of great urgency.”

Excerpts of Minister Kobayashi’s comments in the exclusive interview follow.


Based on your experience on economic security policymaking in the Liberal Democratic Party before taking the new office of minister, what are the most urgent points to address?

Japan’s advanced technologies achieved with government investments are regularly acquired by foreign companies. Japanese human resources are hired away to other countries, and information and intelligence are stolen by cyberattacks.

Recognizing that there is insufficient commitment by the Japanese government toward these risks is what brought me to dealing with economic security policymaking. If we lack a wider economic perspective while considering national security issues, we can never protect the lives and lifestyle of Japanese people, or our national interests.

The Japanese government shows its will to submit a bill on national economic security in a regular session of the Diet next year. Could you tell me what the points are?

A blue ribbon panel has already been launched and has begun considering a draft law for boosting economic security.

The experts panel is carrying out studies along the four main pillars of:

We would like to see the legislation developed immediately.


The Japanese government announced its intention to revise the NSS within roughly a year. How do you envision the treatment of economic security in the new strategy?

We hope to express the nexus of Japan’s approach to economic security with national security when revising the NSS. I enumerated three directions at the ministers’ meeting of the Council for the Promotion of Economic Security:

We must not allow ourselves to be affected by every move taken by other countries, such as the United States, Europe, China, and so forth. If Japan doesn’t define its own individual stance, we would end up just following [the lead of] others while pursuing cooperation with those nations.

Moreover, it is important for Japan to eliminate the current vulnerabilities we have in the advanced technology and economic fields. We need to hone our strengths and proactively participate in international society and the international rule-making process.


There are concerns in the business community that economic security will lead to restrictions on their economic activities. How do you view this concern?

Members of the expert panel include business community leaders from organizations such as the Keidanren (Japan Business Federation) and Japan Federation of Economic Organizations.


Is there any way to prevent research funds from getting into the hands of researchers who are linked to the Chinese Communist Party or other entities that pose threats to Japan’s national security?

We do not have a specific country in mind. We will revise our guideline on research integrity to ensure the soundness and fairness of research programs by the end of this year.

Currently, the government is calling on researchers and the institutions to which they belong to disclose information. We would also like to clearly define what sort of action would be taken against false reports under the revised guideline.