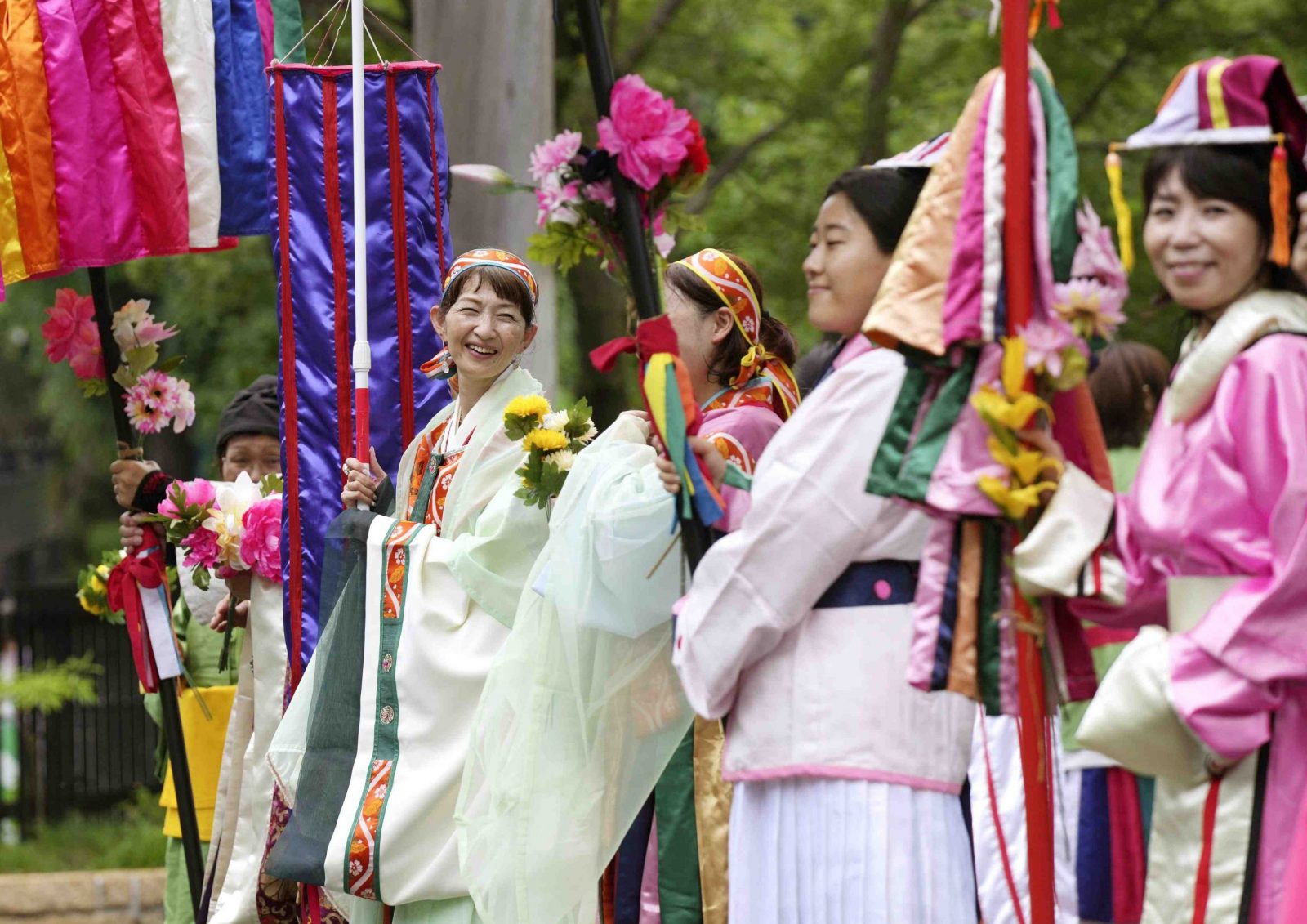 The Olympic torch made its rounds around Saitama from July 6-8, its last leg of the nationwide journey before it enters Tokyo for the two weeks preceding the Olympics.

During its three-day stay in Saitama, the torch passed famous sites such as Koma Shrine and Kawagoe Castle in a style all Saitama’s own.

Some portions of the relay included torchbearers on horseback, representing the culture of the people who came to Japan from the Goguryeo Region roughly 1,300 years ago, whose settlements included Hidaka City in Saitama as its center. Those leading the horse wore garments with patterns inspired by the Goguryeo Tombs, a UNESCO World Heritage Site.

One torchbearer rode on the rikusensha

Saitama also claims the honor of inventing the precursor to the bicycle, a boat-shaped vehicle that is used on land and has pedals known as a rikusensha. A bicycle as well as a reconstruction of the rikusensha were used during the relay, adding color and interest in a relay race punctuated by a lack of running.

Another part of the route was a train ride from Chichibu Station to Oyahana Station on an electric locomotive, a line that is a vital part of Saitama’s cement industry. Five cars, each painted a different color, were connected to each other for the journey. RELATED: Riding the Steam Train Chichibu Paleo Express

The torch makes its way down the Arakawa River

The torch also was carried on a Japanese-style boat and white-water rafted down the Arakawa River, which flows through both Saitama and Tokyo. RELATED: After Hagibis: Painters, Dog Walkers, Bagpipe Players, Magicians Bring Life Back to the Arakawa

One scheduled runner was Noboru Ishiguro, who passed away on February 11 of this year. As a competitor in the 20 kilometer race walk during the 1964 Olympics, he would have been a participant in both Tokyo Olympics.

Saitama attracted runners from a wide variety of backgrounds. Among them were Masami Horikoshi ー a former Rugby player and current coach, Masayuki Waida ー a fifth-generation tatami maker, and Kazuo Okano ー a karate instructor, who completed a portion of his route on horseback.

To add to the historical theme of the relay, the route included the Kawagoe-Kaido, a road that dates back to the Edo Period. RELATED: [Kimono Style] Stories of Japan’s Silk Road

The next stop on the torch’s journey is Tokyo, but following announcements that the relay will not take place on public roads, it is unclear what form the relay will take, or whether it will exude the color and creativity Saitama Prefecture pulled together to celebrate the Olympic flame in this unusual year. You can check the live stream from 8:45 A.M. JST at this link here.