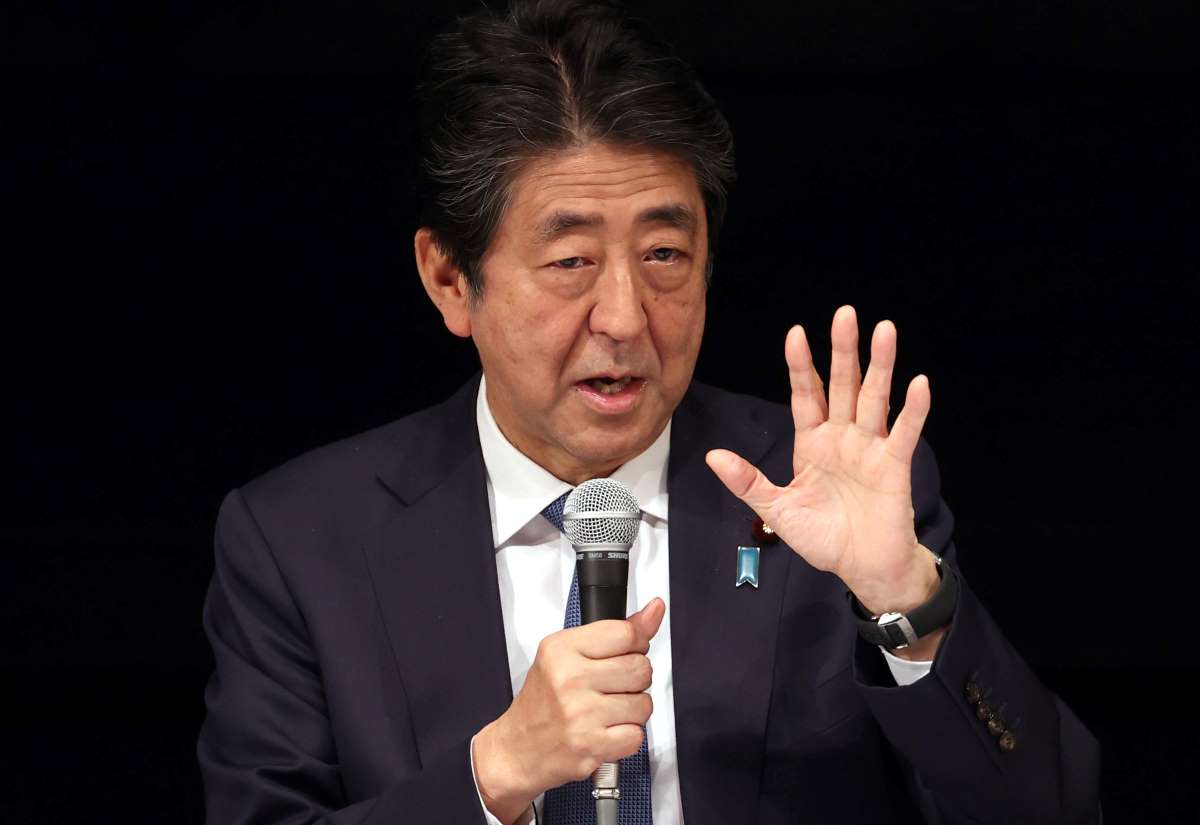 The following is excerpted with permission from the article “Tokyo Giant: Shinzo Abe (1954-2022)” published by The American Conservative on July 12, 2022:

At a campaign stop in the ancient capital of Nara on July 8, former prime minister Shinzo Abe was assassinated by a deluded nobody for reasons that apparently had nothing to do with politics. (It may have been religiously motivated, though—some reports indicate that the murderer’s mother was a member of the Korea-based Unification Church, which Abe was perceived to support.) The assassin used a homemade pipe gun to shoot Abe twice from behind.

So much, on the one hand, for the samurai spirit. In the old days, Japanese warriors knew exactly whom they were targeting and why. And it’s not exactly high Chushingura style to punk out and hit your man in the back from twenty feet away. No swords, no ritual, no honor.

So much, too, on the other hand, for Western liberals, who since before the Meiji Restoration have proven completely incapable of understanding what is going on inside Japan. Like nothing else I can remember, the death of Abe has exposed the gulf between the United States and its ally, a gulf that will never be closed as long as Washington remains under the sway of liberals.

The fact is, Shinzo Abe was a Tokyo giant who changed the political landscape in Japan and built up pro-democracy partnerships in the Pacific, Southeast Asia, South Asia, and East Asia. But to hear the Americans tell it, Abe was a fascist and quite possibly heralded the second coming of the Third Reich.

American liberals refused to understand Abe, and they quite frankly didn’t deserve him. The hour is probably too late to bridge the divide that they have created with Japan. Abe was the one man who could do it, but now he is gone and the liberals who lambasted Abe in life are gloating in his death.

For a glimpse into the gap between Washington and Tokyo that Abe was forever trying to close, consider the hit which National Public Radio ran against the former prime minister, virtually while he was still bleeding out on a gurney: a “divisive arch-conservative,” NPR claimed. But was Abe really a “divisive arch-conservative,” as the Washington liberal consensus alleges?

The short answer is no, on both counts.

First: “arch-conservative”? I wish. Had Abe been an American congressman, he would have been firmly on the Democrat side of the aisle, and pretty far to the left of that group on many issues. On the environment, health care, public transportation, and fiscal policy, to name just a few areas, Abe was a big-government leftist. His Abenomics scheme to revitalize the Japanese economy was statism and money-printing cranked up to eleven. The national debt ballooned under Abe, but neither he nor his core team of economic advisors blinked. Many so-called “conservatives” in Japan continue to push the central bank to crank out more and more fiat currency.

Ditto for globalist boondoggles like SDGs, the United Nations, and the Trans-Pacific Partnership. Abe, and the ruling party of Japan for almost all the postwar period, the Liberal Democrats over whom Abe presided, were in no way conservative on most of the things that Americans would recognize. Abe almost never mentioned abortion. He had no problem with Japan’s having only slightly more permissive gun laws than North Korea and Singapore. He truly believed in parliamentary democracy as a kind of Platonic ideal, and gave a rousing speech to the American Congress in 2015 that was a love letter to the Washington democratic mythos.

Even on national defense, Abe was basically a Kennedy-style Democrat. In April of this year, I attended a talk in Tokyo held by the Japan Forum for Strategic Studies (JFSS), a policy research organization of which I am a member. Abe, as JFSS’s top advisor, was the keynote speaker.

Read the rest of the article at this link.

Find The American Conservative online at this link.

Coverage of the assassination of Shinzo Abe here.