The Taiwan Strait: Clearing the Fog of 'Strategic Ambiguity' 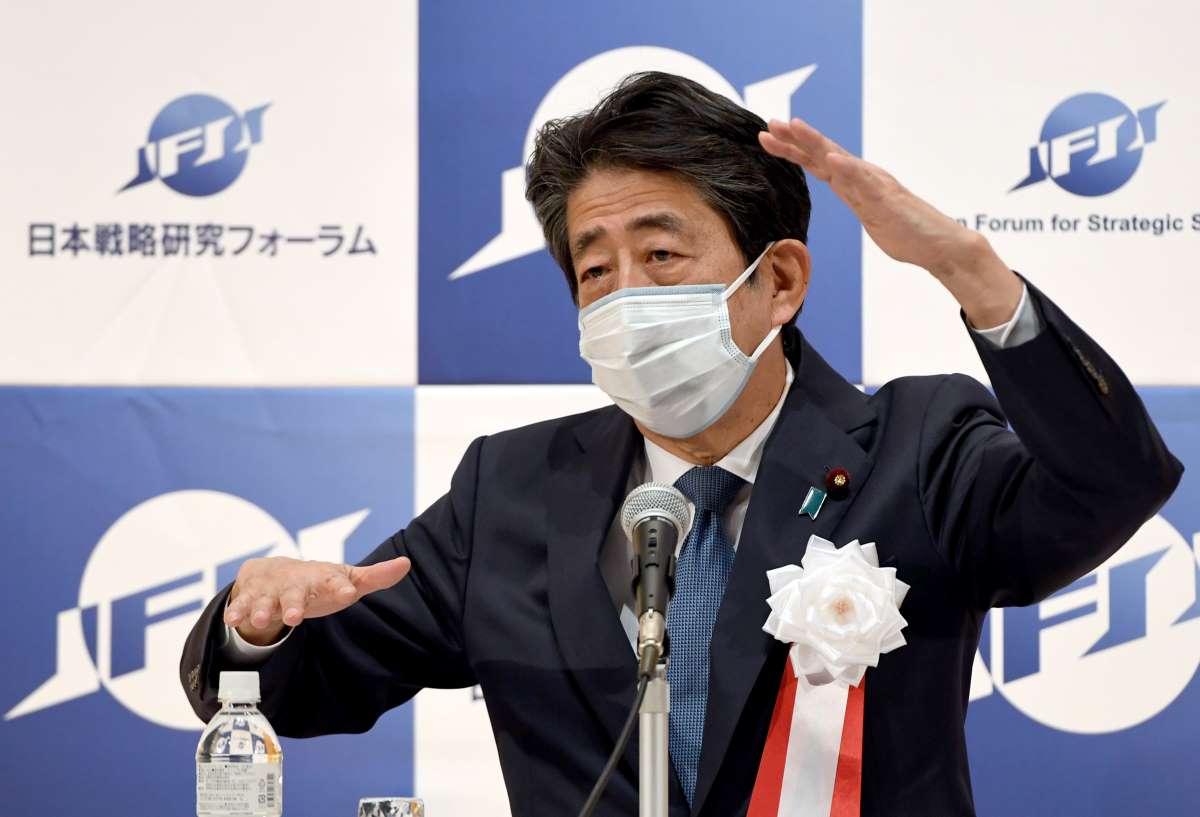 In the middle of a four-hour symposium held on April 21 at the Hotel Grand Hill Ichigaya in downtown Tokyo, former Japanese Prime Minister Shinzo Abe took the podium to deliver the keynote speech. He had been delayed by about an hour by work at the Diet building (he continues to serve in the House of Representatives), but his message was one of urgency.

“What is happening in Ukraine,” Abe said, referencing the invasion of that country by its neighbor, Russia, “could surely happen in Taiwan.”

The implication was unmistakable. In July of last year, Taro Aso, Finance Minister for then-Prime Minister Yoshihide Suga, said that a Taiwan contingency would present an existential threat to Japan. Aso further declared that Japan and the United States must work together to defend Taiwan.

Abe, in other words, was telling the Japanese people that they must prepare to fight if necessary. “No country will fight alongside a nation that does not fight to defend itself,” Abe said, reinforcing a theme he has returned to often in recent months.

“The balance of power is very different now than it was when ‘strategic ambiguity’ was decided,” Abe continued.

“Strategic ambiguity” in this context stems from the 1979 Taiwan Relations Act, an American law which requires the United States to equip Taiwan militarily to enable the island nation to defend itself if attacked. However, the law does not explicitly state whether the United States would directly intervene on Taiwan’s behalf. Hence, “strategic ambiguity,” a tactic designed to forestall aggression by the People’s Republic of China (PRC) by leaving open the question of whether an invading Chinese force would meet the United States on the field of battle in Taiwan.

“Japan must act,” Abe declared. “Japan must work to defend itself, and must maintain the power needed to prevent war from breaking out in the first place.”

He urged the United States to rethink its “strategic ambiguity” policy and clearly commit to the defense of Taiwan. Under Abe’s vision, Japan would play a major role in this power rebalance, for example by stepping up its cooperation with the Quad countries (America, India, Australia, and Japan). Abe also spoke of the need to show ー to the People’s Republic of China, Russia, and North Korea ー the strength of Japan’s ties with like-minded nations.

In other words, the days of ambiguity are over. The apparent inevitability of a Russia-like assault by Beijing on the Taiwanese people is sobering up many in the Japanese government. Japan appears to be taking the prospect of an invasion of Taiwan by China very seriously.

The Ichigaya symposium was sponsored by the Japan Forum for Strategic Studies (JFSS, with which this author is affiliated as a research fellow), with support from the Sankei Shimbun. The symposium was held to report on the results of a simulation held in August of 2021 by Diet members, former officers in the Self-Defense Forces, and experts in diplomacy and security. The simulation envisioned four scenarios for a possible invasion of, or attack on Taiwan, by the PRC.

Although unable to attend due to illness, JFSS director Taro Yayama explained in remarks published in the symposium program some of the purposes of the simulation. One was to help Japan to prepare responses to aggression by the Chinese Communists. Another was to bring to the surface unforeseen problems such aggression would entail. Finally, Yayama noted, the simulation served to reaffirm the strategic value of Taiwan.

Retired general and former Japan Ground Self-Defense Forces Chief of Staff Kiyofumi Iwata presented an overall view of the simulation. Later, retired admiral and former Japan Maritime Self-Defense Forces Chief of Staff Tomohisa Takei gave a detailed slide presentation on the four scenarios which the simulation had considered. Admiral Takei detailed the multitude of ways in which the Chinese aggressor could terrorize the people of Taiwan. Scenarios envisioned Chinese moves such as direct invasion, cutting off supply lines, disrupting internet service, blockading and starving Taiwan, and knocking out the power grid.

Just a few years ago, a simulation like this one might have been noticed by a handful of reporters, and maybe even denounced as right-wing scaremongering. Today, the mood in Japan has changed.

The Japanese public knows all about the Wuhan coronavirus, of course, as well as the brutal crackdown against Hong Kong. The truth has also been coming out about the Chinese concentration camps for more than a million Uyghurs, and the Chinese government’s ongoing genocide and vicious anti-religious bigotry against Tibet. For many in Japan, the true nature of the Chinese Communist Party is now impossible to ignore.

The Russian invasion of Ukraine in February of 2022 has only underscored the reality of the threat posed by the Chinese dictatorship. This threat was made even more palpable by a February 4, 2022 pre-invasion statement, issued by Russia and China, on a new era of “redistribution of power in the world.”

The national outlook in Japan has shifted dramatically in the face of these new realities. Even the reliably anti-Japanese broadcaster NHK in 2021 ran a special program on Japan, the “new Cold War” between the PRC and the US, and what might be in store for the Taiwan Strait.

In March and April 2022, NHK ran an updated and expanded version. The threat of war is real, and the people of Japan appear to be waking up from their long postwar pacifist slumber.

‘We Must Think About What Japan Can Do’

A panel discussion moderated by Seiron magazine editor Makiko Takita followed the main presentations. Takita opened the discussion by observing that, during the simulation, the situation in Japan developed rapidly, but the Japanese side took time to make decisions. Japan’s simulation team could not keep up with the unfolding of events in real time.

Oue’s comments reinforced those of Nobukatsu Kanehara, Doshisha University visiting professor and former assistant chief cabinet secretary to Prime Minister Abe (2012-2019). Professor Kanehara noted that, during the simulation, there was not enough information about what was going on in real-time, on the ground.

“We need a coordinating mechanism with the United States,” Professor Kanehara suggested. “We need a way to convey to troops what the strategy is and what they need to do.”

Professor Kanehara also proposed a national cyber warfare center for Japan. General Iwata noted in response the example of Israel, which allegedly developed the STUXNET virus in concert with the United States to attack nuclear processing facilities in Iran. General Iwata argued that Israel has a strong cyber warfare research and development capability which Japan should emulate.

Tomohide Murai, a professor at the Tokyo International University Institute for International Strategy, noted that the PRC is learning from the war in Ukraine.

He also pointed out that there are big differences in perception between China and Japan, and China and the United States. For many in the PRC, Professor Murai noted, they are the Ukrainians, the victims of foreign aggression.

Extending that analogy, Professor Murai noted that many in the PRC see Donbas, the territory in Ukraine ruled by Russia, as being like Taiwan. In other words, many in China see Taiwan as an organic and integral part of their country in the hands of a hostile and alien power.

Japan, Professor Murai emphasized, must understand how those in leadership in the PRC are thinking, and then be proactive in preparing for all contingencies.

Professors, editors, retired generals and admirals, former government officials, and the longest-serving postwar prime minister of Japan all gathered in Tokyo this month — before a crowd of several hundred — to talk about the gathering storm over Taiwan.

There could hardly be better proof that Japan now understands what Taro Aso said less than one year ago. A contingency in Taiwan will directly affect Japan.

Japan must stop being strategically ambiguous, and start getting ready to fight back.