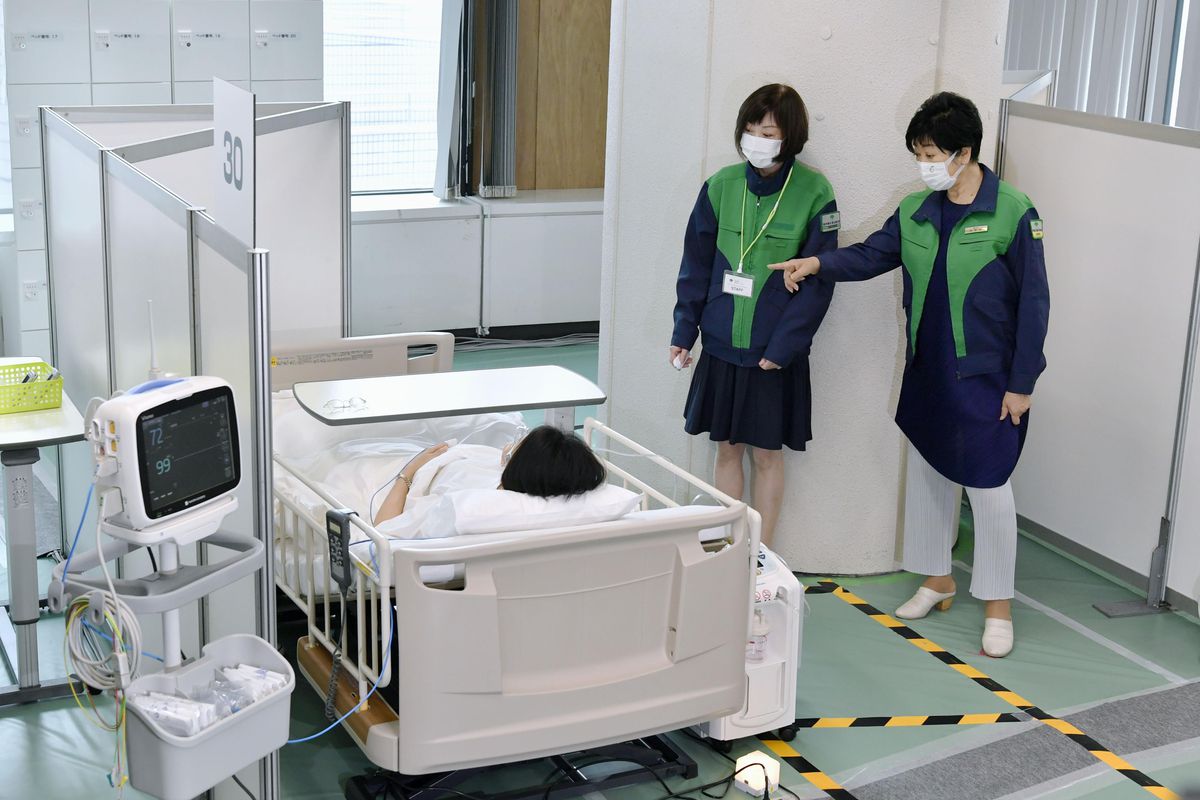 The Tokyo municipal government has begun considering establishing temporary medical care facilities to treat COVID-19 patients as a way to relieve the strain on the hospital system caused by the rapid spread of the virus, it was learned Saturday, August 21, from sources involved in the effort.

One idea being floated is to convert competition venues and other facilities used for the Olympic and Paralympic Games to such use.

However, officials are taking a cautious approach regarding the feasibility of setting up such “field hospitals” because of numerous concerns, including whether facilities, which were never designed for such a purpose, can be easily adapted and adequate staff can be secured.

Facilities intended for use in the Olympics and Paralympics owned or managed by the Tokyo government or related bodies are scattered throughout the greater Tokyo area. They include the Tokyo Aquatics Centre in Koto Ward and the Musashino Forest Sport Plaza in Chofu City in western Tokyo.

Medical professionals have increasingly been saying that many of these locations would make convenient sites for emergency medical treatment if converted into temporary medical facilities.

The Tokyo Metropolitan Government is prioritizing a decision on the matter, but with the Tokyo 2020 Paralympics scheduled to open on Tuesday, August 24, and run through September 5, any conversion of Olympic/Paralympic facilities could not even begin until September 6. Coordination among organizations involved would also be needed, which means that it would take some time before such field hospitals could be actually up and running.

Moreover, since the various competition venues were built with athletes and spectators in mind, their use as COVID-19 treatment facilities would require rigorous anti-infection measures and the installation of sophisticated medical equipment. Securing the large number of medical personnel needed, including doctors and nurses, could also prove to be a major bottleneck.

With the Delta variant of COVID-19 that originated in India now spreading unchecked in Japan, the number of patients in Tokyo who have to be treated at home continues to rise. As of August 12, the total had topped 20,000, and several cases have occurred in which the conditions of patients being treated at home rapidly deteriorated and they died.

A source with the Tokyo government said, “Amidst all the concern being expressed about the strain on medical facilities, securing more hospital beds has become an urgent issue, so we are looking into various possibilities.”

In addition, on August 21 the Tokyo government unveiled to reporters its plan to establish “oxygen stations” to treat home treatment coronavirus patients suffering respiratory distress who have requested emergency transport. This large-scale oxygen administration center is to be set up in a building in Shibuya Ward that formerly housed the national children’s center (“Kodomo no Shiro”). This 130-bed facility started operating on a 24-hour-a-day basis on Monday, August 23.

“How to prevent symptoms from becoming worse is an urgent matter,” said Tokyo Governor Yuriko Koike while inspecting the facility over the weekend. “We are trying to respond to a variety of needs.”

Plans call for other stations with a capacity of around 110 beds each to be established in August in municipal hospitals and other locations in Tokyo.

The idea is that patients would check in for short stays of one or two nights at the facilities, and then return home after their symptoms have improved.

According to the Tokyo government, ambulance teams and health centers are increasingly facing difficulty in finding medical facilities that will accept patients with lighter symptoms.

(Read The Sankei Shimbun reports on which this story is based at this link and this link.)