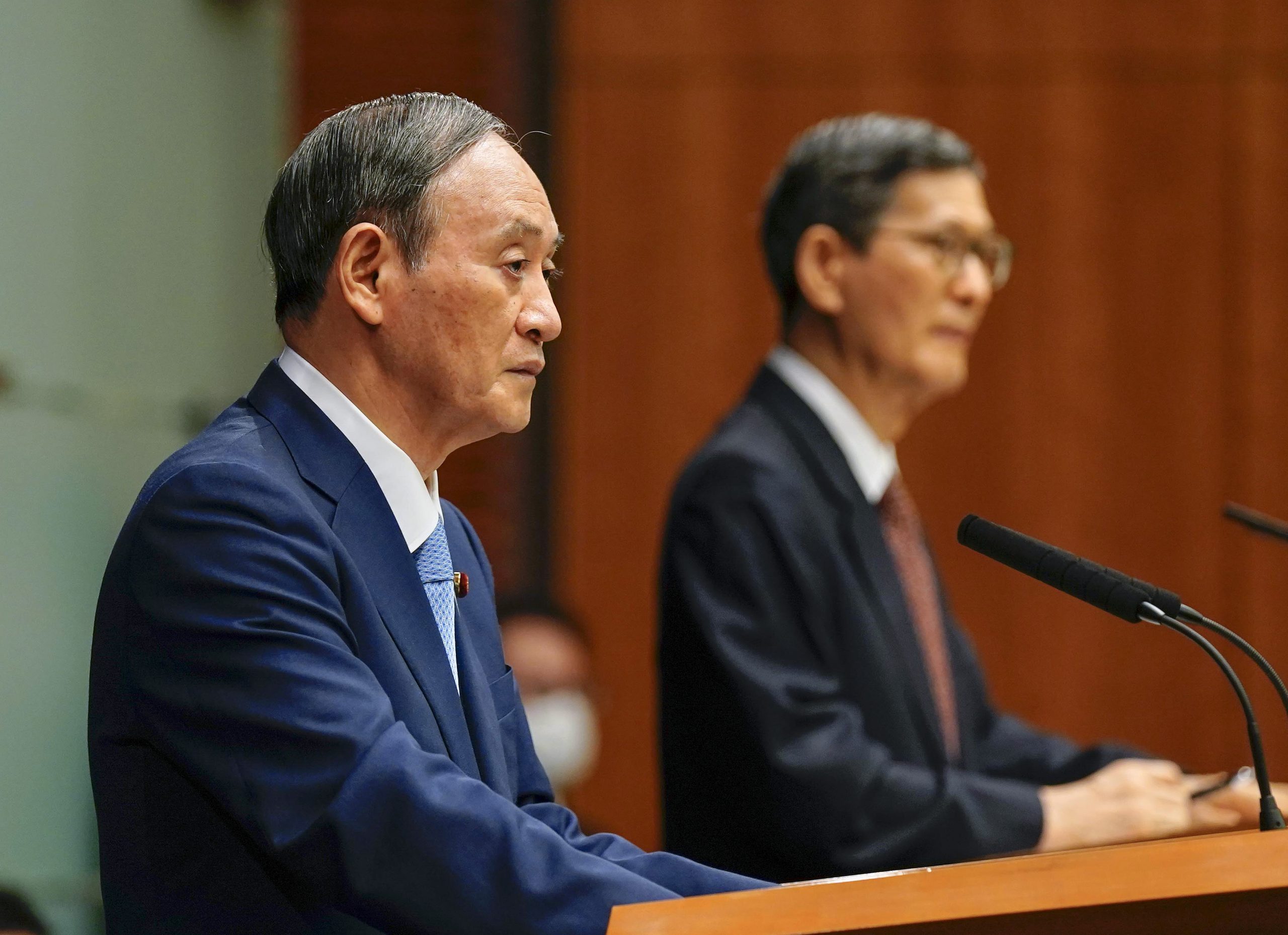 On August 17, Prime Minister Yoshihide Suga held a press conference to announce stricter COVID-19 measures for a number of regions in Japan to address the quickly rising number of infections.

Starting from August 20, seven prefectures are being added to the government-designated state of emergency: Ibaraki, Tochigi, Gunma, Shizuoka, Kyoto, Hyogo, Fukuoka. They join six prefectures already under the emergency measures, which are Tokyo, Saitama, Chiba, Kanagawa, Osaka and Okinawa.

The emergency measures are also extended until September 12 from their previously anticipated end date of August 31. This extended period encompasses the schedule for the Tokyo 2020 Paralympics, which will be held from August 24 to September 5.

“Due to the very contagious Delta variant, we are facing a very different situation in our country from what we have seen until now,” said Suga.

Already on August 11, the National Institute of Infectious Diseases in Japan reported that 95 percent of new COVID cases in the capital could be traced to the Delta variant.

This is a particularly crucial period for the Japanese leader, as Suga’s term as prime minister is set to end on September 30.

On August 12 Tokyo recorded the worrying figure of 20,726 people treated for COVID in their homes, more than twice the number seen at the previous peak recorded in early 2021.

On August 11, NHK reported the case of a man in his 30s with no pre-existing conditions who died at home after being diagnosed with COVID.

“For those who are [being treated] at home, I imagine they are very uneasy,” said PM Suga to reassure the public he was aware of their concerns, “We are working to increase consultations with doctors and setting up more oxygen administering stations in hospitals.”

In addition, the prime minister showed optimism for the introduction of antibody drug treatment to more patients going forward. The treatment was approved for use in Japan in July.

“The neutralizing antibody drug is an epoch-making treatment that can reduce the risk of aggravated illness by as much as 70%. We have secured a sufficient amount and it will be used in hospitals. But we also expect wider application in the future. The plan is to cooperate with local governments so that the medication can be taken to hotels, among other options,” explained Suga.

“We will use it intensively for those in their 50s and above, and for those with underlying health conditions, to prevent aggravated illness.”

Requests to the Population

As in previous states of emergencies, Prime Minister Suga asked for the cooperation of businesses and individuals to contain the spread of infection.

Going back to the first requests made by Prime Minister Shinzo Abe in April 2020, Suga asked for workers to reduce commuting to the office by “70 percent following the summer holidays.” In addition, he requested the public to reduce outings by 50 percent.

Department stores over 1,000 square meters were asked to reduce the number of people allowed to enter the premises, particularly in sections prone to crowds, such as the food-selling stalls often found in department store basements.

Restaurants have already been asked to refrain from selling alcohol, and close by 8 P.M. Bars and karaoke parlors that serve alcohol have been asked to close all together.

On the vaccination front, Japan is moving forward at full speed. Suga confirmed: “The plan is to finish vaccinating close to 60 percent of the population by the end of September.”

“This will bring us in line with the figures in the U.S. and the U.K.,” said Suga. The prime minister had previously pledged to fully vaccinate 40 percent of the population by the end of August.

Currently, as of August 17, 37.6 percent of the population is fully vaccinated, with over 110 million jabs administered, according to government data.

Suga pointed out that the numbers are encouraging, as he highlighted the COVID-19 death rate among the over-65s, the most vaccinated group. “The death rate, which used to be around 20 percent, has now dropped to 3 percent,” he announced.

Of the over-65 population, 84.3 percent are fully vaccinated, a percentage which is higher than the numbers in the U.S.

“But as the vaccinations continue among those in their 40s and 50s, and younger members of the population, we will finally be able to see the light at the end of the tunnel,” commented Suga.

Earlier in the day in an online press conference, Minister in charge of vaccinations Taro Kono expressed the aim of increasing the number of companies administering vaccinations by August 30.

How to Gain Public Cooperation

Part of the conversation during the press conference was about whether changes to the Law concerning the Prevention of Infectious Diseases were needed to gain public compliance with government requests.

“We fear that there are many people who think, ‘what is the point?’ I think it’s natural that citizens are frustrated,” conceded Suga.

While Suga had declared in a press conference in July that he thought stronger legal measures akin to a lockdown “would not match the Japanese people,” on August 17 he reflected otherwise.

“With COVID-19 being an emergency situation, we need to consider a revision of the legal framework governing infectious diseases going forward,” said Suga.

The legal framework issue was also relevant in the wider discussion of health policy. PM Suga in particular honed in on the provision for sufficient hospital beds. Japan in fact has the highest number of hospital beds per capita in the OECD (12.8 for 1,000 people), and yet just over 1,600 serious patients nationwide is enough to put strain on the medical system.

“Until now, we have been relying on hospitals providing beds on a request-based system. If hospitals don’t cooperate, we can publish their names. But the reality is that this is not really used,” explained Suga “I really think that this system needs to change going forward to deal with emergency situations.”

He added: “What’s more, there is no real way to quickly introduce vaccines or medical treatments. Considering all these elements, we would like to quickly consider changes to the legal framework going forward.”