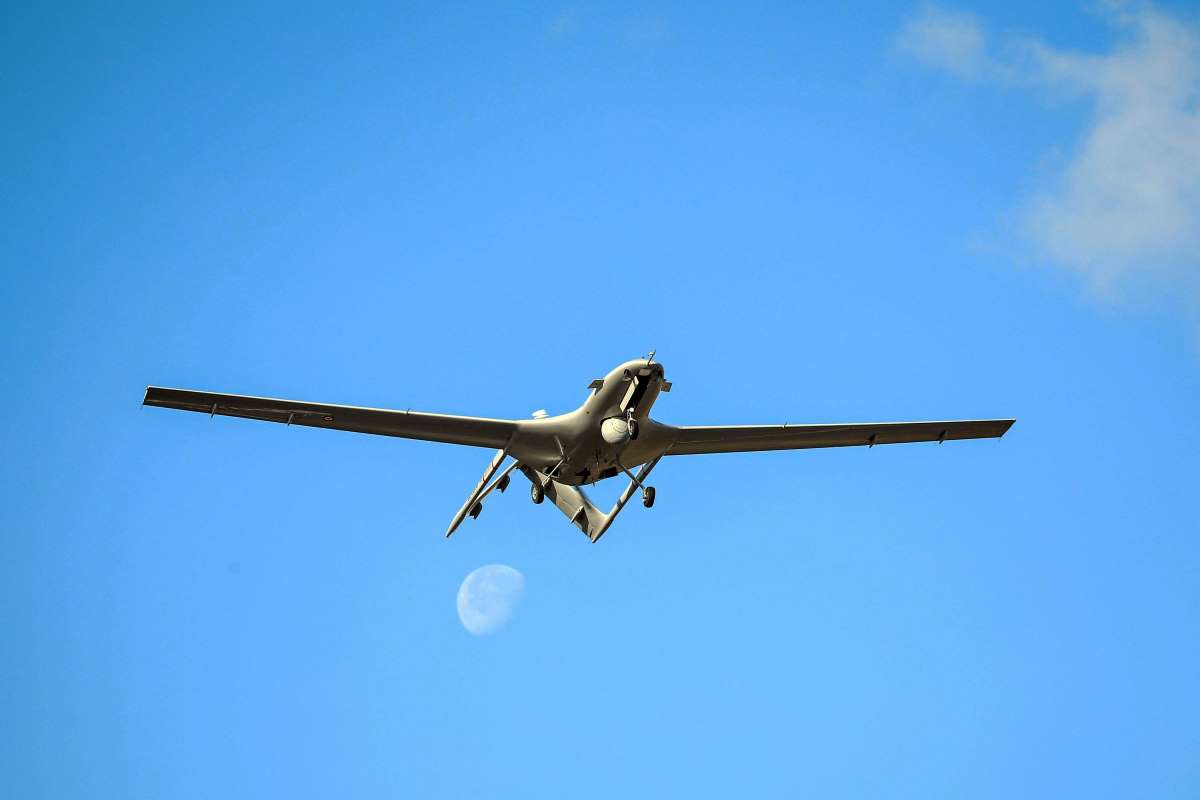 Turkish-made offensive drone "TB2" such as Ukraine has used to deny Russia control of its airspace. (from the Turkish Baykar website)

The Defense Ministry of Japan is considering integrating attack drones into its plans starting in its fiscal year 2023. On March 30, 2022, Japan announced that it would develop unmanned aerial vehicles (UAVs) capable of military strikes.

The war in Ukraine has played a role in this decision. During the early days of Russia’s invasion, Turkish Bayraktar TB2 drones supplied to the Ukrainian armed forces saw action. UAF drones have targeted surface-to-air missiles (SAMs) arrayed by Russian troops, and the UAF has indicated that the radio-controlled, unmanned TB2 has demonstrated highly effective warfighting capabilities.

While drone warfare already had the attention of Japan’s Self-Defense Forces (SDF), allocated resources have been far from sufficient. Moreover, Japan’s use of drones has been limited to non-lethal tasks, such as reconnaissance and related purposes.

From around the third day of the Russian invasion, the Ukrainian armed forces employed drones in attacks on Russian SAM sites. UAF also reported that drones were successful in retarding Russian logistical support by destroying transport vehicles on the road and thereby blocking materiel from reaching the Russian front lines.

Video from consumer drones operated by civilians were posted online by the UAF, showing Russian-caused damage in the country. Thus, activist-owned UAVs served in the information war with Moscow and helped in securing support from other countries.

Observers have been keen to note the effectiveness of Ukraine’s electronic warfare devices deployed to knock out Russian drones. Although Russian forces conducted UAV strikes against Ukrainian drone bases, the attempts have been thwarted.

The UAF’s electronics successfully jammed Russian drone communications within one kilometer above the ground, the primary activity zone for UAV operations. As a result, the Russian armed forces were prevented from taking control of Ukraine’s airspace.

Indeed Japan’s SDF has been paying attention to UAV capabilities. As Chief of Staff Yoshihide Yoshida of the Ground Self-Defense Force put it on March 17, “There is no doubt that reconnaissance and attack functionality using a multitude of low-cost ‘drone swarms’ would be militarily advantageous.” Yoshida holds the top military rank in the GSDF.

The way the SDF has employed drones until now has been narrowly restricted. Japan’s weaponless UAVs have been limited to smaller models with wingspans of one to two meters.

SDF drones have been used to evaluate damage from natural disasters. They have also provided a better understanding of conditions during tactical exercises. Three large-size reconnaissance drones capable of flying over long distances were deployed in March 2022 at the Air Self-Defense Force’s Misawa Air Base in Aomori Prefecture.

The defense ministry has earmarked ￥30 million JPY ($245,000 USD) as part of its FY 2023 budget for research on the performance and fuselage design of small-size attack drones produced by foreign countries. Defense ministry officials in charge of the program say the budget appropriation for the next fiscal year is only “for the initial phase of studying the basic operation” of drones capable of striking enemy forces.

Do attacks on enemy drones violate Japan’s basic security posture requiring force to be used “exclusively for defense”? A debate over the roles permitted by weaponized UAVs continues.

It seems necessary for the Japanese government to articulate a clear-cut position on the engagement of UAV drones with attack capability in the revision of the nation’s National Security Strategy that the government is scheduled to make by the end of 2022.