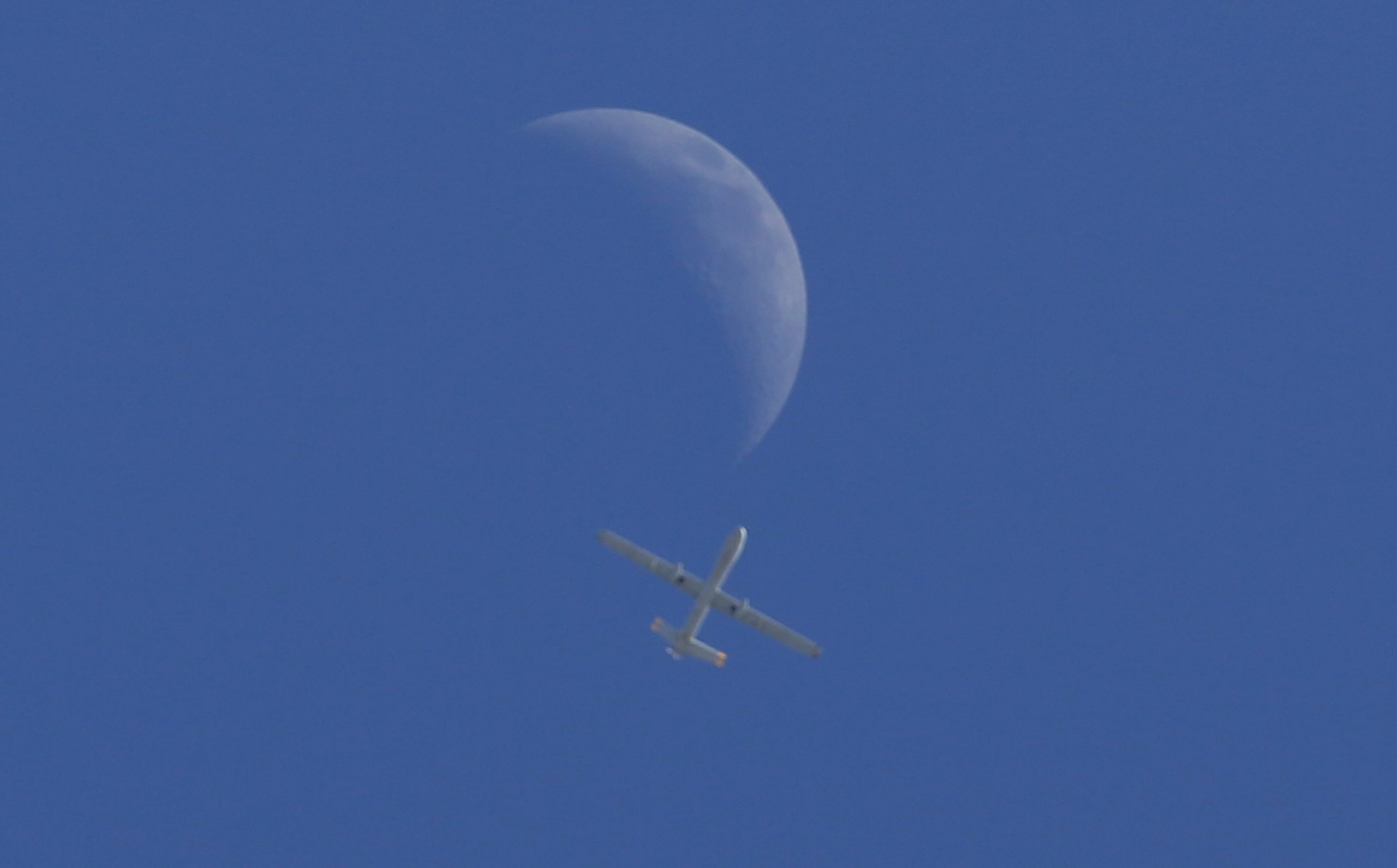 An Israeli drone files over Gaza City on Monday, May 17, 2021. The Israeli military unleashed a wave of heavy airstrikes Monday on the Gaza Strip, saying it destroyed 15 kilometers (9 miles) of militant tunnels and the homes of nine Hamas commanders as international diplomats worked to end the weeklong war that has killed hundreds of people. (AP Photo/Khalil Hamra)

The Japanese machine maker Tonegawa Seiko has been referred to prosecutors for allegedly trying to export motors to China that could be used for drones in a military context.

Tonegawa Seiko reportedly made the attempt without gaining permission from the Japanese government. The motors in question have been widely manufactured and used as consumer products, but in some cases there is evidence of the motors being used for military purposes.

The use of consumer technology in the military sector is something that is gathering attention in various countries, with nations such as China promoting Military-Civil Fusion strategies. The trend indicates that export control over consumer items can be a complicated issue.

‘I Didn’t Think I was Breaking the Law’

In the case of Tonegawa Seiko, the company based in Tokyo’s Ota ward and its 90-year-old president were referred to prosecutors on suspicion of trying to export sensitive technologies without a permit.

Servo motors are electrical devices used for converting an electrical signal provided as input into a precise angular velocity. They are used in a wide range of products, such as radio-controlled cars, arms of industrial robots, drones, medical devices, and amusement park machines.

Under the Foreign Exchange and Foreign Trade Act, there are two regulations concerning security when exporting.

One of the regulations demands a list of all the items and technology that require approval from the Ministry of Economy, Trade and Industry (METI). It applies to the export of any materials that could be used for weapons of mass destruction such as nuclear weapons.

There is also something called “catch-all,” which covers additional items that are not necessarily covered under the list regulation.

In an interview with The Sankei Shimbun, the head of Tonegawa Seiko revealed that he had contacted METI about exporting to China. But, he added: “After about six weeks, there was still no reply from METI. In the meantime, I had received payment from the Chinese company and an email saying that the Chinese military does not use imported products. Therefore, I didn’t think I was breaking the law.”


Military Use in the Middle East

Why have so many widely used consumer products become regulated? The answer to this question can be found in a report published by the United Nations in January 2021.

In the report, there is a photo of a servo motor with the words “Tonegawa Seiko” written on it.

In November 2018, 60 Tonegawa Seiko servo motors that had been sent to Yemen were seized in the United Arab Emirates. The report also states that a Tonegawa Seiko servo motor was found in an Iranian drone that crashed in Afghanistan. Moreover, the publication states that such motors may have been used in military drones by the Houthis (an Islamic minority of Zaydi Shiites that has been fighting Yemen’s largely Sunni government since 2004).

The report is critical, saying that such exporting has added to the conflict in Yemen, which is caught up in a civil war.

On the issue of whether Tonegawa Seiko servo motors were used in military drones in the Middle East, the company president says “it is not possible,” on the grounds that the structures of the items are different.

The company chief added: “I have been following METI guidance for the past 40 years. There has been talk of weapons of mass destruction, but we assumed our motors were merely being used for radio-controlled cars.”

According to the Public Safety Bureau, Tonegawa Seiko has exported 11,000 servo motors since 2006. Export destinations include Hong Kong and the UAE. The head of Tonegawa Seiko does not acknowledge the use of his firm’s motors in military drones, but he admits that he has done business with countries such as the UAE.

As a person involved in the current investigation points out, in reference to Japanese consumer products, “Japanese technology is regarded very highly in the Middle East.”

According to Professor Seigo Iwamoto of Kyoto Sangyo University, who is an expert on international law and military drones, the sophisticated nature of a drone’s components means that such components can be sold onward. Because of this, they can eventually end up in the hands of terrorists looking to make drones.

Drones can be used to invade battlefields at low altitude, and their small size makes them difficult to trace on radar. It is said that they are used for terrorism and conflict in Iran and other countries across the Middle East.

In addition to raising the alarm, the case involving Tonegawa Seiko shows, “Even if you bring in regulations on the resale, reuse, and disassembly of items such as servo motors, it is difficult to stop them entirely from ending up in drones.”