Since recognition of Japan Cool in 2009 by Douglas McGray, there has been a steep increase in the number of visitors to Japan. Most visitors are from China and Korea, though many also come from Europe and North America and, more recently, Southeast Asia.

Visitors from Asia seem to be heavily oriented to shopping and traditional tourist destinations, such as Kyoto and its temples. European and North American visitors seem more drawn to anime and Japanese pop culture. Neither would seem to be attracted to the museum described here, with the somewhat ponderous name, Edo-Tokyo Open Air Architectural Museum. This museum, though, has much to offer both those interested in Japanese tradition and those interested in Japanese pop culture.

The famed Japanese animator Hayao Miyazaki—creator of Princess Mononoke, Howl’s Moving Castle, and The Wind Rises—has his studio not far from the Edo-Tokyo Museum and is said to have been a frequent visitor. Buildings within the museum appear to have been models for those appearing in his Spirited Away (千と千尋の神隠し, Sen to Chihiro no Kamikakushi). The opportunities for selfies with the original models as backgrounds are obvious. In addition, the Ghibli Museum dedicated to the works of his studio is near a station on the Chuo Line, the main route from central Tokyo to Koganei, where the museum is located. With planning, both can easily be visited in a single day trip.

For those more interested in “traditional Japanese culture,” the museum offers a number of dwellings and shops spanning a range in time from the late Edo period (early 19th century) to the early post-war Showa era (1950s). Because homes with sufficient architectural merit to have survived for several centuries tend to be those of the wealthy, not all social classes are represented, but this in no way diminishes the value of the museum.

There are residences of both samurai and commoners from the Edo period with their thatched roofs and smoky kitchen areas with dirt floors. There are early 20th century residences of wealthy Japanese with an eclectic mix of Japanese and Western styles and construction materials as well as several examples of full out Western design “with Japanese characteristics.”

Particularly interesting are the shops that combine features going back into the Edo period with 20th century artifacts, such as hand-cranked cash registers. Such shops survived well into the postwar period and a few still exist. Viewing one of the relocated shops in the east zone of the park, I was reminded of something I saw frequently when I was first in Japan in 1971. A shopkeeper would calculate the change due me using a small electronic calculator, a device that was just becoming affordable and common at that time. Then, the shopkeeper would check the accuracy of calculators using an abacus.

In addition to relocated shops that originally sold things including handmade cosmetics and umbrellas, the east zone has a fine example of a Tokyo-style public bath house (sento) with the standard accoutrements of such establishments, including a wall mural showing Mt. Fuji. Public bath houses are steadily disappearing in Tokyo and a foreigner with conspicuous tattoos will have great difficulty bathing in any currently operating establishment. The recreated one in the museum is a good way to get some sense of their ambiance, albeit without the actual bathing.

Many of the buildings are open to exploration, although for some you need to shed your street shoes. Open buildings generally have volunteer guides, and some speak English. There are also occasional demonstrations of traditional crafts and sales techniques that were in use before household items such as soy sauce were sold in prepackaged form.

As a historian of the period covered by this museum, I found the volunteer guides quite knowledgeable and enthusiastic, although because I spoke to them only in Japanese I cannot testify to their English language ability. In fact, I was pleased to learn a bit of history from the guide at one of the late Edo period dwellings. She explained that the house she minded had been that of a samurai living in the Hachioji area who had been both a farmer and a landlord. While his house looked very similar to commoner dwellings, there were subtle differences associated with status, such as not having a sunken hearth fireplace (irori).

I had known that, contrary to popular claims that there was a sharp division between the samurai and commoners, the line was in fact blurred. This was well-depicted in the autobiographical novel Omoide no ki (Footprints in the Snow) by Kenjiro Tokutomi (pen name Roka). I had associated this pattern of rustic farming samurai with peripheral areas and did not know that it had also been common near Edo, the seat of government for the Tokugawa ruling families.

Aside from vividly showing changes in lifestyle at least for those with some means, the museum has buildings connected to major events in 20the century political history, most notably the residence of Korekiyo Takahashi, who was minister of finance in 1936. On February 26, 1936, Takahashi was assassinated in the study-bedroom on the second floor of the building on display in the park, which at that time was located in the Akasaka area of Minato Ward.

He was assassinated by young military officers, who objected to the stated intent of Takahashi to reduce the military budget as part of an effort to forestall inflation brought on by deficit-financed government spending. His assassination was not an isolated act, but rather one part of an attempted coup d’état that saw the government office area—Nagata-cho in central Tokyo—occupied by the dissident troops until they surrendered in the face of threatened action by other troops loyal to the government and the Emperor.

Even today, it is widely believed that there is more to the background of the 2.26.36 incident than has ever been made public. New discoveries pertaining to it become front page news because the attempted coup is regarded as one of the tectonic shifts in modern Japanese political history. A very voluble guide was ready to provide vivid details of the 2.26.36 incident, and the death of Takahashi in the very room we were standing in.

Even without the assassination, Takahashi would be an exceptional figure. He was popularly called Dharma-san, reflecting his rotund figure, unusual for Japanese of that period. In economic history he is credited for practicing Keynesian economic policies before the famous British economist Lord Keynes formulated and published his ideas. He was, moreover, largely self-educated and had spent his youth as an indentured servant in quasi-slavery in San Francisco in the United States. A well-regarded biography by the American historian Richard Smethurst covers the life of this fascinating Japanese with a larger than life career and personality. [ Link: Richard Smethurst, From Foot Soldier to Finance Minister: Takahashi Korekiyo, Japan’s Keynes (Harvard University Press, 2009).]

The Museum is child-friendly, and among its exhibits is a Tokyo tram from 1962 that seems to be of particular interest to young boys. In the Koganei Park that surrounds the museum there is also a steam engine and coaches together with various play facilities for young children. The park is a good place to picnic all year round, but it is especially good during the o-hanami (blossom viewing) days, when the 1,700 flowering cherry trees in some 50 varieties in the park are in full bloom.

The museum and Koganei Park are taken up in many English language sites directed at foreign visitors, and both get good reviews, with the museum typically getting rave reviews. 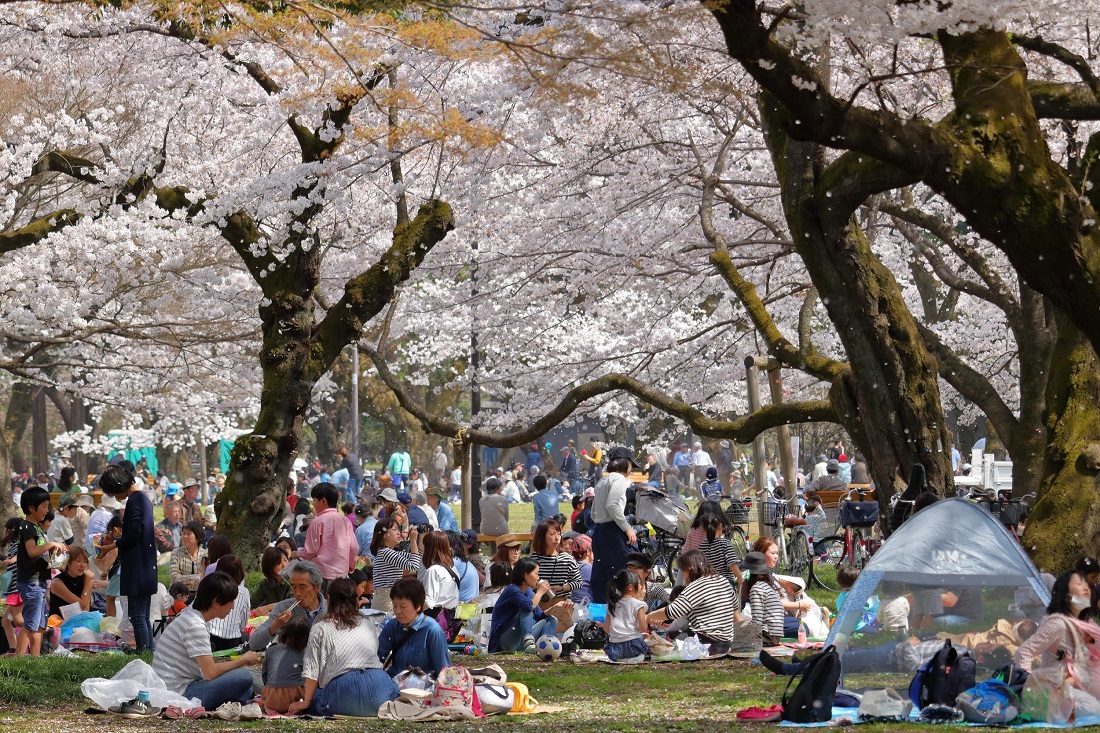