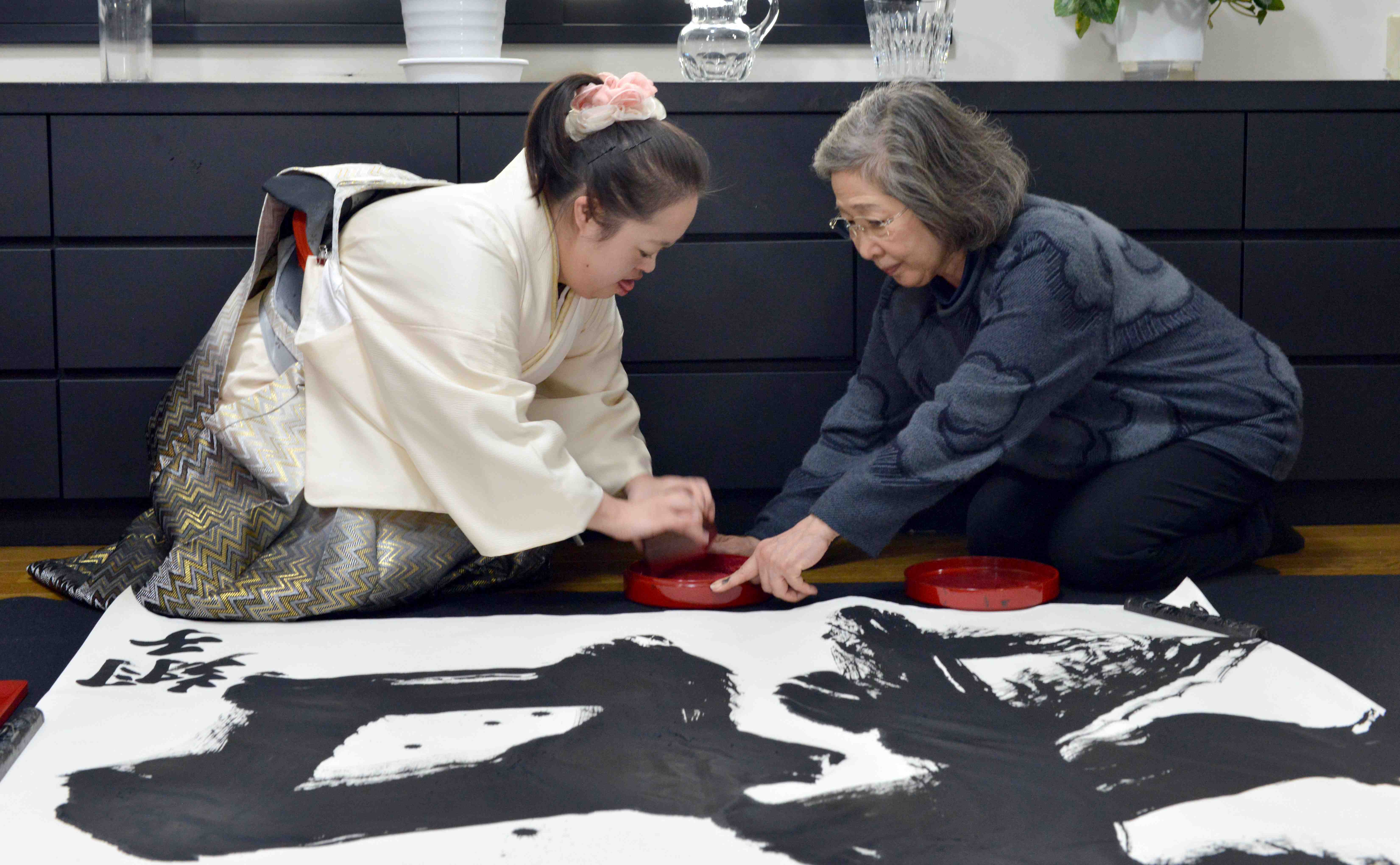 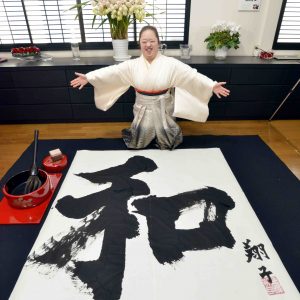 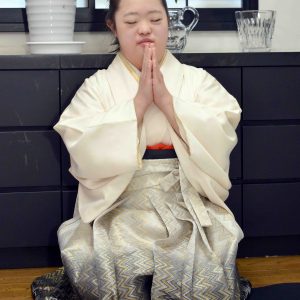 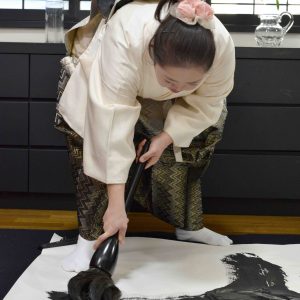 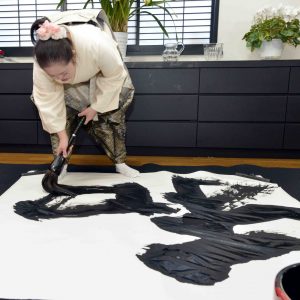 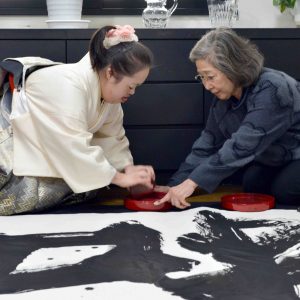 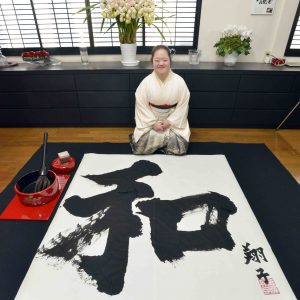 Shoko Kanazawa, 34, a Japanese calligrapher who also happens to have Down Syndrome, decided that the kanji for the first New Year of the Reiwa era will be wa, which means “harmony.” It is also often used as shorthand for “Japan.”

We rang the doorbell at Shoko’s family home in Kugahara, in Tokyo’s Ota Ward, and Shoko came to the foyer to greet us, wearing a cream-colored kimono and hakama bearing a stylized block lightning pattern in silver and gold that she had made just for this occasion.

As she took her place before the washi (Japanese paper), Shoko assumed the seiza seated position, closed her eyes, and quieted her mind. After offering a prayer, she took in her hands an enormous brush and wrote out the kanji in one sudden go.

When her calligraphy work was done, Shoko was back to being all smiles. “Happy New Year!” she said.

“My heartfelt wish while writing wa was that I want everyone to be happy and well.”

Shoko does much of her calligraphy work at her family home, where we visited her. But ever since she turned 30, she has been living by herself.

During that time her career has also broken new ground. In 2018, for instance, she was selected to be one of just 12 artists asked to create an official art poster for the 2020 Olympics and Paralympics.

From January 1, 2020, she will be in Kaohsiung, Taiwan, where there will be a solo exhibition of her artwork. In April of 2020, she will again visit Taiwan, this time in Taipei, for a live performance of her calligraphy. She will also give calligraphic performances in Los Angeles, as well as in the Japanese Garden in Portland, Oregon.

This marks the third year in a row that JAPAN Forward has arranged with Shoko’s mother, mentor, and manager, Yasuko Kanazawa, for Shoko to write a New Year’s kanji for our readers. The first year, 2018, Shoko wrote hikari or “light,” and in 2019 her kanji for us was inori — “prayer.”

The idea for a Shoko Kanazawa New Year’s kanji is inspired by the “This Year’s Kanji” event organized every year by the Japan Kanji Aptitude Testing Foundation, which sponsors a calligraphic exposition at Kiyomizudera Temple in Kyoto. The kanji chosen for this 2020 was rei, the first character in the new era name of Reiwa, so Yasuko and Shoko decided that this year’s Shoko Kanazawa New Year’s kanji should be the second character in Reiwa, wa.

There is more to Shoko’s wa than the era name, however. As Yasuko explained: “People have all sorts of difficulties, and there are problems everywhere. We want the world to have wa. We want people to live in harmony and reconciliation with one another.”

From all of us at JAPAN Forward, and on behalf of Shoko and Yasuko Kanazawa, we wish all of you a happy and harmonious Reiwa new year!