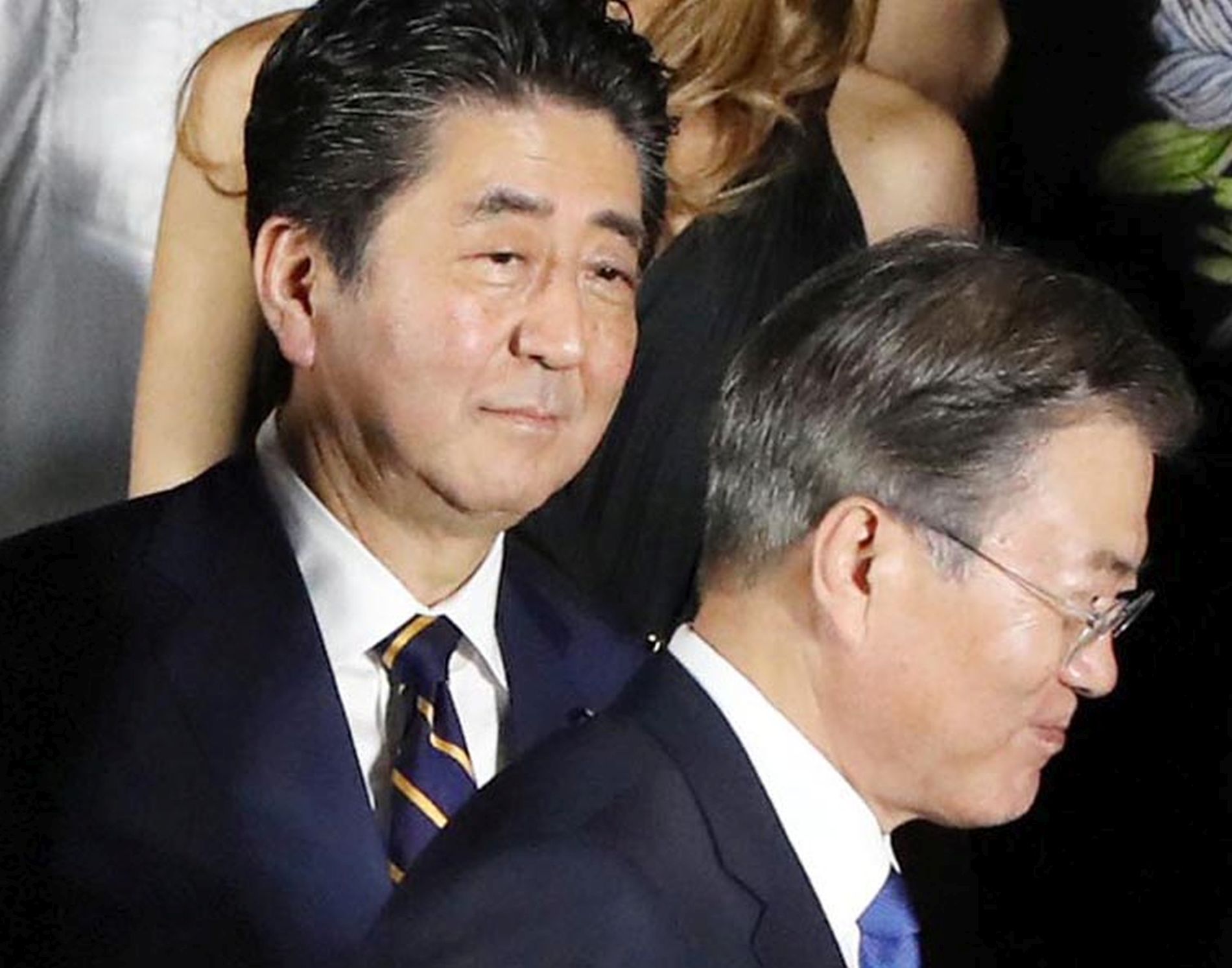 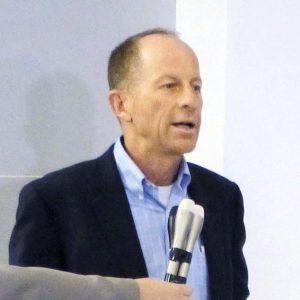 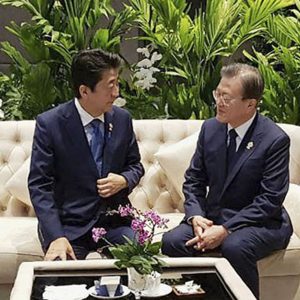 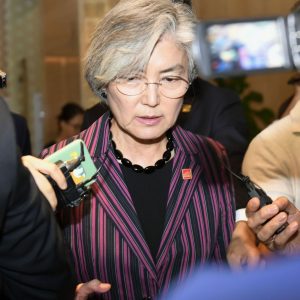 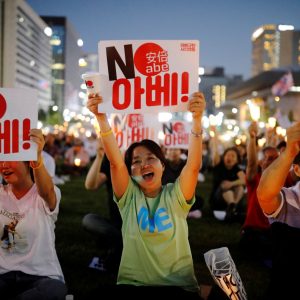 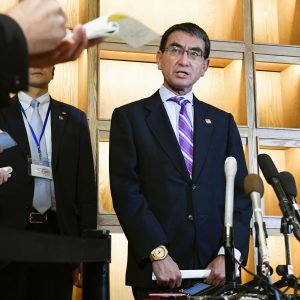 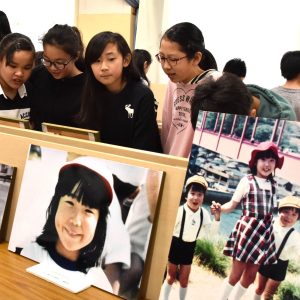 North Korea Abducted Japanese and South Koreans from their own Homelands 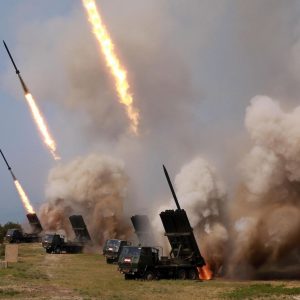 David R. Stilwell, U.S. Assistant Secretary of State East Asian and Pacific Affairs, stressed the importance of open communication and close trilateral relations between the United States, Japan, and South Korea in an interview with the Sankei Shimbun and other Japanese media in Tokyo on October 26.

Stilwell singled out GSOMIA — the General Security of Military Information Agreement — which is set to end on November 22. He repeatedly expressed the need for more active cooperation between Japan and South Korea in order to create a sustainable, positive future.

Excerpts from the interview, including comments on GSOMIA and North Korea, are below.

What is your opinion about the GSOMIA between Japan and South Korea?

It took a lot of time to get to that agreement. Negotiations to build trust are important. We can all recognize how important it is with [North Korea’s] most recent submarine-launched ballistic missiles. The agreement benefits all sides.

More communication is always better than less. Especially during a time when threats and the capabilities of North Korea are growing, cooperation helps the R.O.K. side, the Japan side, and the United States.

We encourage more communication to benefit all parties. And economic issues should be kept out of this largely security issue.

There has been speculation that North Korea could launch long-range missiles or do nuclear testing. What would be the red line for the United States?

Once you identify red lines, you’ve just boxed yourself into a corner and you have no maneuvering room. Red lines are good for immediate action, but this is not really a military problem. It’s a much broader political issue. Drawing those red lines actually makes it worse.

Ambiguity helps. In this case it’s frustrating, and it’s certainly frustrating for our allies, but it also gives room and space to negotiate.

By choosing to interact with North Korea and by pressuring and letting them know we’re serious, over the last couple of years, the United States has gotten much further with these negotiations than previous years.

We’re not going to get a solution right away ー it’s going to take time. I think the progress over time has been positive, so we’re going to continue to work with them. Clearly, we will stay in close coordination with Japan on these things. The more we can talk, the better.

Do you think more pressure should be applied on North Korea? What is the biggest issue moving forward?

Patience is required. That’s been the plan all along ー patient diplomacy with North Korea. Trying to force a solution overnight hasn’t worked in the past, and won’t work now.

What we have seen in the past is that we’ve gotten positive language where the North Koreans say something, and then, claiming victory, we say we’ve solved it. Well, it just encourages bad behavior.

President [Donald] Trump and the administration have done a great job of applying consistent pressure. Keep the pressure on throughout ー not just saying everything is fine and trying to begin a normal relationship right away. You have to continue to add pressure.

You’re going to see some variations in the pressure over time. A lot of it depends on the negotiating attitude by North Korea. We wish they would continue to negotiate on a steady basis.

The threat to Japan from North Korea has grown as they continue launching missiles. How can the U.S. and Japan cooperate to address the problems with North Korea?

As far as the threat to Japan ー we’re very aware of it. We’ve been very appreciative of Japan’s support, in providing for your own missile defense, and the radar sites on the west side are very helpful.

The cooperative aspect of U.S.-Japanese engagement in preventing North Korea from doing something bad with missiles has been positive throughout, and will continue to be.

The goal is final, fully-verified denuclearization.

Do you think it is possible that South Korea could reverse its decision to terminate GSOMIA?

We do, of course, encourage the Korean side to return to this agreement, because it benefits us, it benefits you, and it certainly benefits them as well. Any fallback options don’t count.

These missile launches just happen too quickly. The use of GSOMIA with the missiles demonstrates that it’s smart to use it.

As far as the reversal, my job is not to mediate between Japan and South Korean. And my Japanese and South Korean counterparts have also indicated that it’s not our role.

“Catalyze” or “encourage” are things that we can do to bring the two sides together. We can encourage both to take a larger view of this issue and manage it that way.

This is a security issue. It affects all three of us. As we said before, we were disappointed in South Korea’s decision to choose GSOMIA versus other things they could have done to express their concern bilaterally with Japan.

President Trump has said that the North’s short-range missiles are okay, but on October 2 there was a different kind of missile test. How do you evaluate the situation?

The statement that the U.S. is okay with short-range missiles with violations of UNSCRs (UN Security Council resolutions) is not supported by historical facts. One of the outcomes in early negotiations with North Korea was to impress upon them a pressure campaign [demonstrating that] we don’t appreciate violation — nuke tests, short-, medium-, or long-range SLBMs (submarine-launched ballistic missiles). I would clarify that the U.S. does not think it’s okay.

The fact that we take different types of actions ー some visible, some not visible ー is worth noting. There are many ways to respond to these things. It doesn’t always have to be more sanctions, military actions. It could be anywhere along the spectrum, from diplomatic to economic.

You’re right ー SLBM is a different sort of threat. I would not take it as okay or acceptable. We’re still working on it.

The administration has taken strong action against this, as you saw with the Stockholm Talks and all the rest. The conversation continues. We have to keep an eye on the ultimate goal, which is to denuclearize and then remove the missile threat.

What do you think about the relationship between Seoul and Tokyo?

The Prime Minister from South Korea (Lee Nak-yeon) coming to meet with Prime Minister [Shinzo] Abe shows that things can be stable, not getting worse. We encourage both sides to have courage to move towards a positive relationship.

Interview by:  Kazuyuki Sakamoto, staff writer of The Sankei Shimbun