Whales in the Japanese Landscape: Proud Thieves Seeking the Riches of the Sea 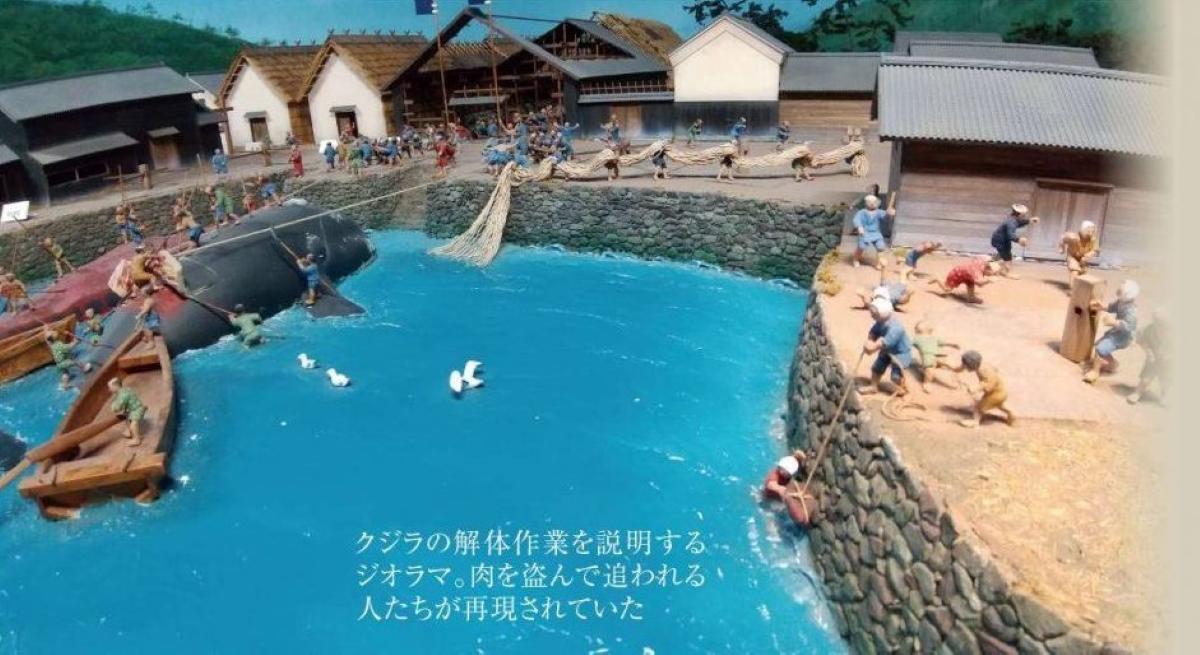 A section of a diorama depicting the mansion of the Masutomi clan who ran the whaling business in Nagasaki and Ikitsuki Island during the Edo period. This image and diorama are owned by the Shima no Yakata Museum in Hirado City, Nagasaki Prefecture.

1st Part: Whales in the Japanese Landscape: Natural Resources and Root of Manufacturing

This is the fourth of a series of five articles on “Whales in the Japanese Landscape.” The series is part of a larger ongoing collection published by The Sankei Shimbun in Japanese, titled “Tales of the Watatsumi” after the Japanese god of the sea.

In this part, we take a look at the questions of ownership of the whales that were caught and traditions in distributing the bounty of the seas.

Japanese whalers of the Edo period made huge fortunes. In a way, these men monopolized an ocean resource that belonged to no one. Apparently, other groups then stole the meat of captured whales, but they were not severely punished.

It was an era before modern laws were established. This could be thought of as an impromptu distribution network for a valuable natural resource.

What caught my attention was not the flensing of a giant whale portrayed in the diorama exhibit, but rather a small group shown in one corner. I was visiting the Shima no Yakata Museum on Ikitsuki Island in Hirado City, Nagasaki Prefecture. During the Edo Period, this was home to one of the largest traditional whaling operations in all of Japan.

The group that caught my eye was sneakily hanging a net over the side of the wharf, attempting to snare chunks of whale meat in the water. They were also trying to evade men chasing them with raised clubs. Could this be a gang of thieves?

During the late Edo period, the scale of whaling operations in the northwest part of Kyushu surpassed those of Taiji and other communities in the Kishu region (near modern Wakayama).

Kyushu whalers included the Masutomi clan, which ran a large enterprise based on Ikitsuki Island, but also had whaling groups that operated on Iki Island and the Goto-nada Sea west of Kyushu, employing some 3,000 people. The operation used a modern management style that sought to increase capacity and efficiency, recruiting fishermen skilled with using nets from around Kyushu and further north in the Setouchi region on Japan’s main island of Honshu.

You can read the rest of this story to learn about Japanese whalers and how their character is tested, past and present at this link. This article was first published by Whaling Today on July 6, 2022. Check out Whaling Today for deeper and unique insights into Japanese whaling culture, whale conservation efforts and sustainable whaling.

(Read the column in Japanese at this link. This article is published in cooperation with the Institute of Cetacean Research. Let us hear your thoughts in our comments section.)