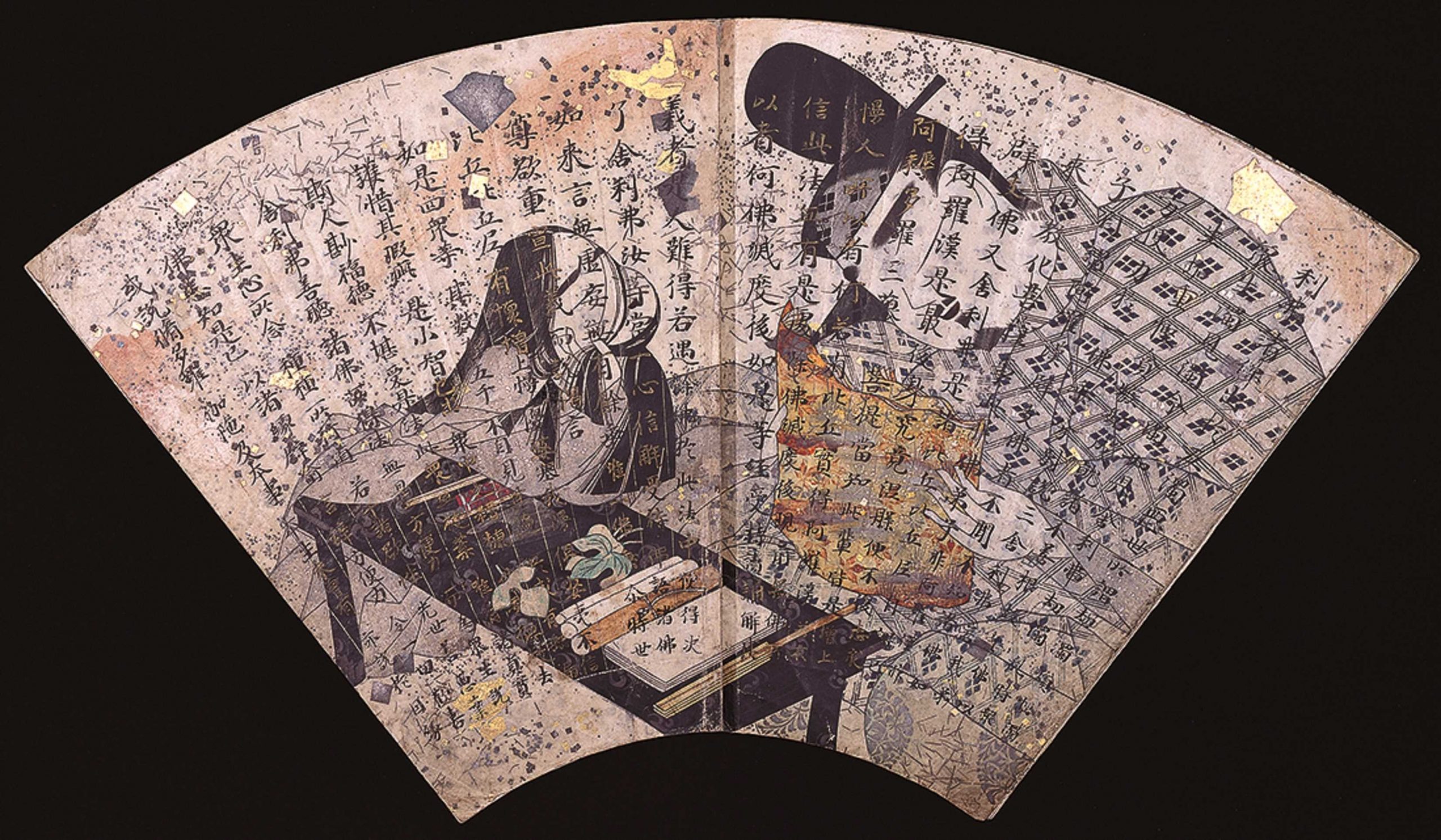 Although his real name is Umayado no Miko, and sometimes he is referred to as Umayado no Ōji (the prince of the stable door) or Umayato Ō (the king of the stable door), most people recognize him as “Shotoku Taishi” (Prince Shotoku) (574-622). It is an honorific title modern Japanese use when referring to this historic figure.

Prince Shotoku’s portrait has appeared on Japanese banknotes 7 times, beginning with the design of the 100 yen banknote in 1930 and more recently on large-value currency bills, making his face widely familiar throughout Japan.

Now there is an exhibition in his honor. Prince Shotoku: In Commemoration of his 1400th Grand Memorial, kicked off at the Suntory Museum of Art in Akasaka, Tokyo, on November 17.

The exhibition is well curated so that through Prince Shotoku, even beginners will be able to understand the course of Buddhism in Japan and the prince’s long-standing faith.

Prince Shotoku was a central figure in spreading Buddhism, which originated in India, in Japan. Along with those like the Soga clan with which he had close ties, he fought against and won a religious battle against another powerful Japanese family, the Mononobe clan, who claimed that Buddhism competed with the ancient Japanese gods and insisted on its exclusion.

The exhibition teaches us about the battle and history behind Shitenno (the Four Heavenly Kings in Buddhism), whose statues were carved by Prince Shotoku himself. It also covers the establishment of Shitenno-ji Temple, built by the prince in Osaka after winning the battle.

Viewing the prince’s gentle expression depicted in the exhibited artifacts, such as paintings and sculptures, visitors will come to learn what Japanese Buddhism is all about, and why high priests of various sects follow, respect and cherish Prince Shotoku.

Treasures from various temples in the Kinki region where the prince had lived, and from the Kanto region, are on display. Among them are many rare artifacts that are normally withheld from  public viewing. It is a fascinating exhibition.

For those of you who are yet unable to visit Japan, please enjoy the exhibition through photographs that are provided by the Suntory Museum of Art.

About the Special Exhibition Prince Shotoku: In Commemoration of his 1400th Grand Memorial

Where: Suntory Museum of Art

Tickets: General admission is ￥1,500 JPY ($13 USD) for adults, ￥1,000 JPY ($8.80 USD) for students. There is no charge for persons with a certificate of disability. Tickets, sold by entry time, may be purchased at the museum. In advance, tickets may be purchased here.

Yukihiro Watanabe, JAPAN Forward advisor, is the organizer of Gillie Club, a members-only club that offers a platform for cultural and social exchange and interactions among people with similar interests. He is also chief editor of Labunraku, a web portal supporting the traditional form of Japanese puppet theatre, Bunraku; a producer of events for novice Japanese culture enthusiasts; a visiting professor at Tama University Research Institute; and also serves as executive director for Ryori Volunteer No Kai (Food Volunteer Group), a foundation where member chefs visit disaster areas in Japan and serve food.