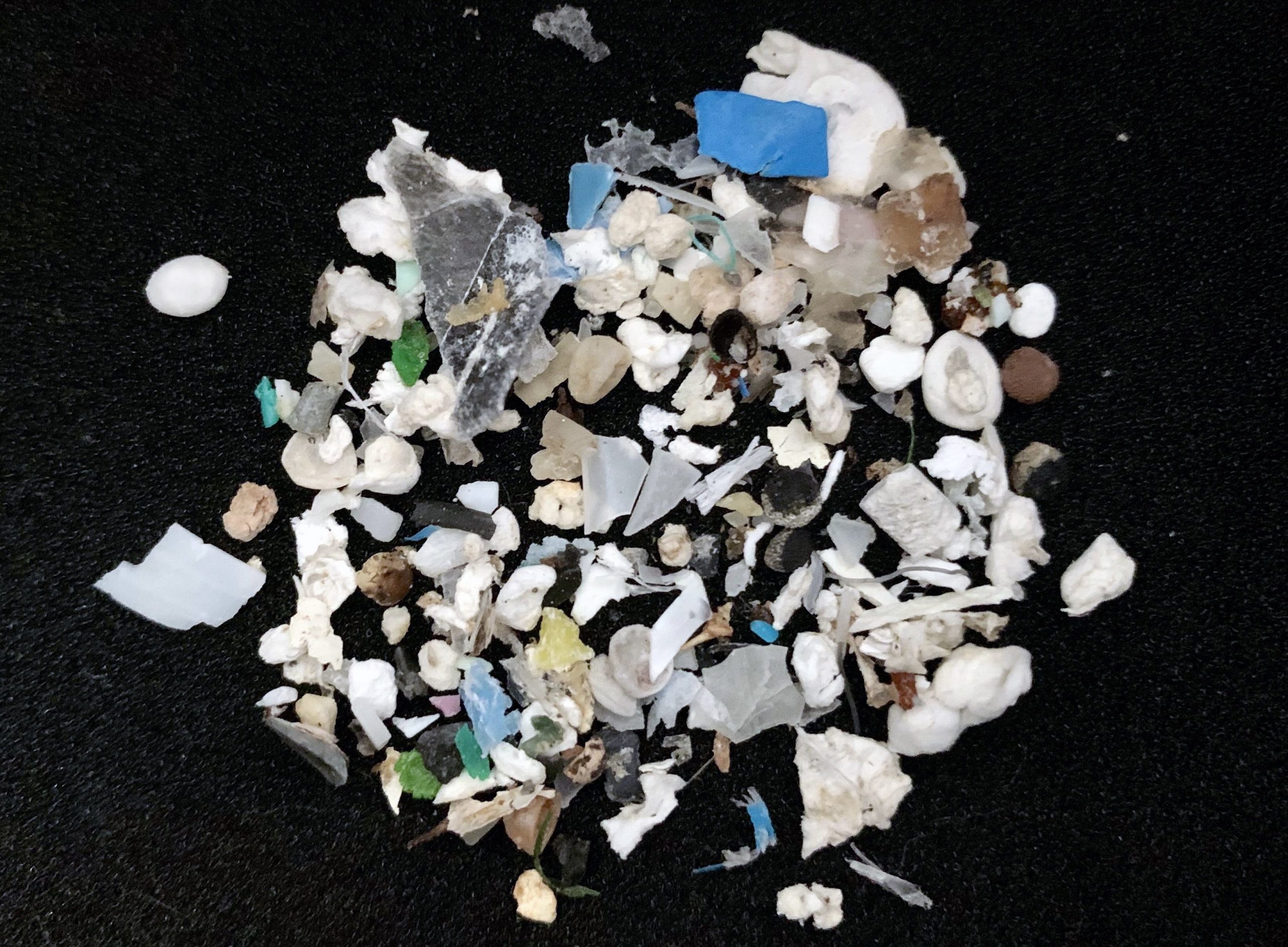 Microscopic plastic debris that cannot be broken down by living organisms, commonly referred to as microplastics, has been found in the bodies of fish around the world, raising concerns about impacts on ecosystems and human diets.

Until now, many believed that fish mistook microplastics floating in the water for food and ingested them. However, a recent study by Nagasaki University has revealed that as microplastics drift in bodies of water, they become increasingly palatable for fish. The study is the first in the world to show that fish actively try to eat microplastics, rather than swallow them by mistake.

Microplastics are fragments of plastic less than 5 mm in length. They are produced when petroleum-derived plastic products, such as plastic bags, food containers, and plastic bottles, are thrown away and end up in rivers and oceans. There, ultraviolet rays and the force of waves break them down into tiny pieces. Microplastics drift in rivers and oceans throughout the globe, from the Arctic to the Antarctic.

It has been generally thought that marine animals eat microplastics because they mistake them for food. Microplastics have been found in the bodies of roughly 500 species of fish worldwide. One report in Japan showed that microplastics were found in about 80% of anchovies sampled in Tokyo Bay, with an average of 2 to 3 pieces per fish.

The animals that eat them may suffer damage to their digestive tracts or be unable to ingest sufficient nutrients, causing harmful impacts on the marine ecosystem. Microplastics are also reported to easily attract toxic substances in water. If fish containing concentrated amounts of toxic substances reach the dinner table, the effects on the human body also become cause for concern.

Against this backdrop, the Nagasaki University team set out to test how microplastics change in water and how fish react to these changes.

Read the rest of this article here to learn the details of the experiment and its implications for combatting marine plastic waste. And find more great articles on the environment and the challenges of achieving the SDGs, on our new website Japan 2 Earth (J2E), sparking a transition to the future.