‘Xie Xie Japan’: Taiwan Says Thank You for the Vaccines with Billboard Ads 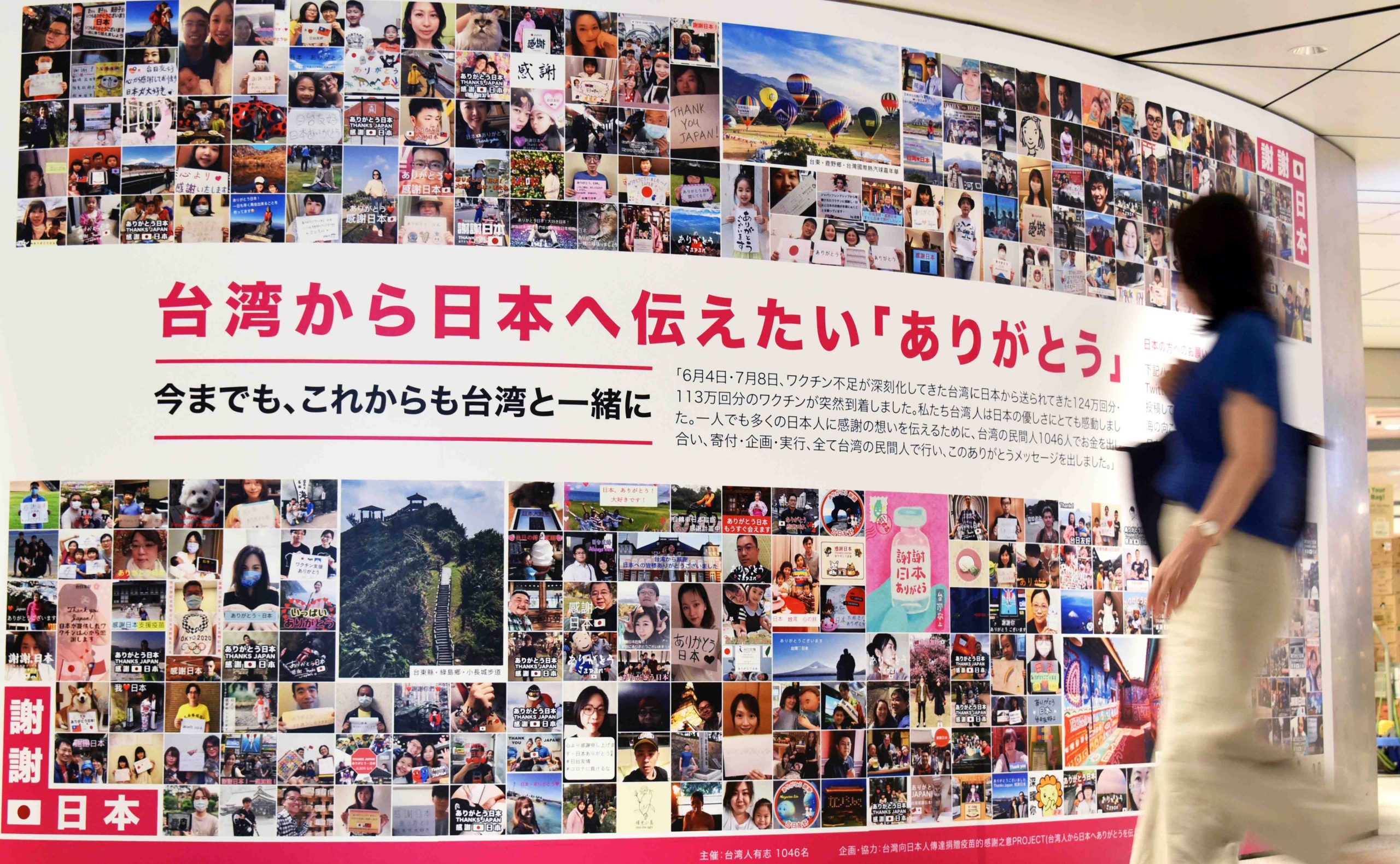 “Thank you from the bottom of our hearts!”

The Taiwanese people’s messages of appreciation were all over the internet after Japan shipped millions of free COVID-19 vaccines to Taipei amid a surge in cases in June and July.

Yasuo Shimosaka (41), a writer who lives in Taiwan, and Jun Mukai (51), who runs a company there, thought it would be a shame if these sentiments did not reach Japan.

The next thing we knew, those selfies posted by the grateful Taiwanese on social media had found their way to colorful billboards, displayed at the JR train stations in Tokyo and Osaka until August 1.

The large billboard installed along the wall of the Marunouchi Line connecting passage in front of the JR Tokyo Station Marunouchi Underground Central Gate was a collage of numerous selfies of men and women holding message boards, with many of the messages written in Japanese to easily convey their sentiments to the Japanese people.

When Shimosaka and Mukai tried to raise funds online for the project, they received support from 1,046 people in the first six days, and approximately 450 people submitted message photos. A strong love for Japan could be felt through the contents of some of the photographs, which showed travel scenes in Japan or people wearing items that were made in Japan.

According to East Japan Marketing & Communications, Inc., which collaborated on the project, in addition to Tokyo Station, two billboard ads were installed inside the ticket gate at Osaka Station’s South Gate, with the large one being 2.5 meters high and 5 meters wide.

“With these billboard ads, I hope that many Japanese will come to know and love this wonderful country, Taiwan,” Shimosaka said.

In June and July 2021, the Japanese government supplied a total of approximately 3.34 million doses of COVID-19 vaccine to Taiwan.

The Inside Story of Japan’s Donation of 1.24 Million Vaccine Doses to Taiwan