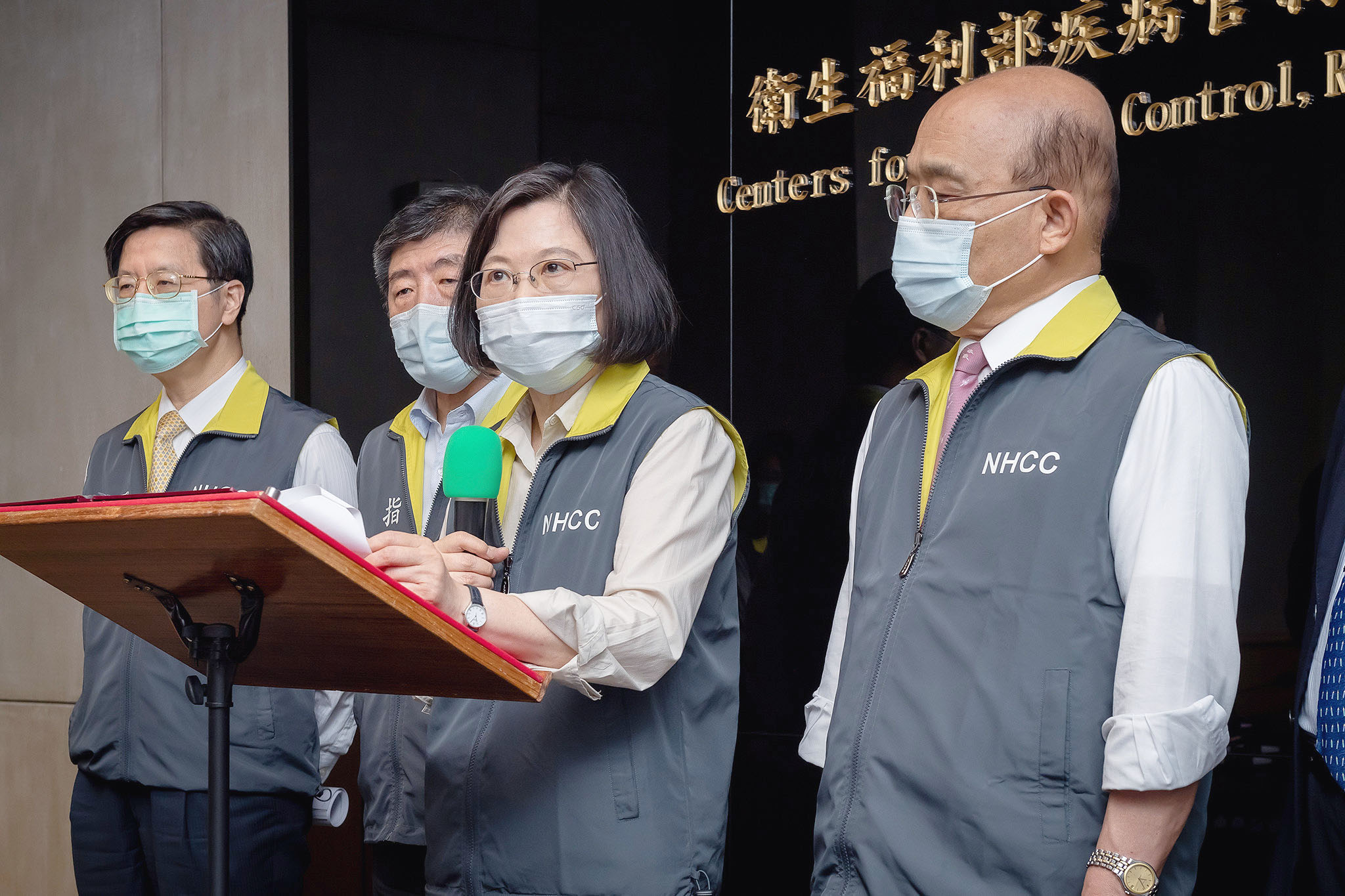 The Sankei Shimbun has learned that Japanese officials are considering sending some of the coronavirus vaccine it has on order with a British pharmaceutical company to Taiwan, where the lack of vaccines has become a vexing problem amidst the current surge in COVID-19 cases.

The plan being mulled over in Tokyo calls for sending Taipei that portion of the AstraZeneca vaccine that Japan is procuring for domestic use, but which in the end will not be needed.

Multiple sources within the government and the ruling Liberal-Democratic Party (LDP) confirmed the report on Thursday.

The diversion of these vaccine supplies to Taiwan is not expected to impact the vaccination effort in Japan since it appears Japan has already secured sufficient vaccine doses from other drug companies to vaccinate the entire Japanese population.

Mindful of how the two countries have a history of assisting each other in times of trouble, such as when major natural disasters occur, officials believe that providing Taiwan COVID assistance on an emergency basis is essential.

One option being floated by some officials is to supply the vaccine to Taiwan through COVAX (COVID-19 Vaccine Global Access Facility), an international framework for the collective purchase and distribution of vaccines to developing countries.

After first confirming with the Taiwanese authorities the amount of vaccine needed, the delivery period and other details, Japan’s aims to start shipping vaccine doses to its island neighbor as early as June.

On May 26, Taiwan’s president Tsai Ing-wen revealed that intervention from China up to now has frustrated all of her government’s efforts to procure COVID-19 vaccines from some of the foreign pharmaceutical companies manufacturing them.

Clearly, Chinese interference is a contributing factor to the rapid increase in the number of COVID-19 cases in the island nation of some 23 million people and is inhibiting Taiwan’s efforts to procure sufficient vaccine supplies at an early stage for the Taiwanese population.

RELATED: EDITORIAL: WHO Must Reject Beijing’s Pressure to Exclude Taiwan

At the same time, Japan has contracted with AstraZeneca for delivery of 120 million doses of its vaccine by the end of this year, 2021. That is enough to inoculate 60 million people. However, plans for public vaccinations using the AstraZeneca doses are currently on hold in Japan, in the wake of reports that in rare cases individuals who received the Oxford-AstraZeneca shot had subsequently suffered from blood clots.

Japanese authorities are concerned that the AstraZeneca doses may go unused by their expiration date if a decision is not made on how to use them.

Japan and Taiwan have a long history of helping each other when in need. In 2011, for example, in the wake of the Great East Japan Earthquake, more than 20 billion JPY in relief aid (about $182 thousand USD) was sent by Taiwanese people to Japan.

Likewise, in April 2020, when COVID-19 infections were rising quickly in Japan and the country was experiencing a dire shortage of masks, Taiwan provided its neighbor with around 20 million medical masks.

Similarly, in 2016 when southern Taiwan was hit by a massive earthquake, the Japanese government provided Taiwan approximately $1 million USD in aid. And after a powerful earthquake struck near the east coast of Taiwan in 2018, Tokyo sent an expert search and rescue team to help out in the search for missing people.