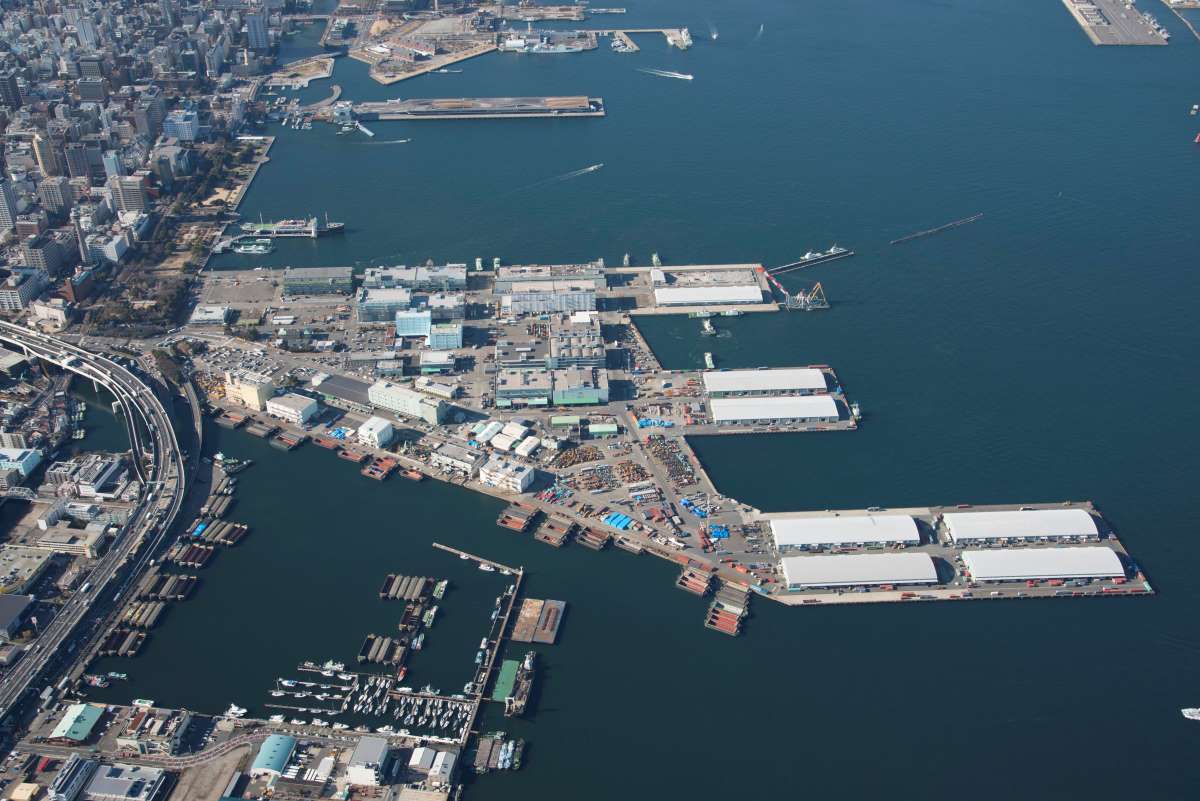 Yamashita Wharf is in Yokohama's Naka Ward. It is said to be a strong candidate for an IR attraction. (photo provided by the City of Yokohama.)

Yokohama City is once again in full gear. Back before it is the issue of redeveloping Yamashita Pier in the waterfront area. A plan for the area including an integrated resort (IR) featuring a casino was withdrawn from consideration when Takeharu Yamanaka became mayor of Yokohama in August 2021. In its place, the city solicited redevelopment proposals and 10 concepts were submitted.

Originally the city aimed to start the project in 2026. However, because of intense differences between proponents and opponents of earlier options, the city decided to take a cautious approach by seeking citizen input.

"This time around, I was able to sense the passion for Yamashita Pier," emphasized Mayor Yamanaka. He revealed the results of the nearly six-month project solicitation process in late August 2022, including proposed designs from the business world and opinions shared by the public in regard to the redevelopment plan.

Of 10 proposals submitted in the initial stage of the bid process, only 5 of the outlines and renderings have been approved by the city for release.

Among the submissions, Proposal A focuses on "innovative institutions" such as companies and universities. Proposals B and C focus on large-scale facilities that draw customers. And proposals D and E focus on expanding the green space at Yamashita Park.

According to the city, the estimated level of investment required for the project is approximately ¥100 billion to 800 billion JPY ($713 million-5.7 billion USD). At the same time, the renovated space is projected to attract a total of around 5.3 to 45 million visitors.

In a survey of public views on the project, over 40% of the approximately 3,700 respondents said their image of the redevelopment would have the qualities of: "ocean/port," "internationality," and "liveliness/enjoyable”.

As for ideas for appropriate facilities to build there, "entertainment" and "waterfront/closeness to water" were identified as desirable functions.

Yamashita Pier was developed as a trading port during the high-growth period of the Showa era (1926-89 ). Later, as other piers were developed, some of its role came to a halt. Because of this, the aim became one of making the location an internationally known hot spot for tourism and interaction.

But the nature of the redevelopment, types of businesses it would feature, investments and people they would bring to the area, became a major issue.

In 2014, an IR project including casino development was initiated under former Yokohama Mayor Fumiko Hayashi. The city announced its promotion of the IR concept in August 2019, in line with national law. However, organizations representing port operators voiced opposition to casinos.

In the August 2021 mayoral race, the focal point of contention became the IR development concept. Pro-IR incumbent Hayashi, former Lower House member of the Diet Hachiro Okonogi, and Yamanaka, who pledged to withdraw the IR project, engaged in a fierce three-way verbal battle. Yamanaka’s win returned the project to a blank slate.

In order to overcome the fierce divisions, public opinion was solicited along with business proposals for the redevelopment. The city also plans to keep soliciting public opinion. A spokesman for the redevelopment project commented. "We are hopeful that citizen opinion will be taken into account and reflected in the proposals in the future," he said.

Modifications to the existing proposals are expected. The city hopes the process will bring a convergence of perspectives. If it does, they expect to gain broad support for the project.

Profitability and Division of Roles an Issue

However, there are huge differences in investment and visitor numbers among the current proposals. And it is expected that research on business profitability could become an issue.

Also, business operators are calling for discussions on the division of public and private roles regarding enhancement and maintenance of access to the area.

Working together with the local business community is also important, including the Yokohama Chamber of Commerce. The business organization representing Yokohama City had been researching the economic effects of IRs and their power of regional promotion from the standpoint of promoting the IR project.

Sending its position to the city, it stated: "A new industrial development with large-scale projects comparable to IRs is necessary." Morihiko Kawamoto, President of Kawamoto Kogyo and Vice President of the Yokohama Chamber of Co, commented: "The Chamber of Commerce is also closely monitoring the trends and will take actions accordingly for the development of Yokohama."

Reclamation for Yashita Warf began in 1953 and was completed in 1963 as a wharf for trade. It covers an area of approximately 47 hectares.

Yamashita Pier played a crucial role as the main wharf, which supported the Port of Yokohama during the city’s high-growth period. There are numerous sheds and warehouses on the pier.

And in recent years it has functioned as a distribution point, complementing Honmoku Wharf as well as other major wharves that developed as the size of ships and circulation of container vessels increased. The majority of its land is owned by Yokohama City and the site is leased to several port operators.

Since transferring to Yokohama in May, I have watched the throngs of people coming and going through Yamashita Park, Chinatown, and the Minato-Mirai district. It is bustling, even on weekdays in the midst of the pandemic. Yokohama's attractiveness to visitors is palpable.

Looking down from the observation deck of the Yokohama Marine Tower, I can see the area's breadth and the pier's proximity to the center of the city.

What kind of proposals will be submitted by developers, general contractors, trading companies and other business operators in the battle over the new urban development? We are paying close attention.