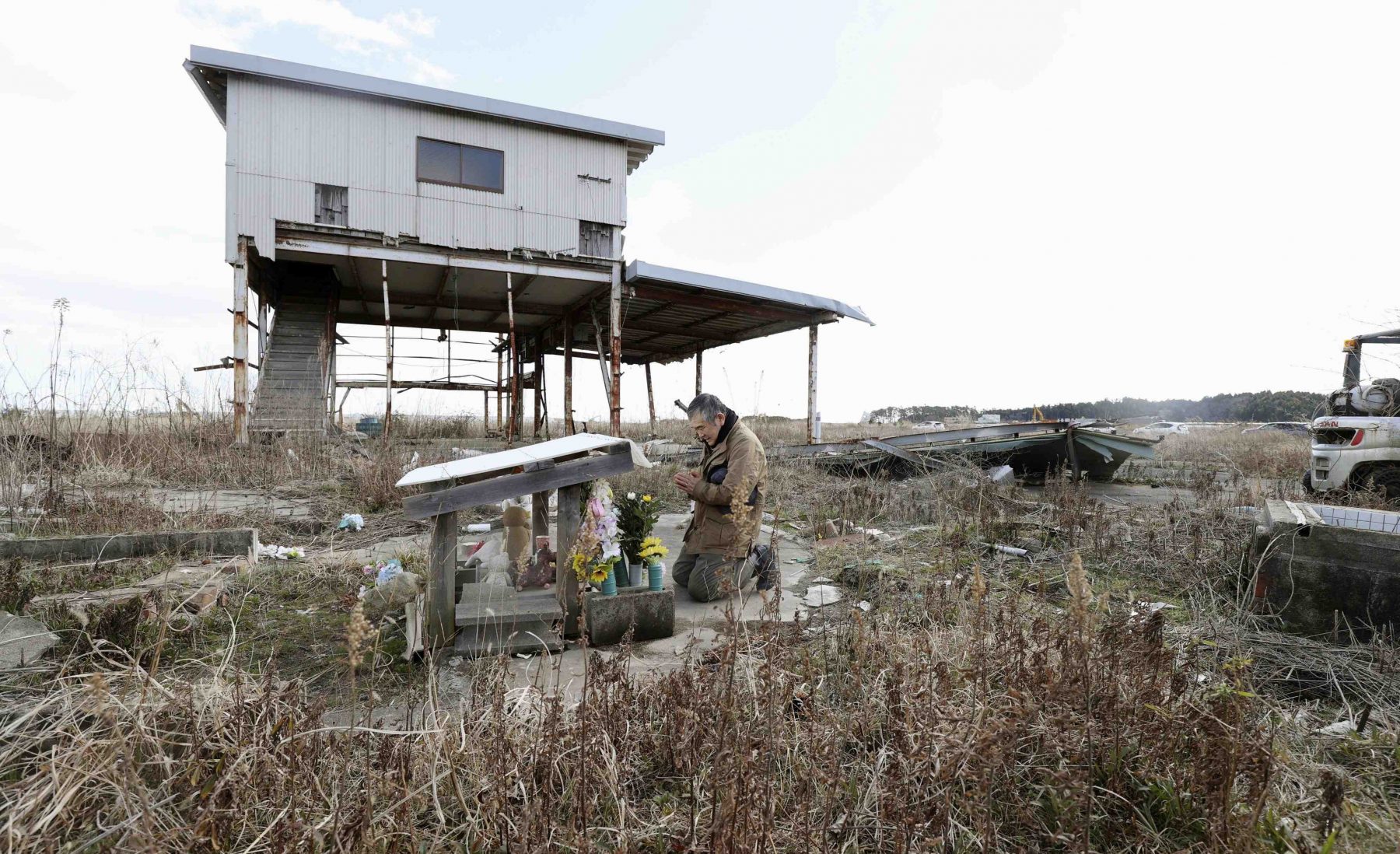 This article is part of a series of articles marking the 10th anniversary of the Great East Japan Earthquake. What happened on the fateful March 11, 2011? What has happened since then? What does the future hold? Here we share the thoughts of people from many walks of life about this unforgettable tragedy.

Businessman and venture capitalist John Roos was the U.S. ambassador to Japan from 2009 to 2013 under President Barack Obama. As ambassador, Roos helped spearhead the response to the March 11, 2011, disaster in the Tohoku region of Japan, a response which would evolve into Operation Tomodachi.

On February 11, 2021, the Sankei Shimbun’s Mayu Uetsuka was able to interview Roos about his memories of the 2011 disaster and his hopes for Japan-U.S. relations going forward.

This March 11 marks 10 years since the 2011 earthquake, tsunami, and nuclear “triple disaster” in Northeast ー Tohoku ー Japan. What did you experience that day and after?

My senior staff and I were in the embassy building, in my office. We had finished our weekly meeting and were preparing for the upcoming week when the earthquake struck. It had an incredible intensity.

Our first reaction was to evacuate the embassy building. We took the stairs to the embassy parking lot. We already knew it was an enormous earthquake before we left the building, because by the end of that first earthquake wave, we thought our building was going to collapse.

When we got outside, though, we began to really get the details of how significant this was. The disaster started with the earthquake, and then we began to learn about the tsunami, and then the unfolding nuclear crisis.

As the U.S. ambassador to Japan, I had the authority to declare an emergency, freeing up resources to help our Japanese partners address the crisis. We also immediately contacted Secretary of State Hillary Clinton and President Barack Obama to inform them of what was happening in real time. The three of us all released statements at different times, saying that we would be there for the Japanese in their time of crisis.

The other person that I immediately spoke to from the parking lot was the head of U.S. Forces Japan, Lt. Gen. Burton M. Field. The embassy and our military began to coordinate, not only on a day-by-day basis, but really on a minute-by-minute basis.

Operation Tomodachi — the response by American diplomatic and military personnel to help Japan — began from the parking lot of the U.S. embassy that day?

I think the name “Tomodachi” came subsequently. But, as you know, our alliance, our strategic and military alliance with Japan, was and is deep and broad. Our military was prepared to act on a humanitarian basis immediately. And, of course, our military was simultaneously coordinating with the Japanese Self-Defense Forces (JSDF).

When were you first able to visit the Sendai area after the earthquake hit?

In the initial days following the earthquake, tsunami, and nuclear crisis, our hands were full trying to make sure all Americans were safe, and to help the Japanese in the search-and-rescue mission, and then to help as Japan began to address the nuclear crisis. It was a multi-pronged crisis that was pretty unique in, I would say, human history, and certainly the biggest crisis that Japan had faced since the end of World War II.

We decided that the optimal time to travel to the Tohoku region was 12 days into the crisis. I traveled with the head of the U.S. Pacific Command, Admiral Robert F. Willard. We returned probably a dozen times after that.

What were some unforgettable things you saw on your visits to Tohoku?

When we first arrived, we took a helicopter tour of Sendai and the whole Tohoku region, up and down the coast. The level of destruction was surreal, in a way. It seemed like something from a horror movie. I saw things that I had never seen in my life, and hope never to see again.

The people I met — not only the leaders, but the people of Sendai and the broader Tohoku region — were amazing. The strength, the resilience, just the resolve to work their way through an unbelievably tragic event, and an unprecedented crisis, not only with the destruction of property, but the loss of life — you couldn’t help but be moved as a human being emotionally in experiencing that.

I remember walking into an evacuation center, I believe it was Ishinomaki. A little kid, probably about 10 or 12 years old, saw me, and saw that I was a little shaken by what I had seen. This little kid, who obviously had gone through so much in his life, and who was living in that evacuation center, came up and hugged me. That was just an incredibly emotional moment for me.

I also remember the mayor of Rikuzentakata, Futoshi Toba, who had lost his wife in the tsunami, but who had stayed in the city hall, even though he had two little boys at home. He continued to manage his way through the crisis because he needed to be there for his constituents.

What feedback did you receive about Operation Tomodachi? What is your assessment?

My assessment: it was an unbelievable success story. I think it was one of the shining moments for the JSDF, showing the strength and importance of the JSDF, not only in defending Japan, but in confronting a humanitarian crisis.

As far as people’s reaction to it, to this very day I have people that come up to me and thank me for Operation Tomodachi, for what our military and our civilian side did during that incredible crisis.

I think it’s a wonderful example of what two countries that are close friends, that are allies that have a deep reservoir of respect and preparation and training with each other can do when confronted not only with a military crisis, but in this instance a humanitarian crisis.

When was the last time you visited the Tohoku area? Have you communicated with people in Tohoku since you left?

I have been in communication with different people, mostly young people, from the Tohoku region who participated in our Tomodachi Initiative, which we began a few months after the earthquake. Mayor Toba’s son participated in the programs, and reached out to me. I keep in touch with the participants as much as I can.

Interestingly, Rikuzentakata has a sister city relationship with Crescent City, Nevada. Mayor Toba has traveled out there and also come to my office.

Do you have any special message for the people of Tohoku?

My heart sank when I saw there was another earthquake in Fukushima last week (February 13). I can only imagine what the people must have been going through in their minds 10 years after the horrendous crisis that they went through.

Property can be destroyed, but the human spirit cannot be destroyed. Ten years ago, I saw the best of humanity in the Tohoku region and the people there. I just want the people of Tohoku to know how much I admire them, love them. I hope that the United States has and will continue to be with them, both in reality and in spirit.

How do you see the Japan-U.S. relationship since the earthquake? And what’s your hope for the future of that relationship?

What I experienced as ambassador to Japan was that we have a deep, respectful, and strong relationship that has been built up over time, since World War II, when we were bitter enemies. I think that particularly the people-to-people connections between Japan and the United States show the strength of the relationship.

At the same time, we can never take that relationship for granted. We’ve had a leadership crisis in our country here for the last four years. Hopefully that is now being put behind us, with new leadership that deeply appreciates the importance of Japan, and the alliance, and the relationship between our two countries.

I am very optimistic that we will continue to build and deepen and strengthen the alliance. We have proved over the last several decades that not only is it critical to maintain peace and stability in that region of the world, but it is critical from a humanitarian point of view as well.