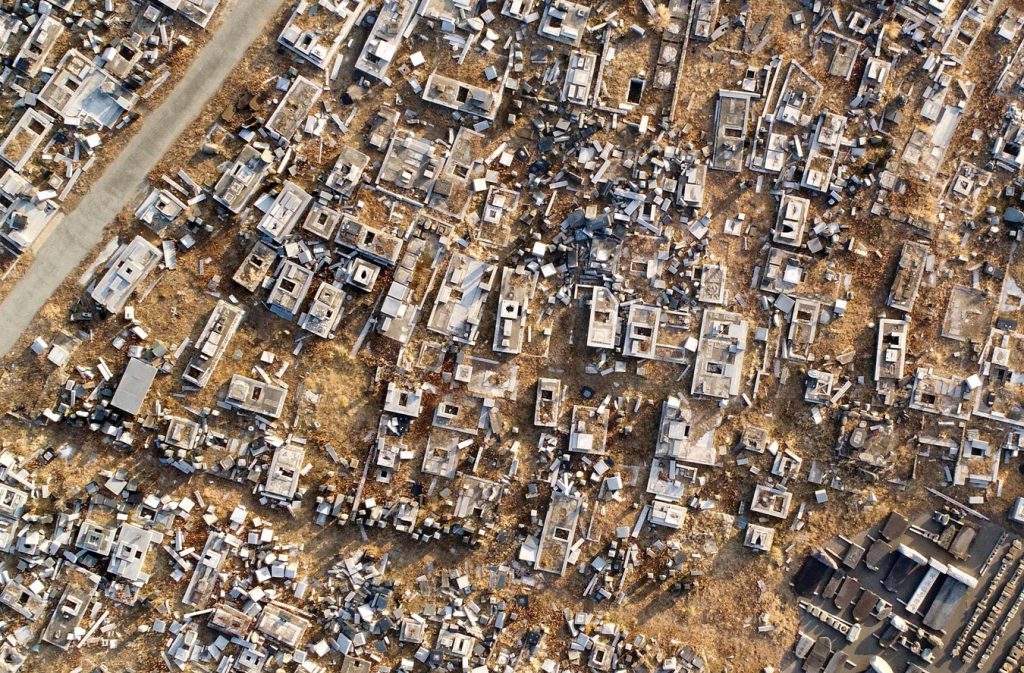 It will soon mark ten years since the Great East Japan Earthquake. Various regions in the Japanese islands are fraught with the risk of major earthquakes.

The government periodically announces predictions of earthquake probabilities, and if we are able to understand the system and utilize the information, it can contribute to disaster mitigation.

The earth’s surface is covered with dozens of huge bedrock plates. Because the mantle beneath them is convected by the high heat of the planetary body’s interior, the plates move in all directions as they push and pull at each other.

The Pacific Plate, created by the rise of the mantle from the ridge of the submarine mountain range off the coast of South America, slowly moves westward. When it reaches Japan, it sinks under the overriding plate from the Japan Trench off the coast of Tohoku.

Here, a great amount of energy from the strain accumulates at the junction where the two plates push against each other. When the energy reaches a critical limit, the shifting of the junction causes a huge earthquake. This was what resulted in the magnitude 9.0 Great East Japan Earthquake.

Various earthquakes occur along the Pacific ocean trench. The February 13 earthquake off the coast of Fukushima Prefecture occurred in the inner section of a subducting plate. There is also the concern for “outerrise earthquakes” that happen outside of an ocean trench, and which can generate enormous tsunamis.

Triggers for Different Kinds of Quakes

Such trench earthquakes will occur under similar mechanisms on the Chishima Trench off the eastern coast of Hokkaido, the Sagami Trough (a shallow trench) where the Philippine Sea Plate subducts under the Kanto region, and the Nankai Trough, which extends from central Japan southwest to the coast of Kyushu. When the earthquake epicenter is shallow, tsunamis will occur, and when a major quake of M8~9 level strikes, it will cause extensive damage.

In different circumstances, on the land side, when the plate sinks, compressive forces generate and the weaker parts of the bedrock repeatedly shift causing an earthquake. This is what is considered earthquakes on active faults.

Although smaller in scale compared to the trench earthquakes, earthquakes on active faults can cause enormous damage if they occur directly under cities. This was the case with the Great Hanshin Earthquake of 1995 and the Kumamoto Earthquake in 2016.

The government’s Earthquake Research Committee periodically announces long-term assessments of scale and probability predictions of quakes on trenches and active faults. Probabilities are calculated based on past occurrence intervals and the number of years passed since the most recent earthquake, and information is updated annually. Because the plates are moving at almost constant speeds, each earthquake can be estimated to repeat at regular intervals.

According to a long-term assessment reviewed after the Great East Japan Earthquake, within the next 30 years there is as high as an 80% probability that a M8 class quake could occur in the Chishima Trench off the Nemuro coast, and as high as a 40% probability of a mega-earthquake of M8.8 or greater.

The probability of a Great East Japan Earthquake-type event on the Japan Trench is almost zero. However, because there is an extremely high 90% chance for an M7 class to happen on areas such as off the coast of Miyagi Prefecture, we need to stay alert.

On the Sagami Trough, there is a high 70% chance of an M7 class earthquake caused by the subduction of plates that trigger tremors directly below the Tokyo metropolitan area. In addition, there is an imminent 70~80% chance that a M8~9 will occur on the Nankai Trough.

The research committee evaluates a probability of 3% or more as a high rate for active fault type events. The Great Hanshin Earthquake occurred at a maximum rate of 8%. The Kumamoto Earthquake struck when it had a probability rate of only 0.9%. Therefore, even if numbers are low, we must always be on guard. It should also be noted that the probability numbers are uncertain for faults with past activities that are not well known.

It is said that there are around 2,000 active faults in Japan, only a little over 110 of which have been evaluated by the research committee. Earthquakes can happen even on unknown faults and on faults with unknown probabilities. Even with trench types, the probability rate of the Nansei-Shotō Trench that stretches into the Okinawa region is yet unknown.

It is crucial to think about what type of fault lines exist in your region, to assume the level of damage an earthquake might cause, and to use that information to make your own routine preparations. Probability Seismic Hazard Maps for Japan, which show the probability of experiencing a M6 or higher seismic intensity tremor for each region, can also be helpful material.

University of Tokyo professor, Shinichi Sakai (Department of Seismology Observation) states, “If we are able to make good use of the information and each one of us acts with some awareness in mind, we will become a safer country.”