A Call for Serious and Intelligent Debate on Nuclear Deterrence 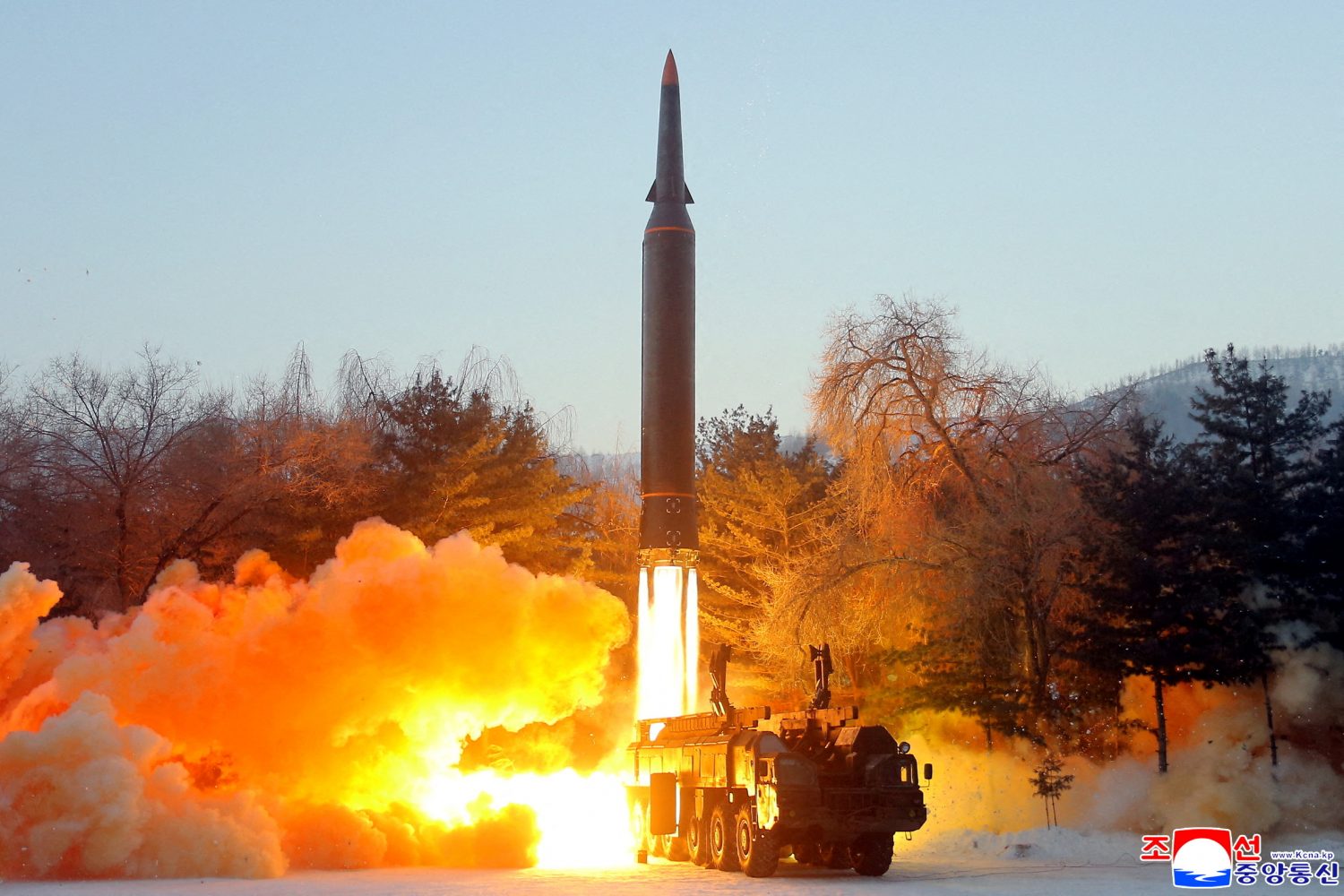 A view of what state news agency KCNA reports is the test firing of a hypersonic missile at an undisclosed location in North Korea, in this photo released January 6, 2022 by North Korea's Korean Central News Agency (KCNA). KCNA via REUTERS

North Korea recently launched several missiles, and as a matter of course Japan strongly condemned these actions. However, we cannot change the reality that North Korea has become a nuclear power.

Since the 1990s, concerned countries have made various approaches, using both hard and soft power, to encourage North Korea to give up its nuclear development programs, but none has been successful.

Pitfalls of Favoring the Status Quo

Reflecting on these matters, including my own regrets, I believe that the fundamental reason for the failure to stop North Korea’s nuclear ambitions is due to a preference for maintaining the status quo among the concerned countries.

The United States was hesitant to shed the blood of American soldiers for the sake of the Korean Peninsula. China was afraid of losing North Korea as an important buffer zone if the peninsula was to be unified, which would most likely be achieved by a South Korean initiative. This would bring the territory of the unified Koreas all the way up to the Yalu River on the border between North Korea and China. And, in effect, that territory would be under American influence.

Observing the unification of Germany, Seoul was overwhelmed by the prospect of the enormous financial costs that could accrue once unification of the peninsula occurs. Japan felt distressed over the anticipated pressure to accept Korean refugees on a massive scale, as well as other strategic difficulties with evacuating Japanese nationals living in South Korea.

As a result, all of the major countries involved have come to a psychological stalemate based on the conclusion that the status quo is better than anything else.

In my view, the crux of the issue is that you need considerable power and will to secure the status quo. Without it, maintaining the status quo becomes synonymous with inertia or inaction. Such a stance can hardly be a policy.

North Korea stubbornly believed that achieving a negotiated peace with the United States — the only hostile nation capable of striking it down with one big blow — was mandatory to secure the regime’s welfare. Thus, it paid little attention to other countries because, in Pyongyang’s view, as long as their relationship with America was secured, other countries would have no choice but to follow suit.

That North Korea’s single-minded strategy has paid off is demonstrated by its success in arming itself with nuclear weapons.

Maintaining the status quo poses a similar risk in the question of Taiwan’s sovereignty and the situation regarding the Senkaku Islands. If Japan and Taiwan share a consensus with the United States that the status quo is realistically the best choice, then they need to back it up with a visible foundation to enforce it, and a cautious but unyielding will to make it work.

Of course, what I refer to as power and will don’t necessarily mean the aggressive kinds.

Deterrence is a perfect example. Genuine deterrence must include certain defensive striking power to be practically effective, such as using multiple submarines and ships mounted with anti-ship and land-attack cruise missiles.

What Japan needs is the assembly of its own deterrent power and the deterrence provided by the United States under the Japan-US alliance.

In this context, the reality is unchanged: nuclear deterrence is the last resort.

Today, many Japanese and American experts are interested in the Biden administration’s nuclear policy. Its details will be revealed in the anticipated US national nuclear strategy. However, if the final policy contains provisions for “no first use” or only use of nuclear weapons “in retaliation for a nuclear attack,” it would be highly undesirable.

In any case, the list of nations that possess nuclear weapons has grown. In addition to the five permanent members of the United Nations Security Council (China, France, Russia, United Kingdom, and the United States), India, Pakistan, and North Korea have armed themselves with nuclear weapons. And now Iran has joined the group.

Further, we are concerned about the possibility of Saudi Arabia and Egypt becoming nuclear states, as well as an increasing risk of terrorists gaining access to nuclear devices. Japan is now compelled to seriously consider its own policy on nuclear development.

Japan is the nation that has been most faithful to the Nuclear Nonproliferation Treaty (NPT). But the credibility of the NPT is waning. China’s increased nuclear armament violates Article 6 of the NPT. Also, the NPT failed to bring a halt to India, Pakistan, and North Korea’s nuclearization.

How could Japan maintain an effective deterrence against the nuclear nations that surround it if the United States’ nuclear strategy becomes excessively restrained in comparison to that of Russia and China?

There is no reason to conclude that Japan should immediately, in a single act, arm itself with nuclear weapons. It may suffice to modify the current Three Non-Nuclear Principles to not possess, not produce, and not introduce nuclear weapons.

One suggestion is to revise the three principles to two: not possess and not produce nuclear weapons. This modification alone would improve deterrence considerably.

Another option is to rewrite the third principle to not allow any party to fire nuclear weapons at Japan.

This is an issue that concerns our children and grandchildren. Thus, a serious and intelligent nuclear debate should take place without any preconditions attached.

As a first step, it might be more practical to have informal discourse among experts and other persons whose knowledge has been recognized by the government in the beginning, and open the topic to public discussion at an appropriate time.

Some are worried about the Biden administration’s perception of China. But American analysts point out that, in recent years, the risk perception of China in American society has come close to that of the Soviet Union in the late 1940s, when a popular consensus of the nation was shaped.

In any case, the dissemination of information revealing that a serious and intellectual debate on nuclear deterrence is in full swing in Japan will contribute to the improvement of deterrence.

(Read the Seiron column in Japanese at this link.)