A Decade Later, Why Has Shimane’s No. 3 Reactor Yet to Start? 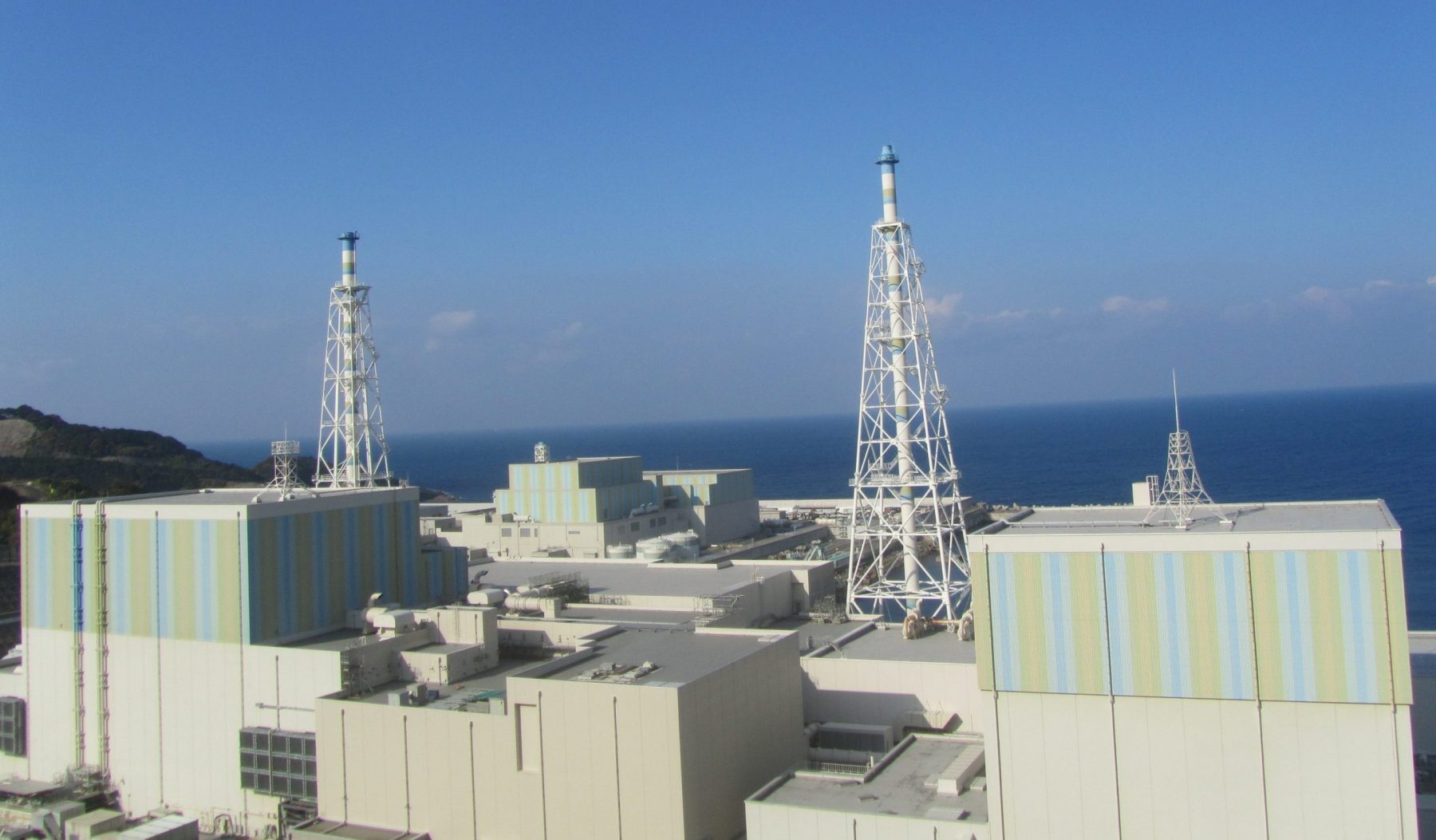 Chugoku Electric Power’s Shimane nuclear plant in the city of Matsue is the only one in the country located in a prefectural capital.

The No. 1 reactor at the plant is currently being decommissioned. The No. 2 reactor, which was stopped in the wake of the Fukushima nuclear plant disaster in 2011, has still not been restarted.

Meanwhile, the No. 3 reactor was set to start in March 2012, and has undergone inspection by the Nuclear Regulation Authority (NRA). Yet, there is still no target date for its start. Most of the facilities there have never been operated in the decade since construction, and an air of silence continues to linger over the No. 3 reactor.

I visited the reactor and went in deep — looking at various components, such as its reactor containment vessel.

The Shimane nuclear plant faces the Sea of Japan. It’s about a 30-minute drive from central Matsue.

When the town of Kashima, where the plant lies, was incorporated into the city of Matsue in 2005, the plant became the only one in Japan to be situated in a prefectural capital.

As I passed the security gate and entered the premises, the first thing I noticed was the large number of construction sites spread across the property, which had an area of about two million square meters.

“Higher levels of safety were demanded in the wake of the Fukushima nuclear plant disaster. We are continuing to prepare new safety equipment that comply with the new standards,” explained a Chugoku Electric press officer.

At the start of the visit, Chiaki Hasegawa, the deputy general manager in Shimane, gave me a lecture on the overall situation at the Shimane plant.

“In a worst-case scenario, if there is an accident, local residents would need to be evacuated. The evacuation would affect about 460,000 people in both Shimane and Tottori prefectures, covering a radius of 30 kilometers from the power plant,” he explained. “This is the third largest operation in the country.”

I realized there and then that the Shimane plant is responsible for the safety of a considerable number of people.

The output of the No. 3 reactor, which is an advanced boiling water reactor, is one of the highest in the country at 1.373 million kW. It would be able to supply the required power to all regions across Shimane and Tottori prefectures.

Moreover, if both the No. 2 and No. 3 reactors are started, it is estimated that carbon dioxide emissions would be 30% lower than they are now.

I was then shown around the facility by a senior manager from the press relations team. We looked at the emergency command post and a sea wall 15 meters above sea level, about 1.5 km wide, designed to protect against a tsunami up to 11.9 meters high.

And then, finally, we went on to the No. 3 reactor. Under normal circumstances, we would have worn special protective clothes. But because the reactor had not been started, we entered wearing only helmets and thermal sweaters.

“The No. 3 reactor was scheduled to start in March 2012. We had progressed to the stage just before fuel insertion. However, the Great East Japan Earthquake then struck just before the test run, meaning we had to make additional changes in order to comply with new safety standards,” explained the senior manager.

We proceeded to the central control room. A network of pipes stood out in the corridors, and the entrance and rooms were protected by about 90 watertight doors designed to stop water from entering. The doors were about 15 to 30 centimeters thick. These designs were based on the lessons learned from the Fukushima disaster in 2011.

The central control room in the No. 3 reactor was fully digital and could be operated using touch panels. The digital wall displayed a range of values relating to items across the plant. It felt as though I was in a spaceship cockpit in a science fiction movie.

The room was an improvement on the manually operated switches in the No. 2 reactor, and it provided a clearer insight into the situation across the power plant — in addition to reducing the burden on staff.

However, “There is no difference in terms of safety,” the senior manager pointed out. “It is like comparing a manual car with an automatic.”

We then went into the reactor building. The 12-meter deep fuel pool would store water if the reactor had been operational, but it was currently storing new fuel.

Next, we went directly underneath the reactor pressure vessel. There were 205 control rods designed to reduce a chain reaction of nuclear fission. This allowed the reactor to maintain a safe operation and stable output.

Like the Fukushima Daiichi Nuclear Power Plant, the No. 3 reactor was a boiling water reactor, and it had a number of sensor cables for measuring the output levels inside the pressure vessel.

“In the case of Fukushima, the melted-down fuel debris collected here,” revealed the senior manager.

“We’ve gone in very deep,” I thought to myself, feeling somewhat surprised.

As for the situations pre- and post-Fukushima, the senior manager explained that countermeasures for major accidents had changed considerably. There was an earthquake-proof external power source and a gas turbine generator in order to ensure power supply and cooling function at Shimane.

“We cannot guarantee there won’t be an accident. But we are continuing to improve safety measures, including those relating to terrorism,” the manager said.

The No. 2 reactor passed a pre-restart inspection by the Nuclear Regulatory Agency in September 2021, but other inspections and local government approvals are yet to be completed. It is not known when inspections needed to start the No. 3 reactor will be finished.

To start with, safety is important, which is why a careful inspection is crucial. However, with the start date continuing to be unknown, it is somewhat sad that steady maintenance has been ongoing here for about a decade.

Taking a pause from my tense visit, I decided to ask a lighthearted question.

People went through a double-door when going in and out of the reactor building in the No. 3 reactor. When pressing the open/close button, the classic song “Ashita ga arusa (There’s always tomorrow)” began to play.

I asked if this choice had any meaning. I wondered if it was designed to bring a human touch to this thick and robust facility.

I was told that when Reactor No. 3 was being built, the chief at the time wanted something positive.

It then occurred to me that the melody of “Ashita ga arusa” probably lifted the spirits of people working on the nuclear plant amid all this uncertainty.