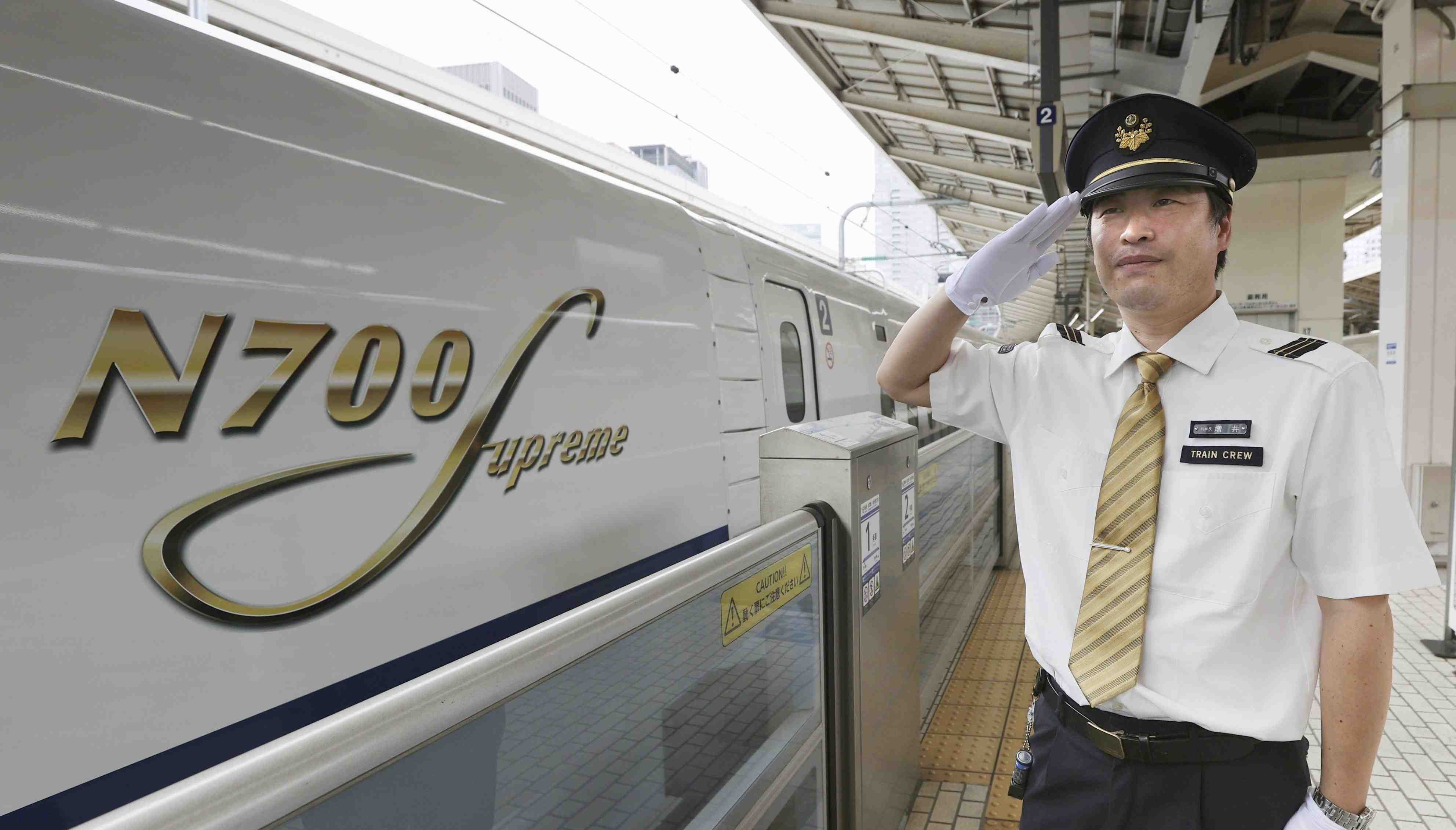 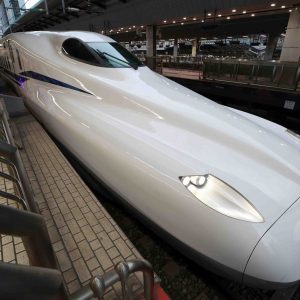 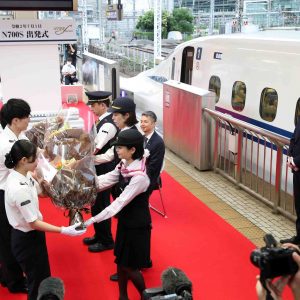 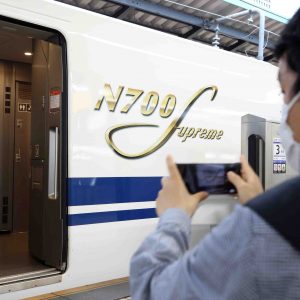 On July 1, a brand-new model of the Tokaido Shinkansen train made its debut. As the first full model change in 13 years, the N700S includes performance advancements as well as upgraded cabin interiors. The state-of-the-art Shinkansen has achieved a fresh approach for swift travel across the Japanese archipelago.

Twelve new trains are expected to be put into operation in 2020, increasing to 40 trains by 2022. It will run on the Sanyo Shinkansen line as well as serving the busy route between Tokyo and Shin-Osaka, generating much anticipation as the main train of the future across Shinkansen lines.

Central Japan Railway Company president Shin Kaneko said at the departure ceremony: “I am confident that this is the best Shinkansen overall — safety, stability, and comfort. I would like many passengers to enjoy traveling.”

A total of four inbound and outbound trains were in operation on that first day.

In order to make seating more comfortable, the N700S includes improved seat reclining functions. The Green Car (first class) and a portion of the regular cars are equipped with an active vibration control device, which reduces horizontal shaking during travel. 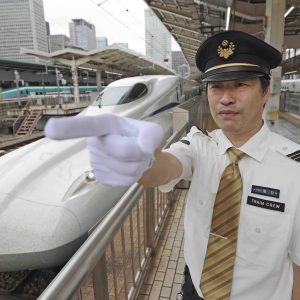 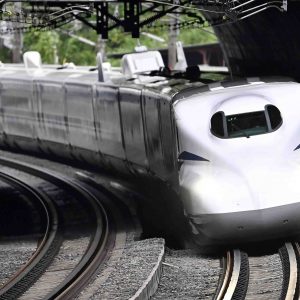 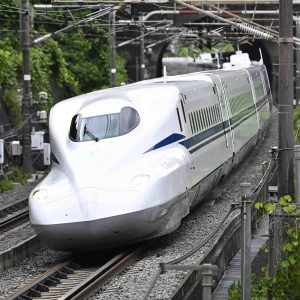 No More Concern About Power Outages

Furthermore, the N700S is equipped with lithium-ion batteries. In case of a power outage, they will provide enough power to enable the train to safely proceed to the nearest station while also allowing use of the onboard restrooms by passengers.

Kosuke Masui, 36, has two years of experience as an engineer on trains of the Central Japan Railway Company (JR Central). He was a crew member aboard a train stranded inside of a tunnel during a power outage and knows the inconveniences. Speaking of the new Shinkansen, he said, “It has become a train that will not cause an inconvenience to customers.”

In October 2017, the train that Masui was aboard as the conductor made a sudden stop between Gifu-Hashima Station and Maibara Station. Heavy rainfall from the typhoon led to a power outage in the vicinity. For a few hours, the train was forced to a standstill in a dark tunnel.

Masui reflected: “The restrooms could not be used and the air conditioning stopped. All I could think about was evacuating the passengers from the uncomfortable situation as soon as possible.”

This unpleasant experience has been etched on his mind. About half a year later, in March of 2018, Masui was approached by his supervisor about being the exclusive test driver for the newly modeled Shinkansen. Among the approximately 800 Shinkansen drivers of the Central Japan Railway Company, only two drivers could take on this role.

Masui immediately replied with a yes to the prestigious offer. Looking back, he said: “It is a role that everyone wants. Along with immense joy, I felt a growing sense of nervousness because I knew I could not fail.”