Akutagawa Prize Winner Li Kotomi: Updating the Face of Japanese Literature One Novel at A Time 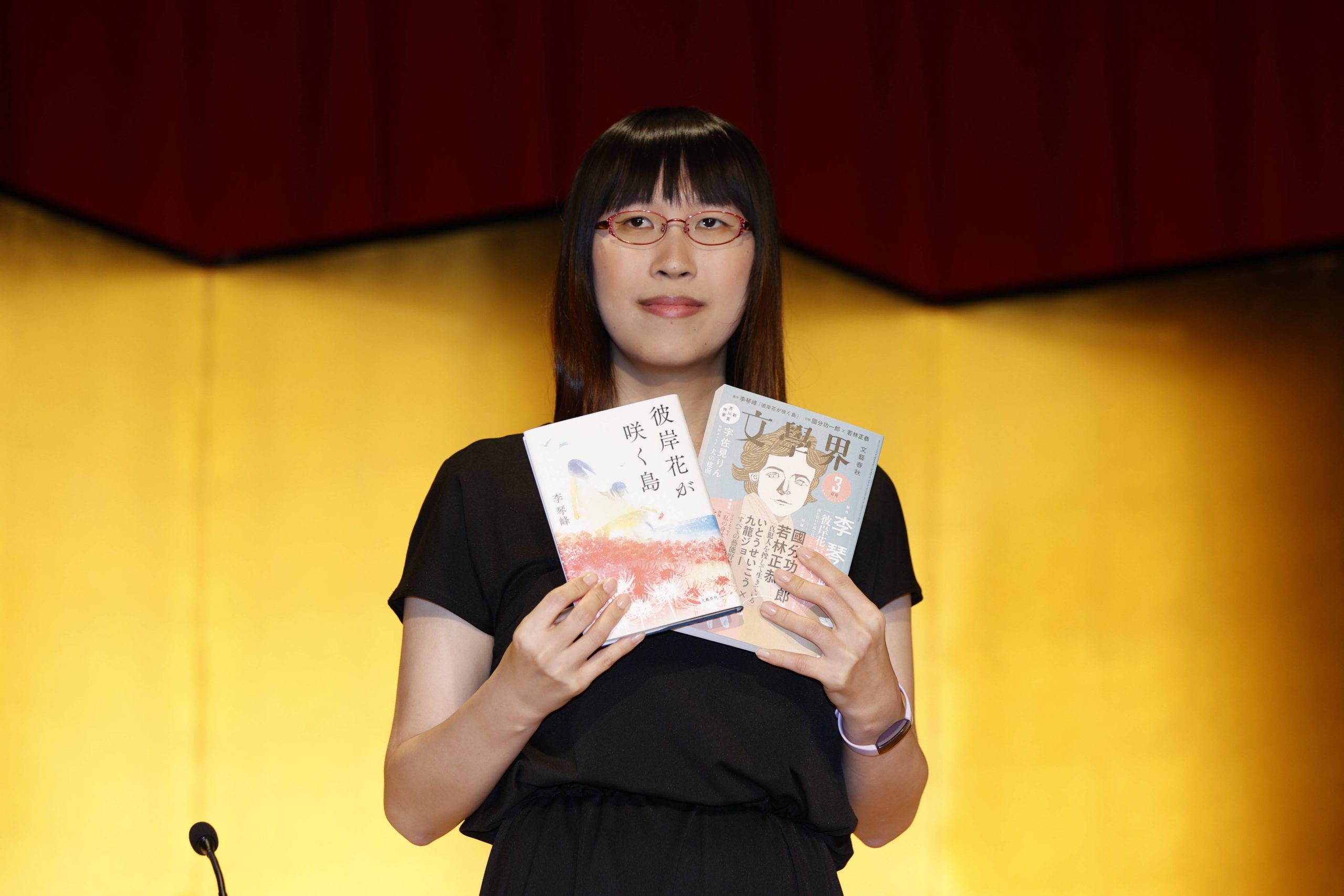 The Taiwan-born writer Li Kotomi, 31, has won the prestigious Akutagawa Prize for her novel, Higanbana ga Saku Shima (“Island Where the Autumn Equinox Flowers Bloom,” in Japanese, by Bungeishunju Publishing, 2021).

Li shares the prize with novelist Mai Ishizawa, 41, who won the Akutagawa Prize for her work, Kai ni Tsuzuku Basho nite” (“At the Place Following the Shellfish,” in Japanese, by Kodansha Publishers, June 2021).

For the first time in ten years, the selection panel chose two winners for each the Akutagawa and Naoki prizes at their annual meeting, held at the Shinkiraku restaurant in Tsukiji, Tokyo, on Wednesday, July 14.

Kiwamu Sato, 43, won the Naoki Prize for Tesuka Toripoka, (in Japanese, by Kadokawa Publishers, 2021) and shares it with Toko Sawada, 43, for Hoshi Ochite, Nao (“The Stars have Fallen,” in Japanese, by Bungeishunju Publishing, 2021).

This is Li’s second nomination for the Akutagawa Prize. By winning the prize, she follows a long line of historical writers.

“The people I must thank most are the readers who have been reading my books, and giving me support,” Li said at the awards news conference following the meeting.

The Taiwan-born writer becomes the first person since 2008 whose first language is not Japanese to win the literary award. In 2008, China-born Yang Yi triumphed with her novel, Toki ga Nijimu Asa (“A Morning When Time Blurs,” by Bungeishunju Publishers).

She continues to write books in Japanese despite it not being her first language. “I live in Japan and use Japanese in my everyday life. Therefore, writing in Japanese feels natural, even though it is a challenge,” Li explained.

Previously, Li included a female LGBT character in her work, and also touched on Xinjiang-related issues involving the Uyghur people. “I’m proud that with each book I write, I’m updating the face of Japanese literature.”

Li’s achievement is historical, but she has not finished yet. When asked at the news conference about what kind of role she would play within the history of Japanese literature, Li replied, “Understanding, arranging, and classifying my role is the job of critics and researchers.”

The prize winner added: “I plan to raise awareness about issues important to me through my novels, and write what I want to write. This is where all my energy will go, I think.”