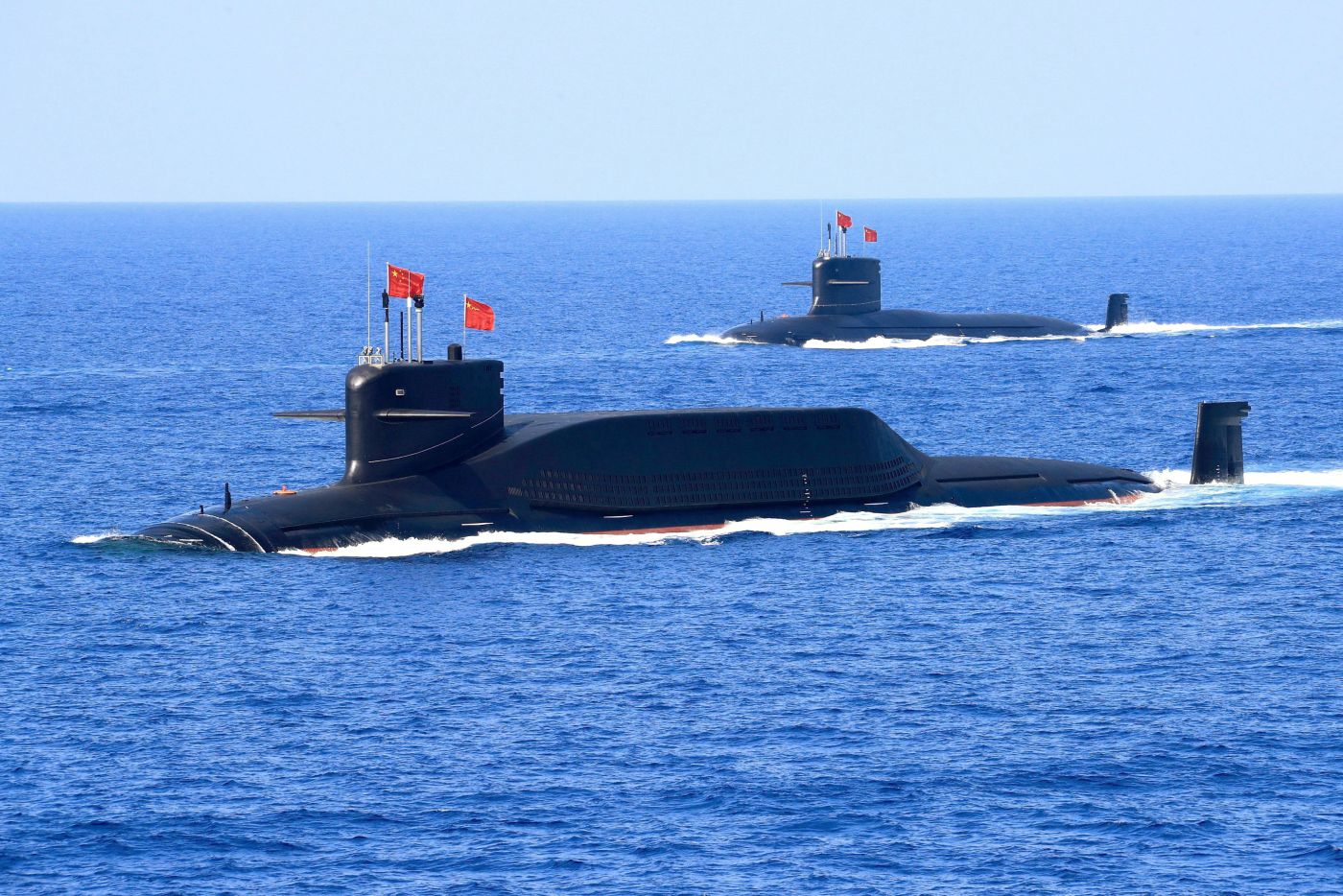 A nuclear-powered Type 094A Jin-class ballistic missile submarine of the Chinese People's Liberation Army (PLA) Navy. China’s submarines have been caught prowling in Japanese waters and along the border of Japan’s territorial sea. REUTERS/Stringer

How would the United States react to the idea of Japan’s nuclear armament?

Russian President Vladimir Putin declared on February 27 that Russia was activating its nuclear deterrence forces in the process of its invasion of Ukraine. This demonstrates that the threat of nuclear force is still a factor in international conflicts.

Japan faces a real nuclear threat to its national security. Chinese authorities permitted the distribution of a video simulating a nuclear attack on Japan in the event of a Taiwan contingency. Moreover, North Korea stated that Pyongyang would sink the Japanese archipelago to the bottom of the sea with its nuclear weapons. It is natural for Japan to begin a discussion on its own nuclear deterrence in self-defense.

In this regard, it is instructive to recognize that, as early as the 1980s, a thesis on Japan’s nuclear armament was being widely discussed in the US policy community. Its content has been little known in Tokyo, but this paper could now provide guidance for the current nuclear debate in Japan.

This thesis was written by Colonel John E. Endicott of the US Air Force in 1975 and was titled, Japan’s Nuclear Option. At the time the discussion erupted in the early 1980s, he was associate dean of the National War College. Earlier, he had held several important positions in the international field in the Department of Defense, and before that served with the US Air Force in Japan.

His thesis began with a supposition that there was no longer an American nuclear umbrella for Japan. He commented on the topic in an early 1980s interview on the Soviet Union’s nuclear threat against Japan, issued in response to then-Prime Minister Yasuhiro Nakasone’s characterization of Japan as an “unsinkable aircraft carrier.” Endicott posited that Japan had no recourse but to develop its own nuclear deterrence, other than total surrender.

Colonel Endicott’s thesis suggested specific means Japan might use to deter a Soviet nuclear attack or threat of attack on Japan, and why:

With the Soviet Union’s invasion of Afghanistan in 1980, the US-Soviet confrontation level had reached a perilous peak. The Soviet threat to Japan was also real.

Endicott hypothesized that the Soviets would launch a first strike on Japan using nuclear weapons. Japan’s nuclear deterrence in that context meant having the ability to withstand a first strike and then the capability to retaliate by inflicting unacceptable destruction on the Soviet Union.

The most critical assertions made by the paper were:

Even considering the Soviet side’s anti-ballistic missile capabilities, the Soviet Union would likely assess that this strategy could cause unacceptable damage.

Today, 40 years later, these assumptions still appear effective for nuclear deterrence against China and North Korea. They also illustrate that the United States, our only ally, has been studying Japan’s potential for nuclear armament for decades.