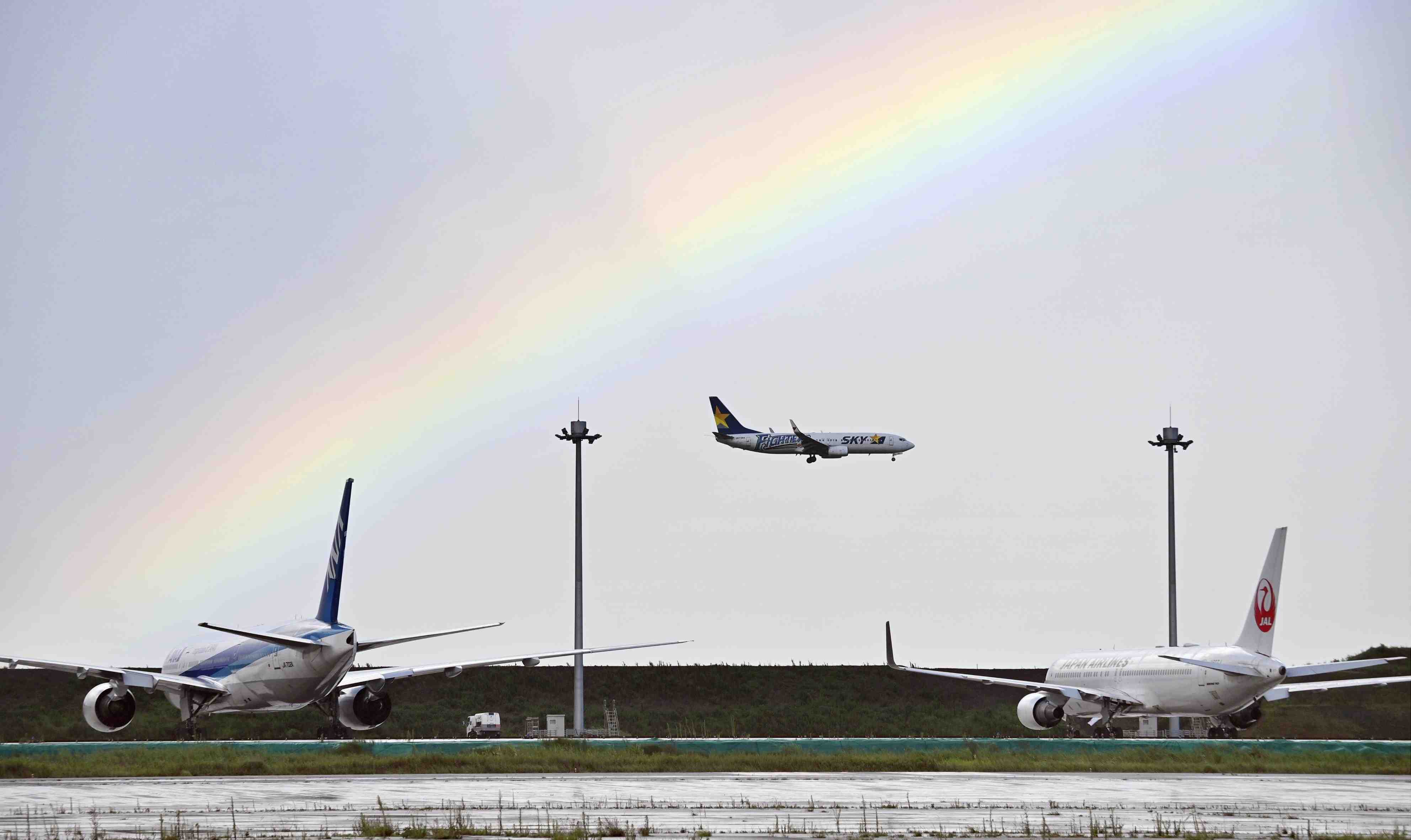 Japan posted advisories to NOT travel to certain named countries and banned the entry of visitors from those countries beginning on March 9 in response to the global coronavirus pandemic. Many other nations took similar steps.

In the wake of the travel ban, some foreign residents complain that Japan’s restrictive coronavirus policies discriminate against foreign residents by blocking their entry, while allowing in Japanese nationals.

The European Business Council (“EBC”) and American Chamber of Commerce (“ACCJ”) in Japan have each levied public claims of “discrimination” because of this policy, issuing statements (EBC and ACCJ) of what can only be called demands under veiled threats of relocating operations out of Japan. Western media and the anti-government media in Japan have published articles giving credence to these claims, without examining the global context.

Japan’s Immigration Services Agency (“ISA”) says its policy is bounded by COVID-19 testing capacity and quarantine limitations at airports, and their primary duty is to keep infected individualsーregardless of nationalityーfrom entering Japan.  Here, we take a look in more detail at the measures Japan has taken and how they compare to other countries. 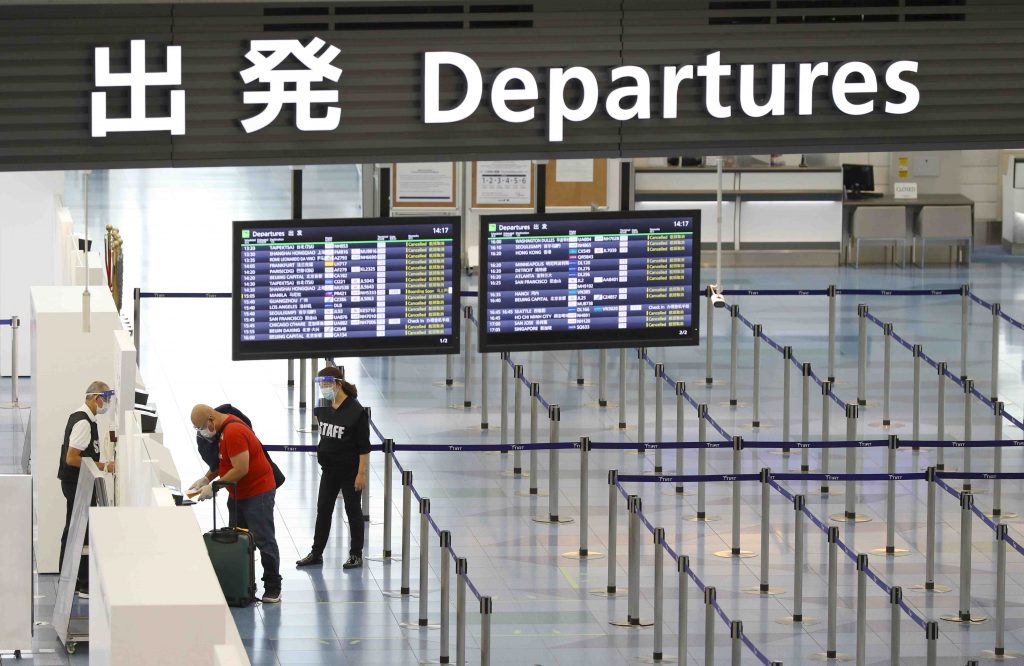 Japan’s travel ban began on March 9, with China and South Korea.  But, as the pandemic spread, other regions were includedーEurope on March 21, the U.S. on March 26ーuntil it now covers 146 countries. The ban blocks entry into Japan of anyone who has been in those named countries during the past 14 days. Japan also suspended visa waiver programs and the issuance of new visas to enter Japan for work or study. It caught some foreign residents of Japan by surprise, particularly those who had traveled outside of Japan before the ban came into effect.

Category 1. An estimated 88,000 persons who were “permanent residents” (PRs, 永住者) or had valid work, or student visas, were outside Japan when the ban took effect and could not return. An additional 120,000 foreign residents departed Japan after the ban came into effect and were unable to return.

Category 2. The ban also caught another group of individuals off guard, including those with valid student, trainee, or work visas, who were outside Japan and could not enter to begin their classes or new jobs.

Category 3. A third group is “long term” (3 years or longer) foreign residents of all visa classes who want to travel abroad for family obligations, work, or holidays. They are free to do so, but they would then be unable to return to Japan if coming from a restricted country. In response to pleas from such persons, in June Japan offered a “humanitarian” entry exception for foreign residents who need to travel because of a family death, surgery, court appearance, and the like.

Category 4. The fourth and final group are business people who wish to come to Japan for a short term business trip.

What about Japanese Nationals?

Under the law, the government can issue the strongest possible warnings to Japanese citizens to NOT travel to certain countries, and most will comply. But the government cannot legally prevent Japanese from going, nor block their entry when they return.

Any Japanese returning from a restricted country is currently required to clear PCR testing upon arrival and undertake a 14-day quarantine at home. During that time they are forbidden from using public transportation, even from the airport.

Who Are Japan’s Foreign Residents?

It is useful to understand the numbers and nationalities of Japan’s foreign residents, and the visa status under which they are living here.

As of June 2019, the latest for which data is available, there were 2.83 million foreign residents in Japan. The single largest group are permanent residents at about 800,000. The number of students and trainees has been rapidly growing, and each now exceeds 400,000.

“Special Permanent Residents” (“SPRs”) 特別永住者 make up the next largest group at about 320,000. Today, SPRs are almost entirely Korean nationals whose ancestors came to Japan in the first half of the 20th century during the colonial and war period.

By nationality, 84% of all foreign residents in Japan come from Asia. Of the four largest groups, Chinese, Taiwanese and Hong Kong people together make up the largest group at 786,000. Next is Koreans, including SPRs, at 451,000. The third and fourth largest are Vietnamese at 372,000 and Philippine nationals at 277,000.

There are about 271,000 from South America, consisting mostly of Nisei and Sansei (2nd and 3rd generation ethnic Japanese) from Brazil and Peru.

North Americans are just 2.4% of permanent residents in Japan. The EU has even fewer at just 1.1%, and the UK, Australia, and New Zealand combined make up about 1%. 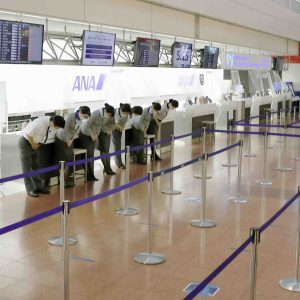 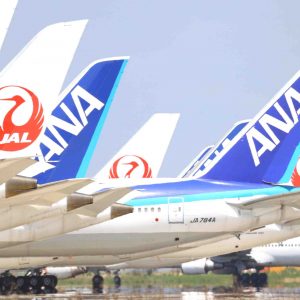 In January, when the first COVID-19 cases were confirmed in Japan, PCR test capacity for the entire country was 300 tests per day. Today, at Narita, Haneda, and Osaka airports, the total combined capacity is 2,300 tests per day, and will grow to 4,000 from August.

With saliva-based testing now approved for use in Japan, border testing will increase to 10,000 per day in September. Concurrently, test centers will be opened in downtown Tokyo and Osaka for 2,000 tests per day for anyone required to present a negative test to board a flight.

Is Japan an Outlier?

Asian countries, such as Taiwan, Hong Kong, Singapore, and South Korea, began imposing travel bans as early as January, and all had them in place no later than early March. The U.S. imposed a ban on March 17, and the EU followed.

Restrictions vary greatly by country and have changed as the virus spread around the world. Some countries have banned all international travel. Others placed limits on foreigners entering and different limits on their own nationals. Some, like the EU, allowed entry to EU nationals and “long term residents.” Others allowed entry only for “permanent residents.”

The EU announced that from July 1, it would lift travel restrictions on 14 countries, including Japan, which they deemed to have “handled the virus as well or better than the EU.”  The U.S. remains excluded. Under EU rules, however, each of the 27 EU members in the “Schengen Area,” the travel free zone, can impose its own restrictions on other EU members as well as third countries like Japan.

In short, the EU does not have ONE set of rules. This is illustrated by Ireland’s refusal to allow U.K. entrants without a 14-day quarantine. Apparently, Ireland sees the U.K. as NOT having handled the pandemic as well or better than itself.

The U.S. continues to impose strict entry bans on several countries, including the U.K., Brazil, Iran, China, and every EU country. The only exceptions are for “permanent residents” (green-card holders) and those entering under an “immigrant visa” and related family members. Long term residents and work visa holders are not covered by the exception.

The claim that Japan is the only G7 country that is severe on its foreign residents is incorrect. 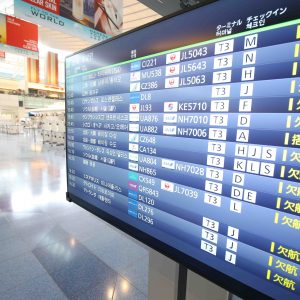 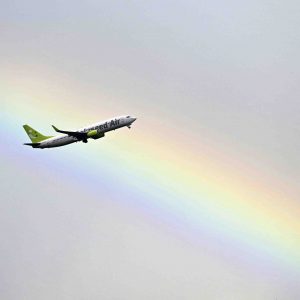 In reopening international travel, Japan is starting first with the countries that have handled the outbreak “as well as or better than” Japan. Twelve Asian countries have been identified to begin the discussions.

The first agreements were reached with Vietnam and Thailand, and flights restarted from the end of July. Procedurally, all travelersーwhether to or from Japanーare required to produce a negative PCR test within five days of the flight and undergo 14-day periods of monitoring and restricted movements.

Agreements are expected with the other ten countries, one by one, with China and South Korea likely to be last, given their coronavirus numbers.

Entry priority will go first to foreign residents from agreement countries who were “caught” abroad when the bans went into effect, as well as a limited number of business travelers. This starts from August 5.

The next group to be processed will be foreign residents from agreement countries who left Japan after the travel ban came into effect. The same testing and 14-day monitoring conditions will be applied to these returnees.

The initial plans cover all four categories of foreign residents in Japan, but the steps will be rolled out country by country.

This means that many long term Western expatriates will remain unable to reenter Japan from abroad in the near future, unless they have obtained humanitarian entry exemption. It should also be noted that the EBC’s and ACCJ demands that European and North American business travelers to Japan be given equal priority to those from Asian countries is something their countries do not even offer to each other.

Japan has committed to continually increasing its capacity to test and quarantine at its borders, which will make adjustment of immigration rules easier in the future, as the COVID-19 conditions allow.

In the meantime, Japan should stay focused on receiving foreign nationals efficiently and safely in the context of the country-by-country conditions presented by the pandemic, using the same standard,  “… handled the virus as well or better than…” that guides the EU and many other countries.