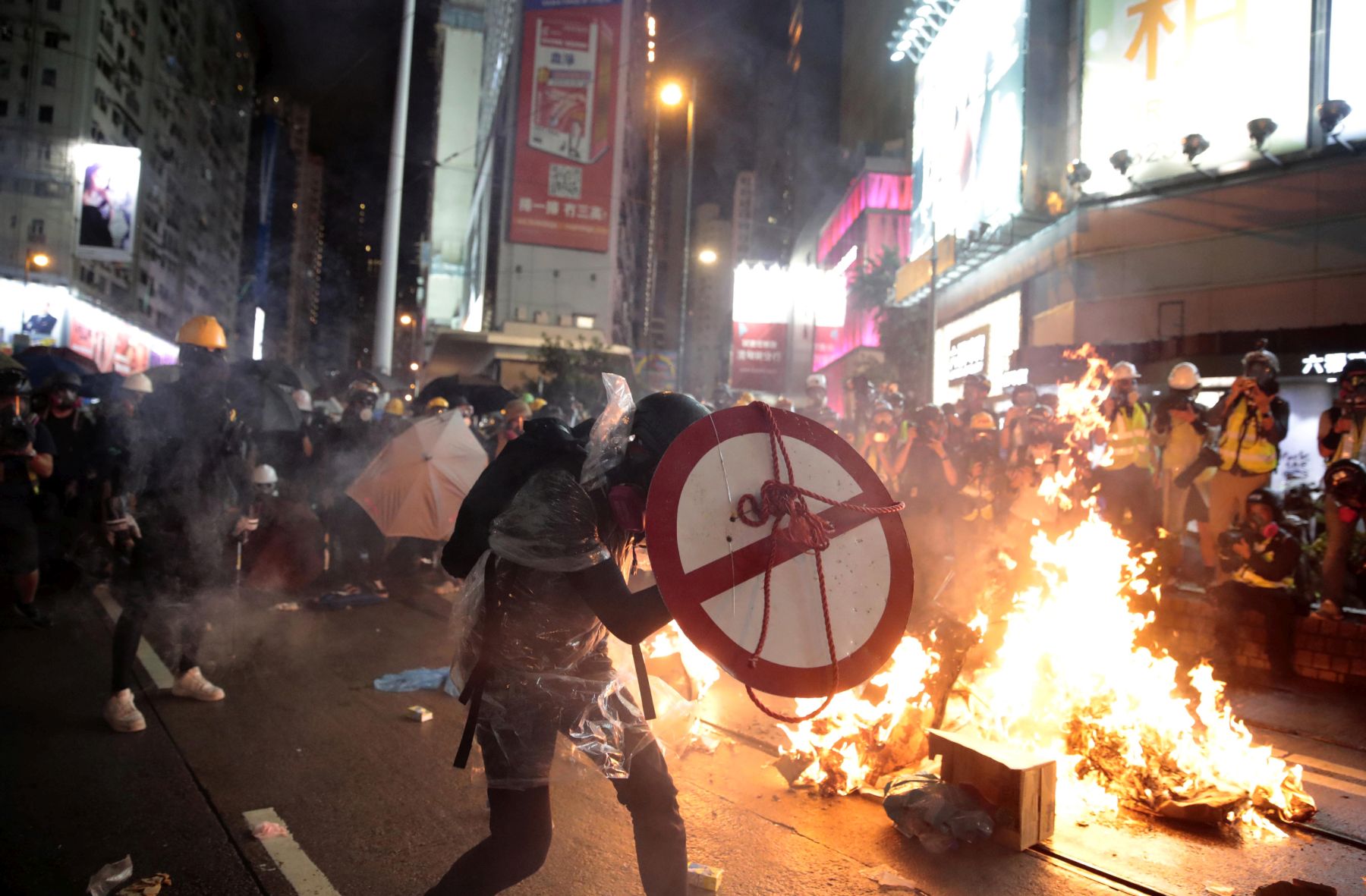 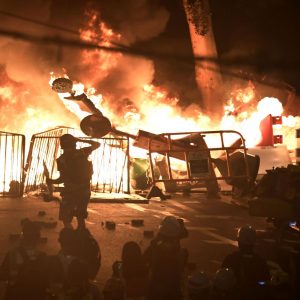 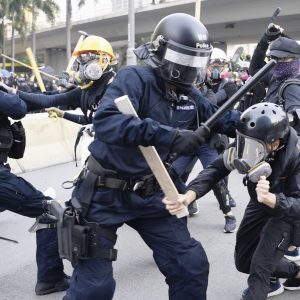 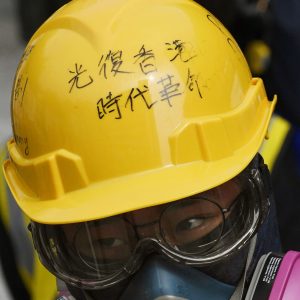 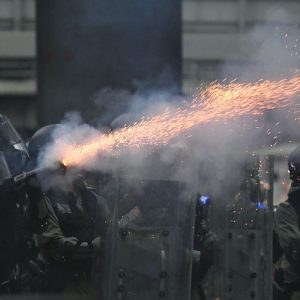 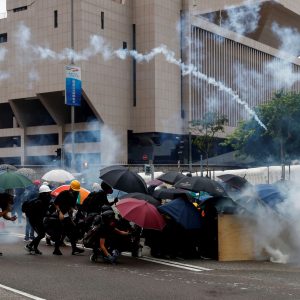 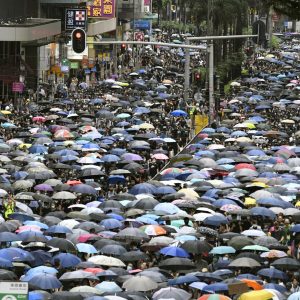 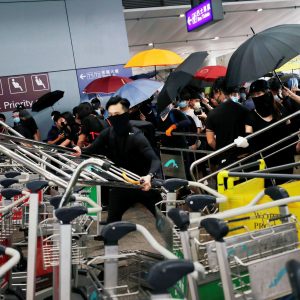 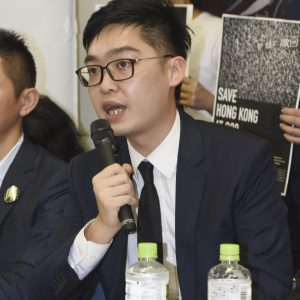 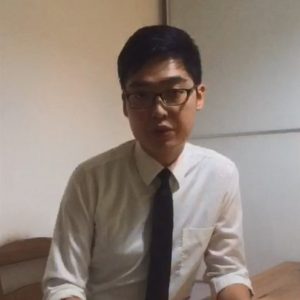 Andy Chan Ho-Tin is the founder of the Hong Kong National Party and a world-renowned champion of democracy and human rights. He alerted the people of Japan to the threats against freedom in Hong Kong at a press conference held in Osaka on June 29. JAPAN Forward reported on Chan’s outreach as world leaders gathered nearby for the G-20 Summit Meetings.

Mr. Chan was due to return to Japan at the end of August to participate in the August 31-September 1 Japan Conservative Political Action Conference (J-CPAC), a gathering of freedom advocates and concerned citizens from across Japan, the United States, South Korea, Australia, and beyond. JAPAN Forward was scheduled to interview Chan in Tokyo, but Chinese authorities arrested him in the Hong Kong airport as he was preparing to board his flight to Japan.

The first leader of a party with a nationalist agenda since Hong Kong was handed over from British administration to Chinese rule in 1997, Chan has become an eloquent voice for democracy and human rights in Hong Kong, and a bridge between Hong Kong and Japan. After his release from jail, Chan sent a statement and video message asking that it be shared in Japan, as he had planned to do at the J-CPAC conference before his arrest.

JAPAN Forward joins many others around the world in opposing the escalating violence against unarmed Hong Kong people. We urge peaceful dialogue and resolution of the issues raised by the stakeholders in Hong Kong.

Following are Andy Chan’s written and video messages to Japan.

Good afternoon ladies and gentlemen, our allies in the free world. I am Andy Chan, speaking from Hong Kong.

I am safe and fine for now. I am sorry that I couldn’t join you in person. I wish I had the chance to get to know you and to talk to you. As you all know, I was detained and arrested for riot when I [was to] depart [for] Japan. I am now released without being charged and on bail. This is the second arrest I have encountered in a month, and I am just one of the thousands who were arrested. Many more Hong Kong citizens will also be arrested very soon, so the situation in Hong Kong is dire.

The first action that you may take part in is to acknowledge China as Chinazi. We Hong Kong people want the world to know that the Chinese regime is a Nazi regime. We want that to be circulated on media, on the internet all over the world.

Secondly, a humanitarian crisis is happening in Hong Kong. There was another terror attack committed by the Hong Kong police yesterday. They attacked innocent citizens randomly with batons, pepper spray, and even iron bars in a train compartment and metro station. Hundreds of people were hurt, but they could not simply go to the hospital. Otherwise, they will be arrested by the police at the hospital. Our medical team has been overloaded and will collapse soon. Therefore, we need medical support. We need INGOs to step in.

Thirdly, please bring full-scale of sanction on to Hong Kong. The sanctions brought on China must [be] brought on Hong Kong because China can escape sanctions through Hong Kong. I would like to take the chance to reiterate my advocacy again: to revoke the 1992 Hong Kong Policy Act passed by the United States Congress. It allows Hong Kong to enjoy a special status apart from China. However, it turns out to be a back door of the free world that could be accessed and manipulated by China. Moreover, over 70% of foreign direct investment goes in to China through Hong Kong. Hong Kong is the main window that China obtains U.S. dollars from. Therefore, shut it down.

We Hong Kong people are ready for and welcome all kinds of sanctions. Out of the many sanctions, we are desperately wanting two of them. First, stop selling equipment to Hong Kong police. Second, restrict the entrance of Hong Kong police into your country. There are already PLA and paramilitary police undercover in the police force.

Hong Kong is already burning, we need China to burn with us. Freedom is not free. There is always a cost for freedom and dignity. It is our glory to burn with China. Give us liberty or death. Please bring sanctions on to Hong Kong.