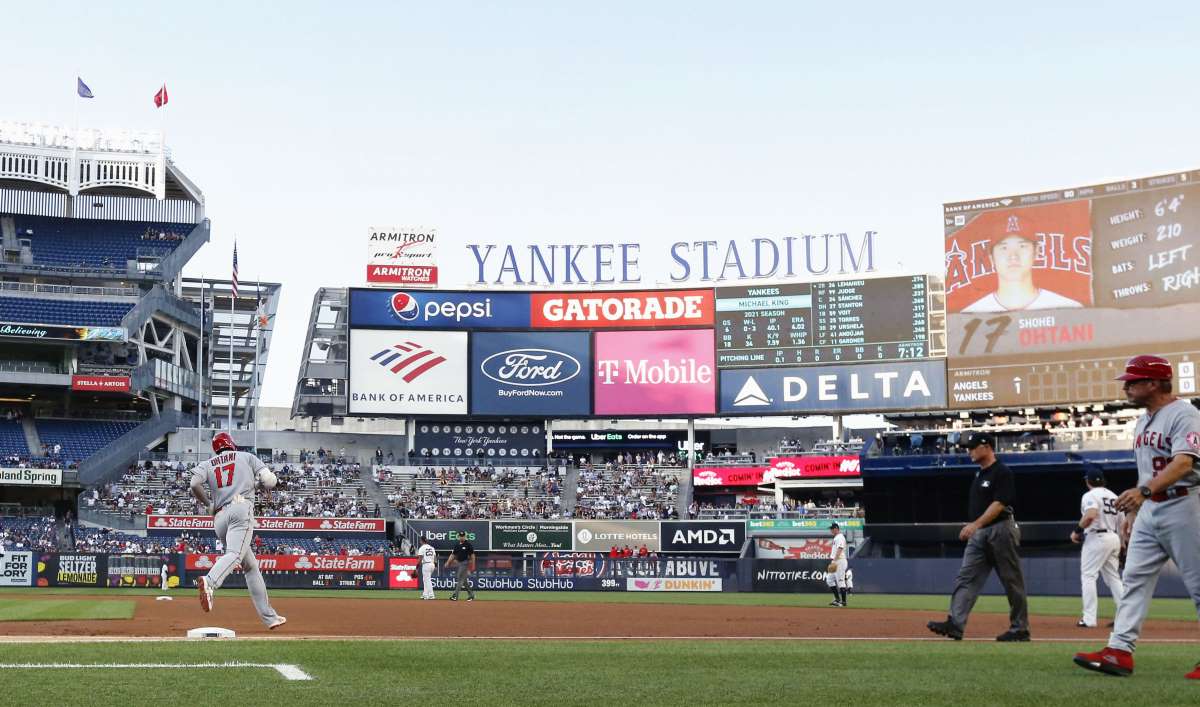 "We are very excited to begin our partnership with the New York Yankees,” said Kazuhiro Sakurai, Asahi Shuzo president. The Yankees, a professional baseball team in Major League Baseball’s (MLB) American League, are a household name in America, winners of a record 27 World Series titles and synonymous with the city that is their home and American baseball itself.

“Although the consumption of sake overseas is increasing year by year, sake awareness among the public is still not high. In order to increase the worldwide recognition and appreciation of sake in culinary culture, Asahi Shuzo is building a sake brewery in New York,” said the company president in the statement.

“To celebrate this new connection to the United States and the New York metropolitan area — and to honor our home brewery in Japan — we look forward to partnering and collaborating with the New York Yankees this season and into the future.”

“We are extremely eager to partner with Asahi Shuzo and look forward to working together to further strengthen the Asahi Shuzo brand in the tri-state area and beyond,” said Michael J. Tusiani, New York Yankees Senior Vice President, Partnerships.

The Dassai brand will appear on rotating signage behind home plate and other LED signage located in Yankee Stadium. Additionally, Dassai sake will be available for purchase in select premium seating areas in Yankee Stadium.


The Dassai Blue brand concept comes from a Japanese proverb. Literally translated as, “Although blue dye comes from the indigo plant, it is bluer than indigo,” meaning that it is our expectation that Dassai Blue will surpass the existing Dassai brand.

“We will use New York water and Yamada Nishiki rice grown in both the US and Japan to produce Junmai Daiginjo sake, the highest grade of sake,” the company president explained on April 6.


Dream Behind the Dassai Brand’s Move

New York is a natural fit for the Dassai brand. Asahi Shuzo Chairman Hiroshi Sakurai’s dream is to make good sake, he told JAPAN Forward in a January 20, 2022 interview. Explaining that making delicious sake takes patience and manual labor, he elaborated on the company’s goal of bringing the idea of the quintessentially Japanese beverage abroad and why New York is the key.

“Inside the United States these days, the West Coast is a huge center for technology, but the real center is still the East Coast. Therefore, we decided to make a sake brewery there [along the East Coast] under the brand name Dassai Blue, and enter the US market,” the Asahi Shuzo chairman told JAPAN Forward in January. RELATED: INTERVIEW | Dassai Blue’s Hiroshi Sakurai on the US Market’s Potential for Sake

Mr. Sakurai, who is Japan’s 2021 Entrepreneur of the Year, and the father of the company’s current president, explained Asahi Shuzo’s commitment to producing a delicious product that suits the Western palette in the January interview.

For those who have never tried it, if they don’t think that it tastes good, then the conversation ends there. In other words, the victory lies in the flavor: the aromas, the balance when you drink it.

The April 6 announcement by President Kazuhiro Sakurai reveals the site of the new brewery in New York, a region well known for its high quality waters. Less well known but also notable is the brand’s social consciousness and creative ways of turning adversity into good, which it has shown in times of great need. RELATED: Helping Japan Flood Victims with Every Bottle of ‘Dassai Shima Kosaku’ Sake

Given the New York Yankees' drive to be the best and Dassai’s commitment to the American market, all eyes will be on the new partnership.