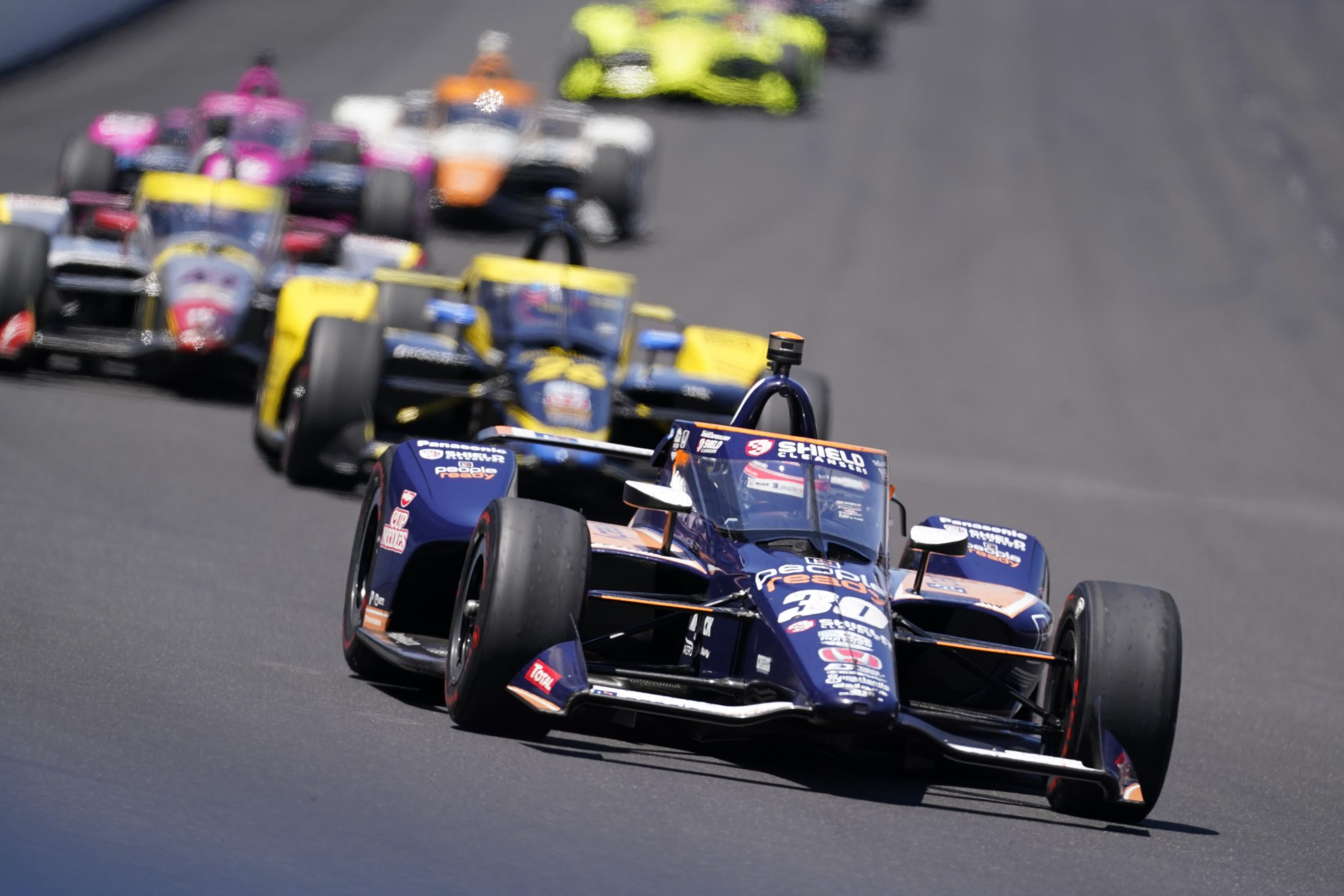 Takuma Sato had to make a pit stop with seven laps remaining. His No. 30 car needed fuel to complete the race.

For Sato, this reality clashed with an important fact: He was leading on lap 193.

Moments remained in the Indy 500.

Sato’s brief trip to the pits diminished his chances of defending his Indy 500 title. He finished 14th out of 33 drivers on Sunday, May 30.

Hélio Castroneves took the lead on lap 194. Alex Palou overtook the Brazilian two laps later. Castroneves returned to the front of the pack on lap 199 and held on for a narrow victory over the Spaniard, winning by 0.4928 seconds at Indianapolis Motor Speedway. Simon Pagenaud, Pato O’Ward and Ed Carpenter finished third, fourth and fifth, respectively.

The 46-year-old Castroneves also became the fourth-oldest winner of the race.

While Castroneves celebrated with fans and his racing team, Sato, 44, was left to rue what happened in the final stages.

“I had to save fuel, and I wouldn’t have had a chance without yellow [a caution flag],” Sato said later. “I was really disappointed, and disappointed because I wanted to fight other rivals with full fresh tires at the end.”

“The car was so good, so I just have to make sure that I stay there in the end,” Castroneves said during a post-race news conference. “Once the pit cycles came in, I was in second place with Palou. Pato came to play a little bit. I was like just keep doing what I’m doing, understanding what I need to do. I lost too many races in second place here. I was like, this is not going to be the day.”

“I couldn’t be more happier. I couldn’t be more happier for Mike [Shank], for Jim [Meyer],” he said, referring to the co-owners of Meyer-Shank Racing. “They did everything they told me, which is they promised to give me a good car. I said, All right. If that happens we have a great chance. Just give me a chance to fight, opportunity to be up there, then I will fight. And they did.”

In 2017, Sato won the Indy 500 for the first time and increased his name recognition far beyond the hard-core motor sports fan base.

In 2019, Sato, who started in the No. 14 position, placed third. Then he won last year’s race, which was moved from May to August due to the global pandemic and held without spectators,


In Good Position to Vie for Title

Sato earned the 15th position for Sunday’s race, with a four-lap average of 230.708 mph in qualifying on Saturday, May 29.

As the race progressed, the Tokyo native worked his way into title contention. He led from laps 151-156.

Then he took his next-to-last pit stop.

Sato resumed his quest to defend his title, this time before a crowd of 135,000 fans who were permitted to attend the event.

To his credit, Sato regained the lead with seven laps to go, but too much fuel had been burned by that point.

“Well, before I committed to a strategy, I said, ‘Impossible’ twice,’ ” Sato said after the race.

“Not only for losing the shadow, which is losing the pack, and then you’re not going to be able to achieve the fuel number you needed. …  I said, ‘Impossible’ twice, but equally, I cannot ignore the team’s decision. We’re a team player and were betting for the strategy.

“The team wanted me to run in a certain fuel number, which I tried to achieve [but] coming down to only 200 mph, still was not possible. So once you lose the shadow and the momentum, I needed someone. At the end of the day, we committed to follow someone [Felix Rosenqvist] clocking the same speed. At that point, we were using too much fuel and that’s how we shortened six laps to go.”

Takuma Sato now turns the page and prepares for his next IndyCar Series race.