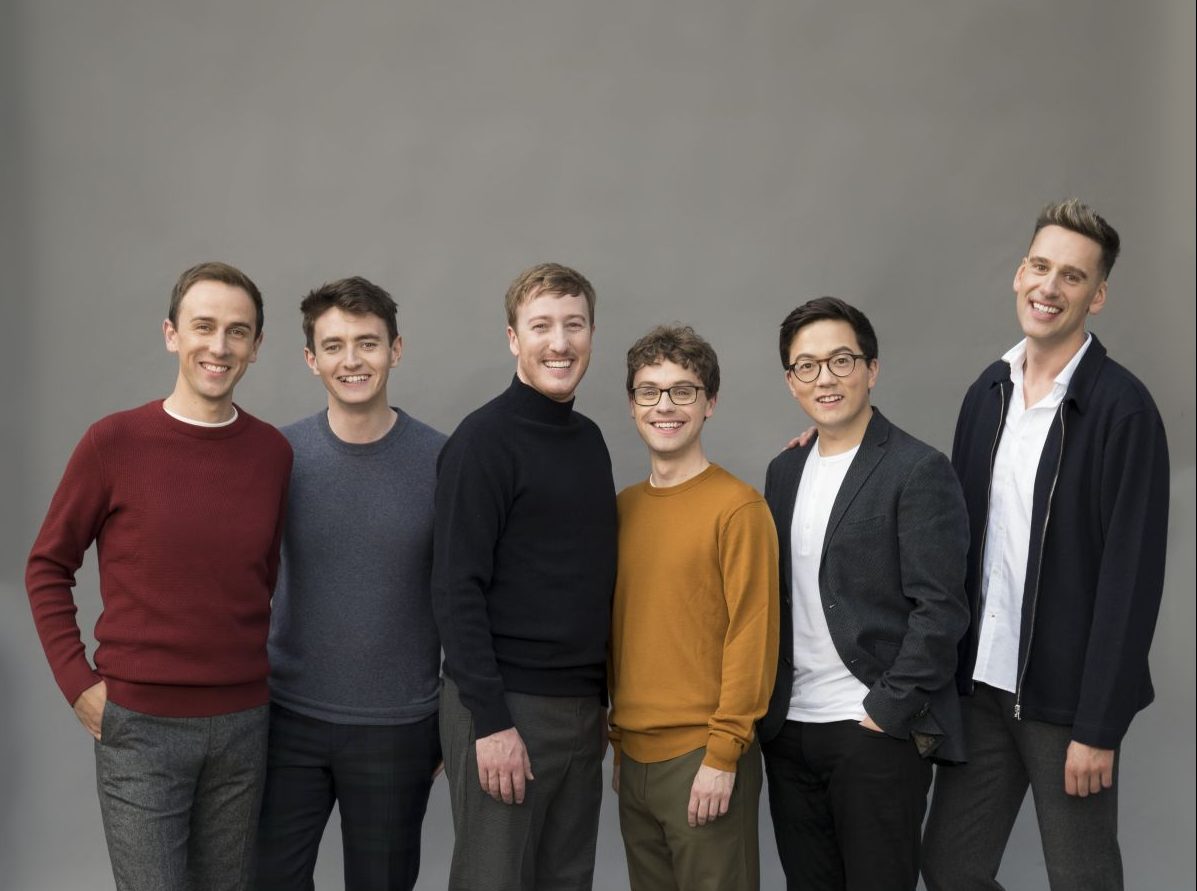 One of the industries which has suffered the most impact in the global pandemic is undoubtedly that of music and entertainment.

With many of us stuck in our homes during what has felt like a world-wide lockdown, performers, artists and entertainers have come up with innovative ideas on how to share their art with netizens.

Certainly this was the case for the world famous six-member acapella performing groupーThe King’s Singersー based in the U.K.

Since the group’s start in 1968, members have come and gone but their music and style have dazzled people all over the world.

In April two members of the group sat down for an interview with JAPAN Forward and shared how the experience of being apart was changing their lives as artists, and how they were looking forward to the start of touring again in the autumn.

Now, after months of being apart, The King’s Singers are reuniting in person to perform their first concert since March in Holy Trinity Church, Chrishall, U.K., which will be filmed in high definition and delivered online to fans all over the world.

The concert will be live streamed for those buying a ticket on July 30 at 8 P.M. CEST (July 31, 3 A.M. JST). The ticket will allow access to the HD footage of the concert via streaming for another 24hours, until August 1.

The concert forms part of the IDAGIO Global Concert Hall series. Leader of the group Julian Gregory shared with JAPAN Forward that the sextet decided to team up with IDAGIO as it’s “an excellent online streaming platform with which we decided to team up in order to allow our audiences around the world join us from the safety and comfort of their own homes.”

The program, titled “Back in Harmony” reflects the fact that the group’s reunification follows the imposed hiatus due to COVID-19. It features some songs from the group’s classic repertoire, as well as some recent renditions including a few performed during the lockdown, such as’ If Ye Love Me’ by Thomas Tallis.

A song which will be filmed for the first time is by Judith Bingham- ‘Tricksters’ (2019), commissioned as part of the King’s Singer’s recent album, Finding Harmony (2020), released in January 2020.

As a way of replicating the concert experience, fans also have the unprecedented opportunity to cast their vote for which song should be performed at the encore, making it an interactive experience for the spectators and performers. Votes can be cast through The King’s Singers’  Facebook or Instagram page.

Gregory shared with us a message for readers and fans on how the group wanted to be one of the first to perform together:

As the world is gradually coming out the other side of lockdown, we want to be one of the first ensembles to perform live in concert since Covid-19 hit. This is in part because the six of us have been longing to meet up and make music together these past four months, after the group’s longest absence from the concert stage in its 52-year history;. But more importantly, [we want] to show singers around the world that musicians are already able to make music safely in person once more, in spite of the pandemic, and that singing together can be a tool for unity and hope in the face of these universally difficult times.

Tickets are €9.90 EUR, or approximately ¥1,222 JPY, and can be bought following a free registration on the website here.

INTERVIEW| The King’s Singers During COVID-19: Looking Forward to their Japan Tour

INTERVIEW | The King’s Singers During COVID-19: Still Finding Harmony While Staying at Home

‘Rooted in Japan,’ The King’s Singers Promise to Return for A Bigger Show