BASEBALL | In the Shadows of Shohei Ohtani, Yu Darvish Quietly Puts Up Some Award-Worthy Numbers 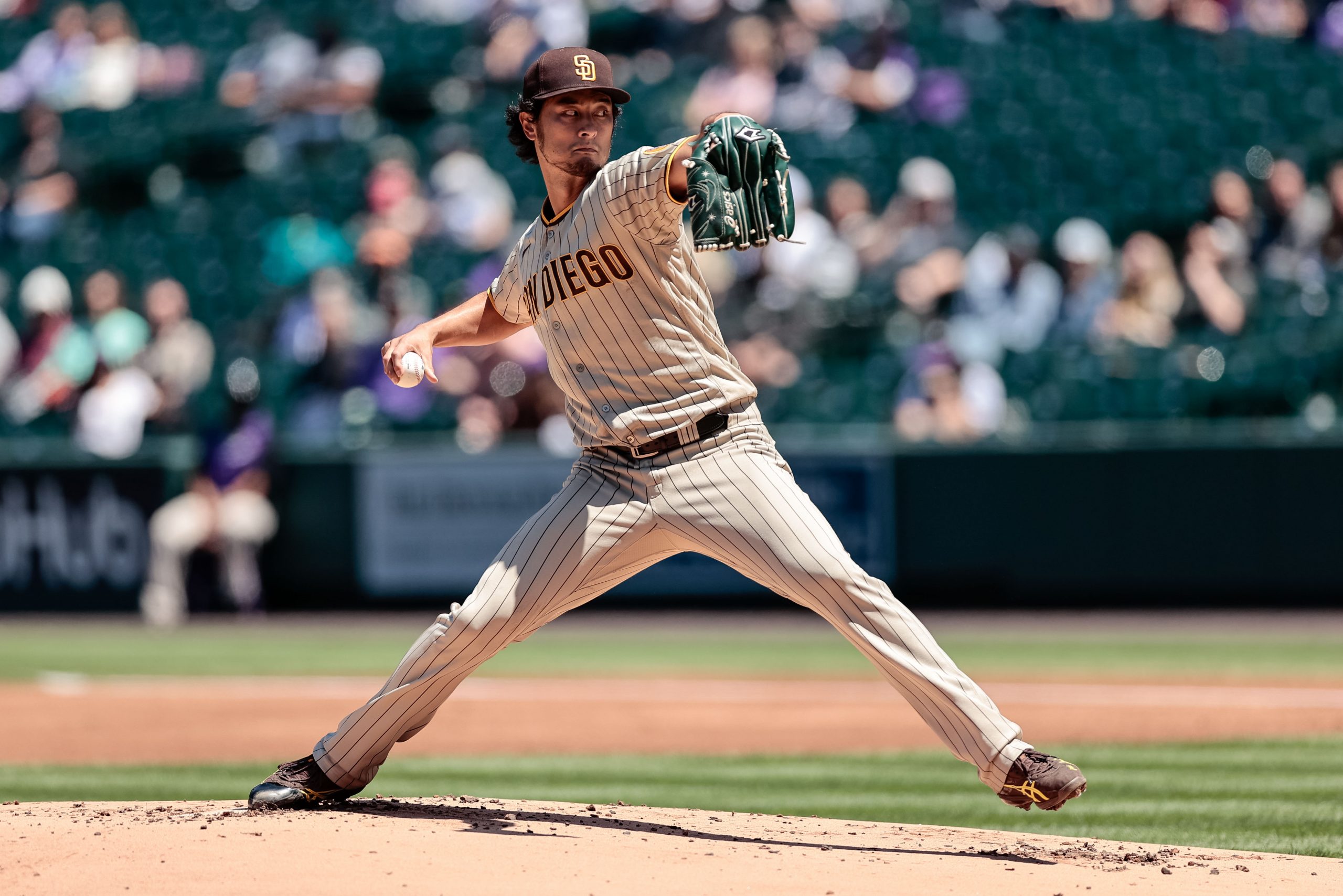 While Shohei Ohtani justifiably grabs all the headlines with his MVP-type numbers, another Japanese player in Major League Baseball is quietly putting together a season that could be worthy of a prestigious award.

After having his reputation severely damaged just four years ago, Yu Darvish has firmly reestablished himself as one of the best pitchers in the game.

The 34-year-old right-hander is 7-2 for the San Diego Padres with a 2.44 ERA, with 115 strikeouts in 16 games, numbers that make him one of the best top-of-the rotation pitchers this season in either league.

Darvish recorded his 1,500th career strikeout in the sixth inning of his team’s 6-2 win over the Los Angeles Dodgers on Monday, June 21.

In just 197 games, Darvish is by far the fastest pitcher in big league history to reach that milestone, eclipsing Randy Johnson, who needed 206.

“I knew I was close,” Darvish told MLB.com. “I’m proud of myself for achieving [1,500 strikeouts] fastest in MLB history. I’ve had my share of ups and downs but I’m here today talking about my 1,500 strikeouts because of all the people who supported me.”

The accomplishment was praised by his teammate Manny Machado.

“Fifteen hundred, the fastest guy to reach that, that’s a great accomplishment,” Machado said. “I just know him as a player, the work that he puts in every single day. He comes in here, and he’s a workaholic, and he’s a leader. People feed off of that.”

The Padres are currently third in the National League West standings, just 2.5 games behind the league-leading San Francisco Giants through Thursday, July 1. They are 13-3 in Darvish’s 16 starts.

Which brings us to the award part. Darvish was runner-up to Trevor Bauer in voting for the NL Cy Young Award after compiling a stellar 8-3 record along with a 2.01 ERA for the Chicago Cubs in the pandemic-shortened 2020 season.

The Padres acquired Darvish in exchange for pitcher Zach Davies and four young prospects. San Diego had to absorb the cost of Darvish’s contract, which works out to about $60 million over three years, a small price to pay given his strong numbers so far.

Nine times this season he has pitched at least six innings and allowed one or zero runs. He has allowed two runs in six innings just once.

If he continues on the pace he’s been at this season, there is every reason to believe he’ll be in the Cy Young running once again.

As he mentioned after reaching 1,500 Ks, Darvish certainly has had his hardships over nine seasons in Major League Baseball.

None was more devastating than the 2017 World Series when he was pitching for the Dodgers against the Houston Astros.

Darvish started in both Games 3 and 7. There is no bigger stage than getting the ball in the World Series, and it was a chance for the native of Osaka to establish himself as one of the elite pitchers in the game.

But instead of becoming a World Series hero, Darvish got shelled, losing both games and temporarily his reputation as a solid major league starter.

It just didn’t add up. How could a bona fide major-league pitcher be so bad? Of course, all the worst stereotypes came out. He couldn’t pitch in the clutch, he had discipline problems and so on.

Then came the suggestion he was tipping his signs; doing something in his windup that indicated to the opposition which pitch he was about to throw. For a guy who throws many different pitches like Darvish does, that would be quite an advantage for the opposition.

The four-time All-Star said he started to doubt himself following those performances.

But then the ugly truth came out. The Astros were involved in an elaborate sign-stealing scandal that allowed their batters to know which pitch was coming.

After an investigation, it was revealed that the Astros used a video camera in the center field seats to film the opposing catcher’s signals to the pitcher regarding the next pitch.

Astros players or team staffers watched the live camera feed and used various audio cues, such as banging on a trash can, to signal to the batter what type of pitch was coming next.

While the manager and GM of the Astros, A.J. Hinch and Jeff Luhnow, were suspended and ultimately fired, no players were punished because they had been given immunity by MLB in exchange for their cooperation in the investigation.

Darvish himself was understandably upset after the incident. In a 2020 interview with Sports Illustrated, he said the Astros should be stripped of their 2017 World Series title.

“It’s like the Olympics,” Darvish said. “When a player cheats, you can’t have a gold medal, right? But they still have a World Series title. It [feels] weird.”

Darvish said he knew the Astros were stealing signs but he admitted he was not at his best in those World Series games and said he became better for what he went through.

The numbers he is putting up this season would certainly seem to confirm that. For his part, Darvish was humble when asked about his season so far.

“Even now, I don’t really necessarily consider myself as an ace,” Darvish said.

His Padres teammates and the fans would most certainly disagree with that.