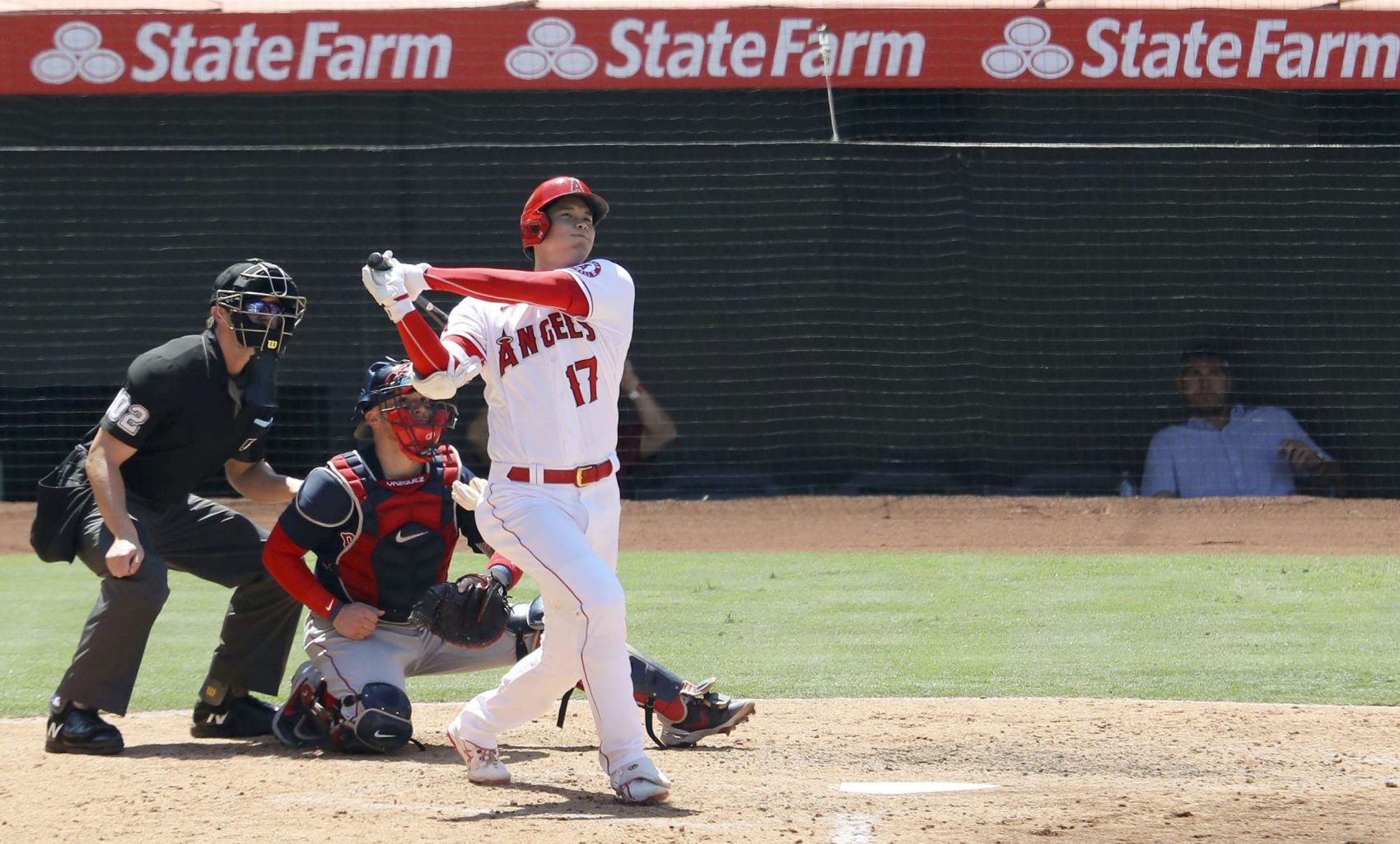 The Angels' Shohei Ohtani hits a solo home run in the fifth inning against the Red Sox on July 7 in Anaheim, California.

With one mighty swing of his bat, Shohei Ohtani surpassed Hideki Matsui for the most home runs by a Japanese player in a single season in Major League Baseball.

Ohtani blasted No. 32 in the fifth inning against the Boston Red Sox on Wednesday, July 7, a solo shot off left-hander Eduardo Rodriguez. He connected on a 2-2 changeup and the ball sailed an estimated 433 feet (132 meters) into the right-field stands at Anaheim Stadium in the Los Angeles Angels’ 5-4 victory. By doing so, he clubbed his MLB-best 54th extra-base hit of the season.

“I watched him [Matsui] growing up as a child,” Ohtani said through an interpreter, according to MLB.com. “So it’s a huge honor to pass Matsui.”

Now, he has another reason to celebrate.

Matsui made sure to remind him.

“Thirty-two home runs in a season is just a passing point for a hitter like Shohei,” Matsui said in a statement. “I was once considered a long-ball hitter in the majors, but I believe that he truly is a long-ball hitter. Furthermore, he is an amazing pitcher. He exceeds what is considered conventional for a major-league player and there is no one else like him.”

The 2009 World Series MVP wishes the best for Ohtani as the 2021 season marches on.

“I hope he continues his success this season as he carries the hopes and dreams of many fans and young children,” said Matsui, who smacked 332 regular-season home runs with the Yomiuri Giants (1993-2002) before moving to the Yankees in 2003. “As a baseball fan myself, I can’t wait to see what he is able to do next.”

Ohtani finished the game 2-for-4, including a first-inning single, and scored a pair of runs. The Angels (44-42), meanwhile, are in fourth place in the AL West.

On Tuesday, July 6, Ohtani improved to 4-1 as a starting pitcher this season, working seven effective innings against the Red Sox. He allowed five hits and two runs, struck out four and didn’t walk a batter.

Next week will be a banner chapter in the two-way star’s blossoming baseball career. He’s scheduled to be the first Japanese to compete in the All-Star Home Run Derby on Monday, July 12 in Denver.

A day later, he’ll be penciled into the American League lineup as the starting designated hitter (as selected by fans) at Coors Field. He’s also one of the AL’s All-Star pitchers.

No other player in MLB All-Star history has been chosen to play multiple positions in the same game. The first All-Star Game was held in 1933.