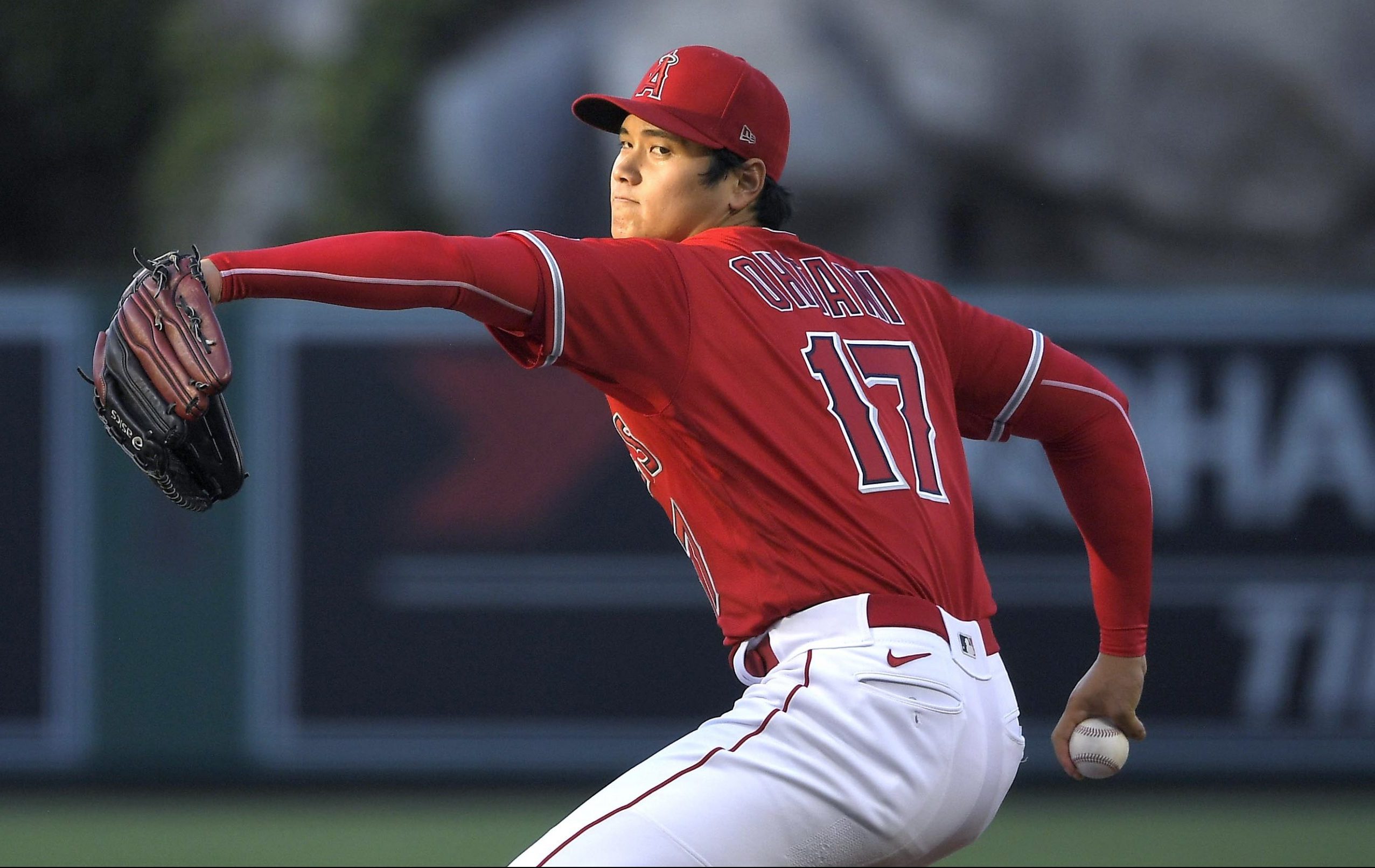 While it’s still early, Shohei Ohtani appears to be on a mission to prove he can put in a full season as a bona fide two-way player.

Since arriving in the major leagues in 2018, Ohtani vowed to both pitch and bat, as he did over five successful seasons with the Hokkaido Nippon Ham Fighters.

There were plenty of doubters. Everything from a grueling travel schedule to facing tougher lineups were cited as reasons why the 26-year-old Ohtani wouldn’t be able to do in the majors what he did in Japan.

And while injuries have largely derailed those ambitions so far, early signs this season indicate Ohtani may have put the doubts behind him and is ready to break through both on the mound and at the plate.

“I just need to work hard and give it my all every day,” Ohtani said about his season so far. “We’ll see at the end of the year how many games I could play, how many at-bats, how many starts. As long as I can stay healthy I’ll be good at the end.”

In his first season with the Los Angeles Angels, Ohtani recorded four wins against two losses before having elbow surgery in September of 2018.

He had more success at the plate that season, with 22 home runs, 10 stolen bases and 61 RBIs, numbers that helped him win the American League Rookie of the Year award.

In the next season, it was determined that Ohtani wouldn’t pitch as he recovered from surgery. He still managed a successful campaign at the plate with 18 homers and 62 RBIs in 106 games.

His season ended early in September 2019, when it was learned that he needed knee surgery.

Ohtani returned to the mound in July of 2020, but things didn’t go well. He allowed five runs without recording an out in a game against the Oakland A’s.

After his second start of the season against the Houston Astros, Ohtani began to experience pain in his right arm and it was eventually revealed he had a flexor strain in his right elbow.

Angels manager Joe Maddon later stated Ohtani would not pitch for the rest of the shortened season.

Over the two seasons in which he pitched in MLB, Ohtani had four wins and three losses. Hardly Cy Young Award material.

But the signs so far this season are more encouraging.

Ohtani picked up his first win in over three years on April 26 in a 9-4 win over the Texas Rangers.

Hitting and pitching in the same game for the second time this season, Ohtani overcame a shaky start in which he gave up four runs in the first inning.

He settled down after the first and pitched five complete innings with nine strikeouts. He gave up four runs on three hits while walking two batters in a 75-pitch effort.

At the plate, Ohtani helped his own cause, driving in two runs with three runs scored. In the top of the second, he doubled to cut the Angels’ deficit to one run and scored the tying run on a single by Mike Trout.

It was the type of performance that Ohtani, the team’s regular designated hitter, was known for when he was in Japan but had yet to replicate in the majors.

On Wednesday, May 5, Ohtani took the mound again and threw five-plus innings of one-hit ball, but did not factor in the decision as a solid pitching effort was wasted after a 3-1 loss to the Tampa Bay Rays.

Of his first win in three years along with his impressive stats at the plate, Maddon summed it up best.

“Pretty complete game of baseball,” Maddon said. “I had to put the hold sign on him because he wanted to steal.”

Ohtani certainly does have a flair for the dramatic.

In the 3-1 loss to the Rays, Ohtani speared a line drive off the bat of Austin Meadows.

After the ball briefly popped out of his glove, Ohtani snared it with his bare hand, went over the baseline and said “I’m sorry” to the dismayed Meadows.

“I feel like there was a lot of luck involved,” Ohtani said after the game through his translator. “It was right after my motion and the ball kind of found my glove, but I was able to react a little bit and make that catch.”

What has been especially impressive so far this season for Ohtani on the mound has been a masterful splitter that is practically unhittable. Combined with a fastball that has clocked over 100 mph (161 kph) and a nasty curve, the 92-mph splitter (148 kph) has been his go-to pitch with two strikes. In 18⅔ innings, he has allowed seven hits and five earned runs while walking 19 batters and striking out 30. He has a 2.41 ERA in four starts.

Ohtani made history early in April when he became the first home run leader to start a game as a pitcher since the legendary Babe Ruth did so 100 years ago, according to the Elias Sports Bureau.

That shot put him in a tie for the MLB lead in homers with Boston’s J.D. Martinez and Atlanta’s Ronald Acuna Jr.

Not surprisingly, Maddon is supportive of Ohtani’s efforts as a two-way player.

“His teammates appreciate what he is doing,” Maddon said. “They know how difficult it is, these are accomplished major league players that either play on the field as a position player or as a pitcher, so watching him do both they understand how difficult it is.”

So, what is the difference this season? For one, other than the occasional blister, Ohtani has been healthy so far. But another factor may be the chemistry he has established with Angels catcher Kurt Suzuki.

Since joining the club this offseason, Suzuki and Ohtani have proved to be an effective duo.

Ohtani’s first win of the season was a prime example of that. After his shaky start in which he gave up four runs, Suzuki decided to stick primarily with the fastball instead of allowing Ohtani to lean on his secondary pitches as he had in the past.

The plan worked and Ohtani settled down to pitch four scoreless innings.

“Kurt understands the importance of taking care of his pitchers first and him and his at-bats secondly,” Maddon said. “He cares for their well-being first and that’s what all good catchers do.”

Ohtani and Suzuki can keep working their magic over a long, successful season for both players.