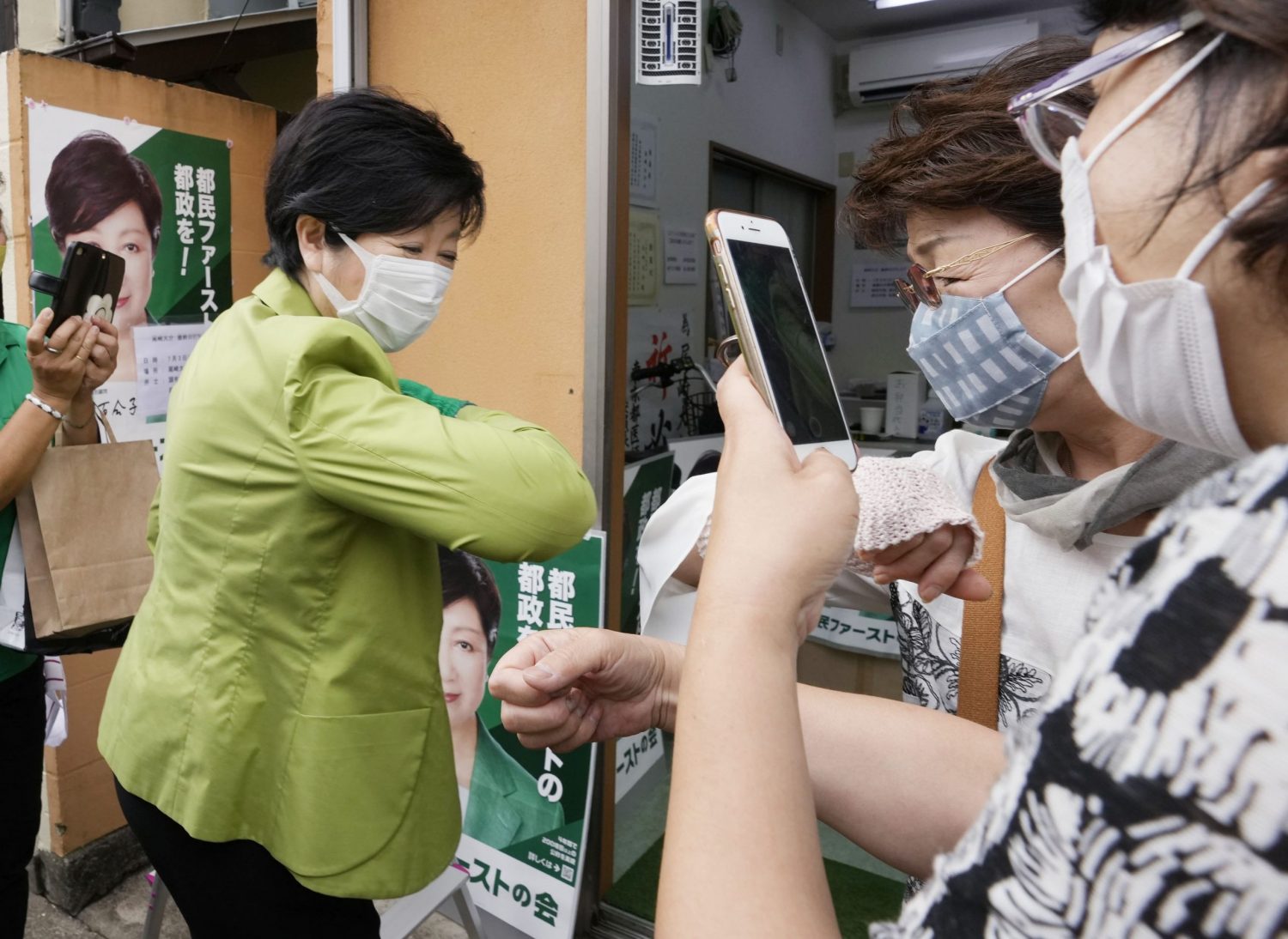 In the early hours of Monday, July 5, the results of the Tokyo Metropolitan Assembly elections started rolling in. Since Japan’s capital is set to host the Tokyo 2020 Olympics and Paralympics in just a few weeks, many had their eyes on the election.

This election was for local government offices only. Japan is set to hold a general election for national offices later in 2021, and many commentators were looking at whether the Tokyo elections would give a sense of the citizens’ pulse on the current administration.

What would the numbers show?

The real winner out of the otherwise murky assembly elections was the incumbent governor of Tokyo, Yuriko Koike.

Koike wasn’t personally standing for elections, as in fact gubernatorial elections were held in 2020, when she won a landslide victory. At the time, local news attributed this to her strong leadership during the pandemic, especially in the initial stage of the spread of infection.

Her influence was seen in the immediate runup to the election. Although she was absent for the most of the two-week campaign, taking a break due to work-related fatigue and hospitalized during part of that time, she campaigned with her party’s candidates at the end of the campaign.

On the very last day of campaigning, July 3, Koike did the rounds to show support for at least 10 candidates. One of the candidates commented to Sankei Shimbun: “Until Friday, July 2, I felt that even though I was giving speeches on the street, I wasn’t really winning over support. However, when the governor came out to support me, I think that the number of people who waved their hand at me increased by 40%.”

The candidate, who wished to remain anonymous, won the seat up for grabs, and commented in hindsight that “Koike’s support was key.”

The governor’s strength in Tokyo was perhaps best expressed when she held her first press conference after her 10-day absence, on July 2, just a couple of days before the assembly elections.

After apologizing for her absence, she showed unwavering resolve to lead her Tokyo citizens through this challenging period, and towards a successful Tokyo 2020 Games: “There has never been a more important moment for Tokyo. In the midst of that, I and the Tokyo Metropolitan Government staff…will continue working through issues of the day.”

She added: “Even if I fall, I will rise again and continue going forward. There are many challenges, but we want to keep working hard so that we make sure to leave a positive legacy of the Tokyo 2020 Games.”

Another key result of the municipal election was the outcome for the majority party in the National Diet, the Liberal Democratic Party (LDP). Compared to the previous Tokyo municipal election in 2017, the party gained seats, giving it a plurality as the biggest party in the assembly. In this, it took the title away from Tomin First no Kai.

However, the point which was highlighted by local media was that the LDP also failed to secure as many seats as they had aimed for, and had not achieved an absolute majority, alone or with its ally party, Komeito.

In 2017, the Tomin First party founded by Koike won a sweeping victory, guaranteeing its hold with an absolute majority in the Tokyo Assembly when the seats of its ally party, Komeito, were added. This time, Koike’s party lost seats, but not as many as expected by some observers, leaving her in a strong position in the Tokyo Assembly.

The result has been viewed by many as a reflection of the dissatisfaction with the national administration led by Prime Minister Yoshihide Suga. He commented on July 5, “I would like to humbly accept the fact that we could not achieve the majority between the LDP and the Komeito.”

The Sankei Shimbun called it a “defeat” and called on the LDP to “thoroughly consider” the next steps.

COVID-19 Lurks in the Background

As expected in this era of pandemic, many of the candidates’ messages were centered around COVID-19 and the vaccine rollout. Therefore, the election results have been read as a clear jab at Japan’s COVID policy and vaccination pace.

This might seem surprising, given that the vaccine rollout has reached over 50 million doses administered as of July 5 in just four months. In particular, over two-thirds of the over-65s have received at least one dose of the vaccine.

However, just over one-fourth of the population (all eligible ages) have received one dose of the jab, and only 8% of the population fully vaccinated. This puts Japan behind other major industrialized democracies in the race to immunize its population.

Moreover, there are many who are understandably uneasy with the inability to bring an end to the pandemic. Tokyo is still the city with the largest number of infections nationwide, registering over 900 new daily infections on July 7.

Tokyo remains under quasi emergency measures, too. Debate is still underway whether to extend these measures during the Tokyo 2020 Olympic and Paralympic Games, as well as the extent to which spectators will be allowed at events.