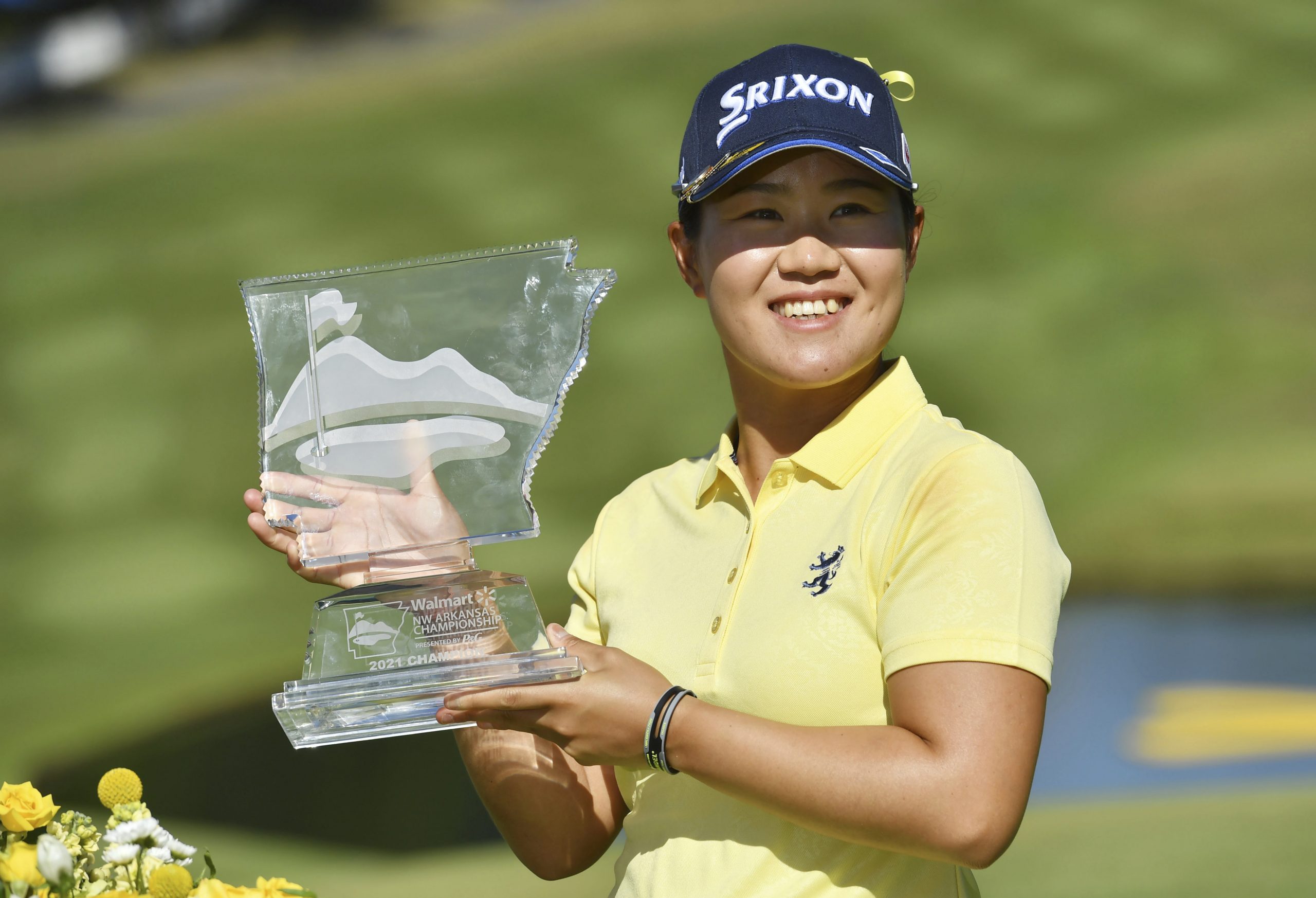 It was a good omen. Hataoka carded a 4-under 67 in the third round of the LPGA event on Sunday, September 26 and finished atop the leaderboard at 16-under 197 to win the event.

Hataoka, 22, captured her first overseas title at the 2018 NW Arkansas Championship, winning the tournament by six strokes with a tournament-record 21-under 192.

This time, she finished one stroke ahead of Australia’s Minjee Lee and Eun Hee Ji of South Korea.

“My first win being here and of course the two hole-in-ones, it kind of feels like it’s my power spot,” Hataoka told reporters at Pinnacle Country Club in Rogers, Arkansas.

Entering Sunday’s third round, Hataoka and Lee were tied for the lead at 12 under.

In the final round, Hataoka got off to a good start with birdies on the first, second and fourth holes in a round highlighted by strong competition.

But the final hole was a microcosm of the final round for her, especially over the back nine ー just one birdie.

She reached the green with two shots on the par-5 18th hole, then needed three putts to save par. On her first attempt, her shot sailed 15 feet past the hole. She regrouped. Her title-clinching shot was a 3-foot putt.

So, unlike her runaway victory in the 2018 NW Arkansas Championship, Hataoka didn’t relax over the final stretch of the final round.

“This was pretty tight, very stressful because … the other players were so close to me,” the world’s 11th-ranked player said after her fifth title on the LPGA Tour.

“This win was the most nervous that I’ve ever been,” Hataoka told reporters. “I three-putted the 18th green but every time I placed the ball down my hands were shaking. Winning here is a huge confidence boost. I want to work hard and try to win as many events remaining this season as possible.”

In July, Hataoka earned her first LPGA Tour victory since March 2019. The native of Kasama, Ibaraki Prefecture shot a 19-under 192 at the rain-shortened Marathon Classic in Sylvania, Oho.

With the victory in Arkansas, Hataoka moved past Hiromi Kobayashi, who had four wins in the 1990s, into third place among Japanese golfers on the LPGA Tour title victory list. Ayako Okamoto is second with nine wins and Ai Miyazato is first with 17.

Up next: the ShopRite LPGA Classic in Galloway, New Jersey, from Friday to Sunday, October 1-3.

With her aforementioned holes-in-one on consecutive days, Hataoka became the fifth golfer in LPGA history to hit a pair of aces in the same tournament. Tournament organizers pledged $20,000 for each hole-in-one to St. Jude Children’s Hospital.

Describing her second ace, she said: “When I hit the ball, it felt really good. It went the way it was supposed to go. Though I never suspected it would be a hole-in-one, it was amazing. I’m happy that I got the hole-in-ones, but I’m really, really happy to be able to help the St. Jude’s Children’s Hospital.”