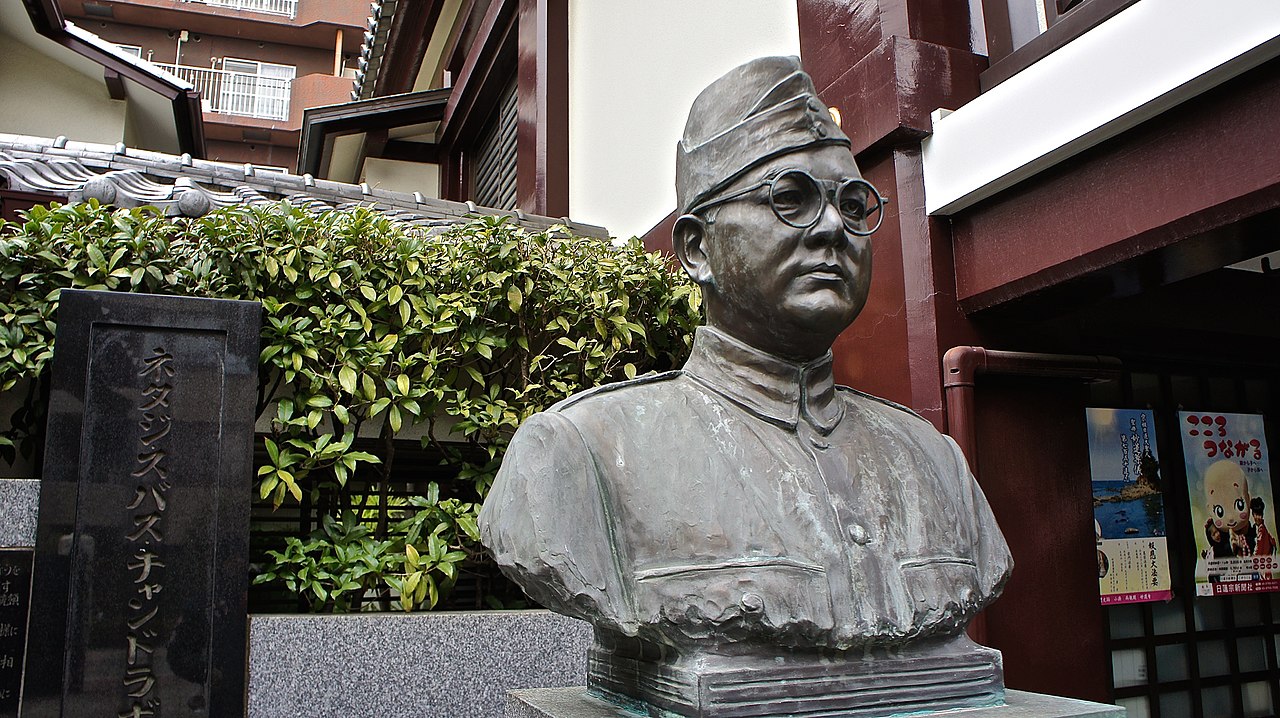 Part 3: From Japan, Bose Called on Indian Masses to Revolt Against British Rulers

During his third, and what was to be his last, visit to Japan in 1944, Netaji Subhas Chandra Bose was honored by an audience with Japan’s Emperor Hirohito, who was well-informed of Bose’s exploits.

Later, during a mass meeting organized at the Hibiya Hall under the joint auspices of the Imperial Rule Assistance Association and the Japan-India Society, Bose addressed a mixed Indian and Japanese audience and passionately spoke continuously for two hours about Indian independence.

During the meetings Bose put forward several demands. Chief among them were:

Finally, it was agreed that Bose could expand the INA by 40,000 men. Assurances were also given that arms, ammunition, and supplies would be forthcoming.

The logic of the geography in Southeast Asia and the common enemy, Britain, made the form of cooperation between Japan and the Indian independence movement only natural. Considering Japan’s strategic requirements, India formed the western perimeter of what it viewed as the Greater East Asia Co-Prosperity Sphere, which included Burma.

From 1941 until the very end of the war, the IGHQ of the Japanese military and the Cabinet had considered India to be key in the Southeast Asian scheme of things. India loomed important in the thinking of IGHQ for other reasons too, as it constituted a defense perimeter to the west of Burma.

It can be assessed in retrospect that the Japan-INA combined offensive in Imphal-Kohima in 1944 was launched a little too late. Despite the odds, Japan’s Imperial Army almost pulled it off. The battles of Imphal-Kohima were the hardest fought by the British Empire at the time, and Japan’s successful tactics of infiltration and encirclement made them more challenging.

There is considerable concurrence of opinion that, while the INA lost the battles of Imphal-Kohima, it won the war of India’s independence in the larger picture.

RELATED: Tracing My Father’s Footsteps in the Imphal-Kohima Campaign

In his June 18, 1945, broadcast from Singapore, Bose appealed to Indians residing inside and outside India not to give up the struggle, and never to compromise.

After the war, when the British put select INA officers on trial at the iconic Red Fort of Delhi, the people of India were enraged, both because of the trial, and even more so over the news of Bose’s death. The news triggered widespread mutinies in the Royal Indian Navy, the Royal Indian Air Force, and among many units of the British Indian Army, thereby setting in motion the process of the British Empire’s end in India.

Writing on Bose, R. F. Mudie, then Home Member of the Viceroy’s Executive Council, opined: “Bengal’s influence over the INA was substantial…. It affected all races, castes, and communities. Men admired him (Bose) for organizing India’s First ‘National Army’ and for so conducting himself…the Japanese were forced to treat Indians as allies. In the eyes of many, he stood on a level with Gandhi.”

On August 23, 1945, Japanese news agency Dōmei announced the news of a plane crash in Taiwan, and that Netaji Subhas Chandra Bose had died in the crash. Bose’s ashes were flown to Tokyo to the Army Ministry on September 7, 1945, where they were entrusted to Reverend Mochizuki, priest of the Renkōji Temple situated in Suginami-ku, Tokyo.

The small, well-preserved Buddhist temple established in 1594 belongs to the revolutionary nationalist Nichiren sect of Buddhism. Bose’s ashes were fittingly placed to rest following a memorial service held for him on September 18, 1945.

As one of India’s greatest sons, Bose rests at the Renkōji Temple in Tokyo.

On the 125th anniversary of Bose’s birth, India announced it would be installing an imposing statue of Netaji under the grand canopy at New Delhi’s iconic India Gate. Until the installation of the actual statue is complete, a hologram of Bose will be projected at the site of the statue.

After 125 years, Netaji’s ideals and thoughts about an independent India, its development, geopolitics, and revolution continue to reverberate in the spheres of discussion and debate. Bose, perhaps, shall be best remembered for his most iconic quote:

It is our duty to pay for our liberty with our own blood…. It is blood alone that can pay the price of freedom…. Give me blood, and I will give you freedom.