From Japan, Bose Called on Indian Masses to Revolt Against British Rulers 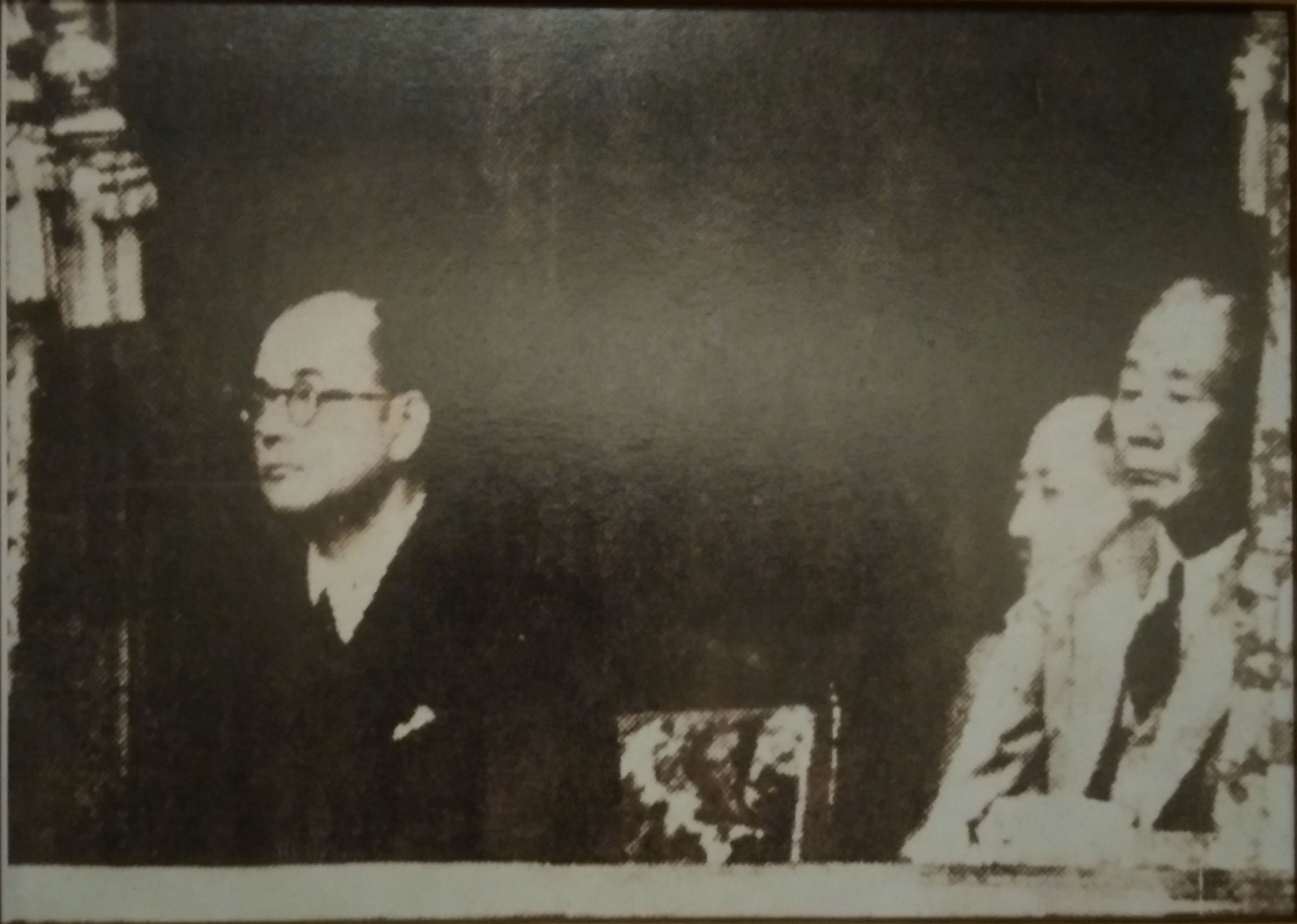 The timing of Netaji Subhas Chandra Bose’s arrival in East Asia was not his own choice. The Germans were reluctant to let go of someone considered a valuable bargaining instrument in dealing with the British.

Ultimately, Bose moved by train to Kiel and, in February 1943, accompanied by his Indian secretary Abid Hassan Safrani, he slipped away aboard a German submarine. The U‐Boat carrying Bose rounded the Cape of Good Hope, entered the Indian Ocean, and then set sail for off the island of Madagascar.

On April 20, 1943, by prearrangement, a Japanese I‐29 submarine left Penang Island for the tip of Africa. It was to rendezvous southeast of Madagascar with the German submarine. Finally, Bose and Hassan made the transfer on a rubber raft, and a drenched Bose was welcomed aboard the Japanese submarine.

The vessel then took a circuitous route to set sail for Sabang, a group of islands off the coast of Sumatra. At Sabang, Bose was received by Bin Yamamoto, president of the Hikari Kikan – a group set up by the Japanese chiefly to liaise with the Indian National Army.

From Sabang, Bose and Yamamoto flew to Tokyo, touching down en route at Penang, Manila, Saigon, and Taiwan. Bose, who was traveling incognito all along under the name “Matsuda,” landed in Tokyo on May 16, 1943, following an epic odyssey that took him three months.

Subsequently, in his meeting with the Imperial Army Chief of General Staff, Hajime Sugiyama, Bose explained his plan. He proposed first taking the port city of Chittagong (in today’s southeastern Bangladesh), then pushing onward inside of the province of Bengal.

Notably, air power and naval domination by aircraft carrier-based aviators had been key to the brilliant early successes of the Japanese Army in Malaya, Singapore, and Burma, which ended up rolling out the British Empire from the region.

Lack of naval domination had closed the option of attack on India from the sea flank. Bose and the Indian National Army had been pressing for this option as it would get them onto the Indian mainland at the earliest time. They wanted to attack via Chittagong, into what is now Bangladesh.

The very difficult land route from Burma to India’s northeast was a logistical nightmare. Bose still was confident that the very news of an army of Indians attacking India to liberate it from Britain would cause the Indian masses to rise in revolt. This, in turn, he believed, would inspire the rank and file of the British Indian Armed Forces to open rebellion.

It was persuasion by Sugiyama and Foreign Minister Mamoru Shigemitsu which prevailed upon Prime Minister Hideki Tōjō to meet Bose.

On June 10, 1943, the first of two meetings took place. The enchantment and passion of Bose worked on Tōjō immediately. Though the meeting was brief, Bose knew he had succeeded when Tōjō promised another meeting four days later.

Bose, with his customary frankness, asked Tōjō: “Can Japan give unconditional help to the Indian independence movement? I would like to confirm that there are no strings attached to Japanese aid.”

Tōjō immediately gave Bose an affirmative reply. Moreover, Tōjō was ready to publicly affirm his official support for Bose and the INA.

On June 16, Bose attended the 82nd extraordinary session of the Japanese Diet. Prime Minister Tōjō made a historic address on the Greater East Asia Co-Prosperity Sphere.

Bose then listened intently in the audience, as Tōjō declared: “We firmly resolve that Japan would do everything possible to help Indian independence. I am convinced the day of Indian freedom and prosperity is not far off.”

Although it was not Tōjō’s first mention of India in the Diet, the 1943 address was different in that this time Tōjō promised aid and cooperation for Indian independence.

Given Japan’s aim of encouraging India’s independence movement as a political weapon against Britain, Bose’s arrival in Japan further ignited Indian patriotism. This also impacted upon the Japanese policy towards India and Burma. Gradually, as it unfolded, Bose’s steps vindicated the work of the Fujiwara Kikan (intelligence operation) and its successors in cementing India’s cooperation with Japan.

On June 19, in his first press conference in Japan, Bose expressed gratitude toward Tōjō’s Diet speech and referred to the 2000-year-old cultural bond between Japan and India.

RELATED: Finding the Indo-Pacific Through the Tales of Tokubei Tenjiku

Tokyo Radio on the same day quoted Bose, “I can say with utmost confidence that, apart from any assistance we may receive from the Japanese government, Prime Minister Tōjō is personally anxious to see India free from the British yoke at an early date.”

Two days later, Bose went on air for his first broadcast to India from Radio NHK Tokyo, announcing his presence in Japan. He called for the Quit India Movement in India to be escalated to an armed revolt by the Indian masses against British rule.

The news of Bose’s arrival in Japan electrified the large Indian diaspora in Singapore and other Southeast Asian countries, too. On June 27, 1943, following a successful month spent in Tokyo, Bose was on his way to Southeast Asia.