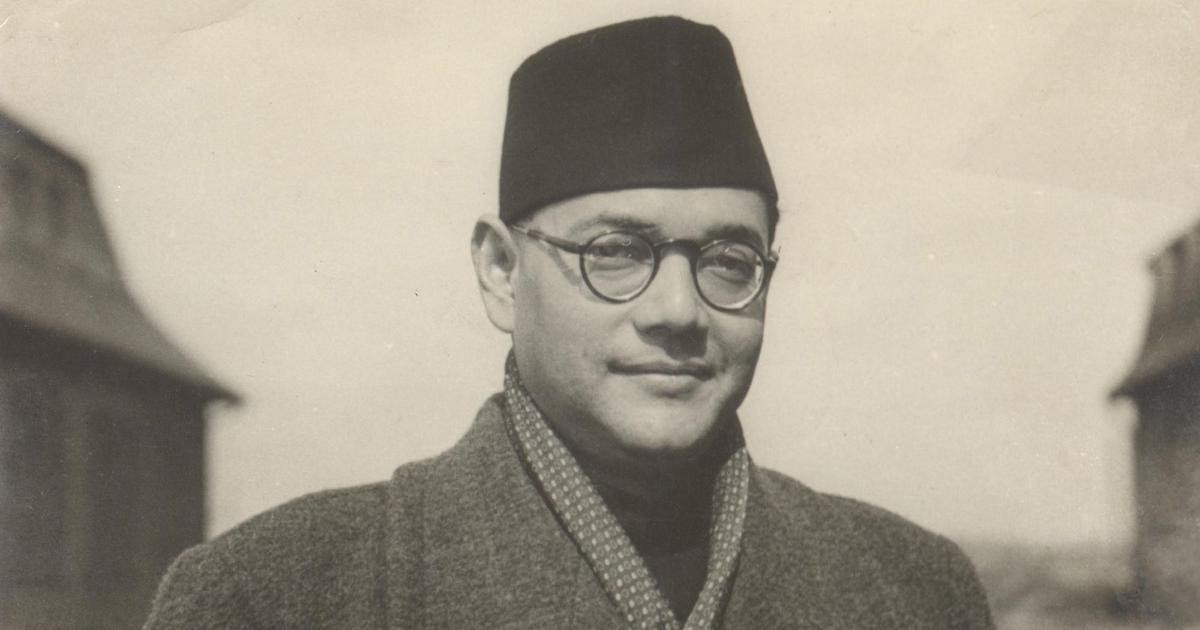 Part 3: From Japan, Bose Called on Indian Masses to Revolt Against British Rulers

India gained its freedom from colonial British rule in 1947. That independence followed a long, protracted struggle, which had many phases, and defining moments. Among the most significant ones was the role of the Indian National Army (INA) under the leadership of Subhas Chandra Bose, popularly known as Netaji (Respected Leader).

Nurtured in a family steeped in the reformist doctrines prevalent in Bengal at the turn of the century, Bose was a Bengali revolutionary who advocated the use of force as the only means to rid the Indian motherland of British rule. With a perspective on India’s struggle for independence radically diverging from Mahatma Gandhi’s, Bose went on to become the undisputed leader of the Indian nationalist movement’s militant wing.

Bose was placed under house arrest in 1940. However, he managed to elude the authorities and escape to Afghanistan, and thereafter to Germany. He was convinced that World War II provided a once-in-a-lifetime opportunity for India to gain its freedom. This was India’s last and desperate chance, he believed.

For Netaji Bose, the war presented a golden opportunity to reach out to Britain’s adversaries, namely Germany and Japan, and seek their assistance to free India. He realized the potential of receiving crucial assistance from Imperial Japan.

Reaching Out to Japan

A seminal 1971 study on the subject by Joyce Chapman Lebra titled The Indian National Army and Japan (Institute of Southeast Asian Studies) focuses intensely on the interaction between Japan and the Indian independence movement in East and Southeast Asia. The logic of the alliance was the existence of a common adversary, Britain.

On the Indian side, initiative for the alliance was exhibited by Netaji Subhas Chandra Bose and his revolutionary predecessors, Mohan Singh and Pritam Singh. On the Japanese side, it was a young major sent by the Imperial General Headquarters to Bangkok on an intelligence mission who became a key connection. This young officer, Major Iwaichi Fujiwara, brought India to the attention of the IGHQ and was instrumental in helping to organize the INA. Archival research reveals that it was Fujiwara who established the initial credibility of Japanese aid for the Indian independence struggle during the nascent inception of the INA.

For Japan there were strategic considerations vis-à-vis the total war. For Japan, India initially remained a peripheral concern and was not clearly defined in Tokyo’s aims and objectives for Southeast Asia. For that matter, India did not figure in the grand design for Japan’s Greater East Asia Co-Prosperity Sphere, first conceived in 1940. According to the latter, Greater East Asia would sweep through Southeast Asia, westward, to the then-Indo-Burmese border.

Geography dictated strategy and thinking, and India lay west of the expanding periphery of Japan’s wartime Greater East Asia Co-Prosperity Sphere. However, by early 1941, when the portents of war in the Pacific were unmistakable, Japan’s diplomatic communiqués from Calcutta to Tokyo sent detailed descriptions of India’s independence movement, particularly the one brewing in Bengal.

The attention of Imperial Japan’s foreign ministry [the Gaimushō] was drawn to the Indian revolutionary in exile in Berlin (Bose) by both Calcutta and the Japanese embassy in Berlin. It was then, in 1941, that the IGHQ in Tokyo took deeper notice of India’s independence movement.

The Japanese military attaché in Berlin was instructed to contact the exiled Bose and submit a report on him. Almost coincidentally, Major Fujiwara was sent to Bangkok by the Intelligence Bureau on an intelligence mission carrying instructions by the chief of general staff, Hajime Sugiyama. In her book, Joyce Lebra argues that Fujiwara’s instructions were general, keeping in mind the situation of India in relation to the total Greater East Asia Co-Prosperity Sphere, thus allowing Fujiwara much leeway in the use of his own understanding and initiative.

Once hostilities broke out in the Pacific, two events ended up forcing India to the attention of IGHQ. First was Japan’s military successes in Malaya and Thailand, particularly the capture of Singapore with thousands of Indian prisoners of war. The second was reports by Major Fujiwara on the creation of a revolutionary Indian Army eager to fight the British out of India.

Japan’s Prime Minister Hideki Tōjō and Chief of General Staff Sugiyama took passing notice of India when the campaigns in the Pacific were piling up impressive victory after victory for the Japanese.

In early 1942, Tōjō made several calls in the Japanese Diet, urging Indians to rise and shrug off the oppressive grip of British rule. The IGHQ also invited Indian representatives from Southeast Asia to Tokyo in March for a conference on the means to encourage India’s independence struggle.